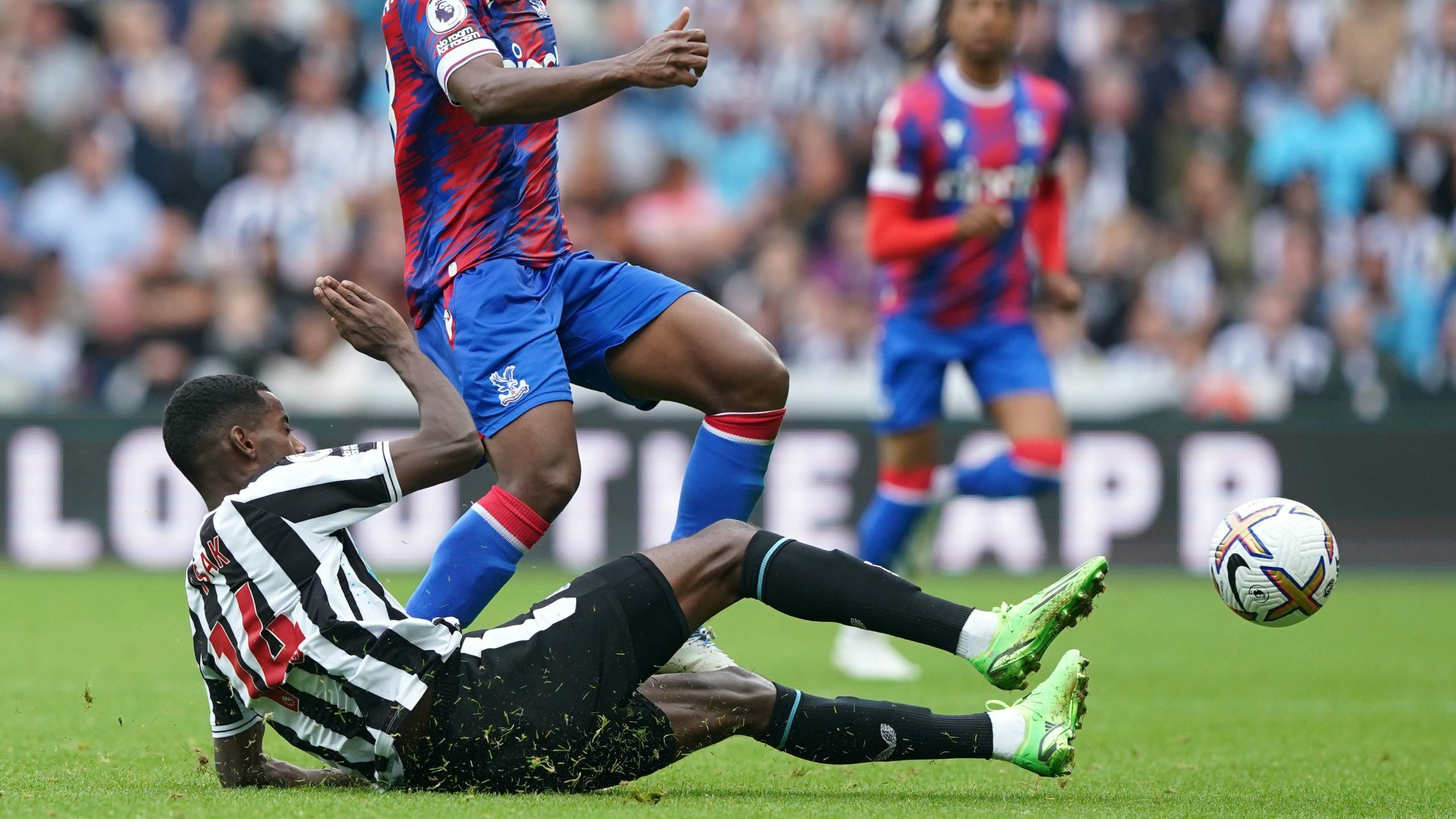 By By Damian Spellman PASeptember 3, 2022No Comments

Record signing Alexander Isak wasted the opportunity to mark his home debut with a goal as Newcastle were held by Crystal Palace in the Premier League.

The £58million man, who scored in is first appearance at Liverpool in midweek, could not beat Eagles goalkeeper Vicente Guaita one on one just 16 minutes into his bow in front of an expectant crowd of 51,863 at St James’ Park.

Guaita later saved a Sean Longstaff header and saw Miguel Almiron’s deflected shot come back off the upright, but Nick Pope had to block substitute Odsonne Edouard’s late shot with his right foot to ensure his side came away with a point from a 0-0 draw.

The Magpies, who invested in excess of £110million in the summer transfer window, have lost only one league game to date this season, but have not won since their opening day victory over promoted Nottingham Forest.

Once again shorn of the inspiration provided by Bruno Guimaraes and Allan Saint-Maximin through injury, Newcastle took the game to the visitors from the off.

Ryan Fraser and Almiron exploited space out wide as defender Fabian Schar and midfielder Longstaff picked them out with a series of long balls.

However, it was Palace who mustered the first attempt on goal when, after Isak had headed away Eberechi Eze’s sixth-minute free-kick, Wilfried Zaha shot firmly from distance, but straight at Pope.

With Zaha and Jordan Ayew starting to force their way into the game, Patrick Vieira’s men managed to stem the flow towards their own goal, although Isak should have opened the scoring with 16 minutes gone when he charged down Joachim Andersen’s attempted clearance and ran in on goal, but failed to beat Guaita with his chipped effort.

Almiron scooped a 19th-minut attempt high over after Joelinton had challenged for Kieran Trippier’s lofted ball, and the Brazilian fired into the side-netting seconds later.

Pope had to pull off a fine one-handed save to deny Jean-Philippe Mateta after he had turned on Cheick Doucoure’s astute 27th-minute pass inside the penalty area, but Guaita had to claw away Longstaff’s 34th-minute header before Joelinton’s follow-up was scrambled away by Doucoure.

The woodwork came to the visitors’ rescue two minutes later when Almiron’s shot was deflected on to the foot of the post, and Guaita denied Sven Botman from a tight angle and Isak as the half-time whistle approached.

Newcastle thought they had taken a 51st-minute lead after Tyrick Mitchell had bundled the ball into his own net, only for referee Michael Salisbury to rule it out for a foul by Joe Willock on Guaita after a VAR review.

Almiron dragged a left-foot volley across the face of goal as the home side penned Palace back, but not for long and it was the Magpies who found themselves on the back foot as the game entered its final quarter.

Pope managed to repel Edouard’s goalbound 73rd-minute strike with a foot, but Guaita was at full-stretch three minutes later to tip away Willock’s effort with the former Arsenal midfielder stabbing harmlessly wide at the end.