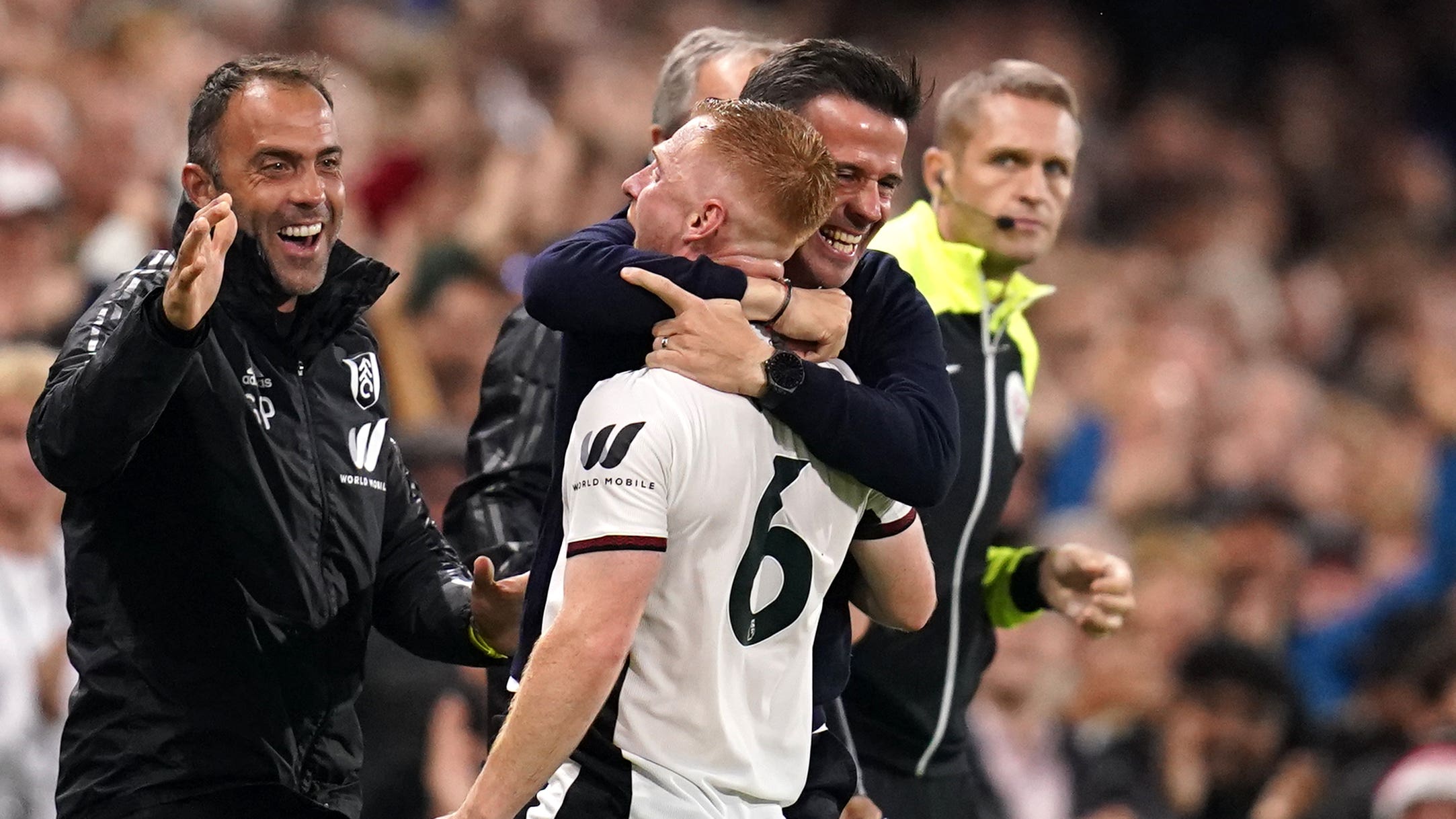 Villa went into the match sitting outside the relegation zone on goal difference alone, having won just two matches this season.

And they were subjected to yet another defeat by a dominant Fulham side, with the visitors booed off by their own fans at half-time and the final whistle.

Fulham – without a win in three matches before Thursday – had started brightly and were rewarded for their early pressure in the 36th minute when Harrison Reed fired in from the edge of the box.

Douglas Luiz was shown a second-half red card following a VAR review of a minor altercation with Aleksandar Mitrovic, and Fulham dominated afterwards.

A Matty Cash handball led to a penalty for the hosts, converted by the Serbia striker, before Tyrone Mings put the ball in the back of his own net for Fulham’s third.

Willian had Fulham’s first significant chance of the game in the fourth minute as the home side started brightly, but his shot was straight at Emiliano Martinez.

Mitrovic was then picked out expertly by a long ball into the box but nodded over the bar.

Fulham looked to be edging even closer when Andreas Pereira fired wide after being picked out by a Willian corner. Martinez had to dive low to deny Mitrovic from the following corner – an effort that was blocked on the line by Mings.

Martinez had to be alert again in the 33rd minute to palm behind a curled low effort from Willian, but despite their possession and chances, Fulham had not been able to find the breakthrough.

In the 36th minute, Villa failed to clear a corner and the ball fell to Reed at the edge of the box. The midfielder made no mistake, taking a touch before firing past Martinez.

Villa had their first significant chance of the game just before half-time, when Bernd Leno was unable to gather after punching the ball upwards, and Issa Diop had to block Ollie Watkins’ follow-up effort on the line.

The second half started in a slightly more end-to-end fashion, with opportunities for both sides, although the Cottagers continued to look the more dangerous.

Matters got worse for Villa and boss Gerrard in the 63rd minute when Luiz was controversially sent off following a VAR review.

Luiz and Mitrovic had squared up with some minor contact between them, but the Villa player was shown a red card for the altercation.

Cash’s handball in the box opened the door for Fulham to score their second shortly afterwards.

The Villa defender blocked the ball onto his own arm from a Mitrovic shot and referee Michael Oliver pointed immediately to the penalty spot.

The Fulham number nine took his chance, slotting home his eighth goal of the season.

Fulham wrapped up the scoring and put the result beyond doubt when Mings turned a Neeskens Kebano ball across the box into his own net.