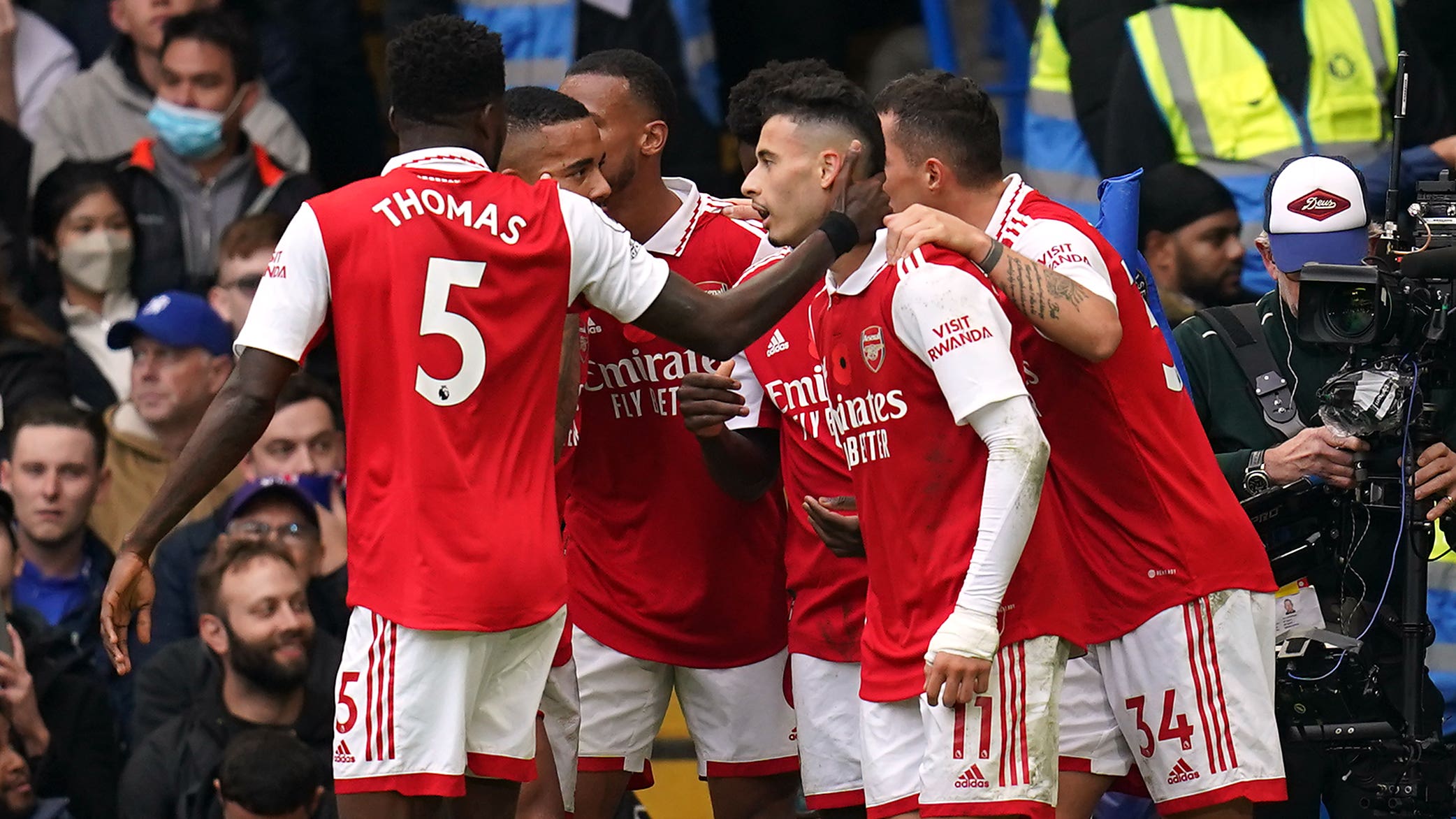 Gabriel guides Arsenal back to the Premier League summit

Gabriel fired Arsenal back to the top of the Premier League after a hard-fought 1-0 win over Chelsea at Stamford Bridge.

The central defender stabbed Bukayo Saka’s 63rd minute cross over the line after it had evaded all the blue shirts at the near post to edge the Gunners ahead of Manchester City once again.

Chelsea had been looking to return to winning ways in the league having been hammered 4-1 at Brighton the previous weekend as manager Graham Potter suffered his first loss since taking charge in September.

However, the Blues struggled to impose themselves and slipped to back-to-back league defeats having mustered just two shots on target.

Miguel Almiron scored his seventh goal in as many Premier League games as Newcastle won 4-1 at Southampton to climb into third place, ahead of Tottenham’s clash with Liverpool.

Almiron struck 10 minutes before the break at St Mary’s Stadium with substitute Chris Wood and Joe Willock easing them clear with second half goals.

Romain Perraud pulled one back with a fine stoppage-time finish, but the Magpies had the final say through Bruno Guimaraes on a day when they were not at their best, but still managed to secure a fourth successive league victory and a sixth in seven attempts.

Unai Emery enjoyed a dream start to life in the Aston Villa hotseat as meek Manchester United fell to their first Premier League loss at Villa Park since 1995.

A run of 23 winless home league games against the Red Devils stretching back 9,941 days came to an end as Steven Gerrard’s successor, who turned down the Newcastle job a year ago, oversaw a 3-1 victory in his first match in charge.

Leon Bailey struck and Lucas Digne scored a delightful free-kick within 11 minutes at a rocking Villa Park, where Jacob Ramsey atoned for deflecting in a Luke Shaw strike by scoring a fine effort for Emery’s elated side.

Michael Olise curled home a stoppage-time winner as Crystal Palace finally broke their duck on the road with a dramatic 2-1 win at West Ham.

Said Benrahma had fired the Hammers into the lead with a sizzling strike before Wilfried Zaha hauled Palace level before the interval.

The home side were awarded a late penalty for Marc Guehi’s tug on Michail Antonio, but saw referee Paul Tierney reverse his decision after being advised to review it and their misery was complete when Olise snatched victory at the end.