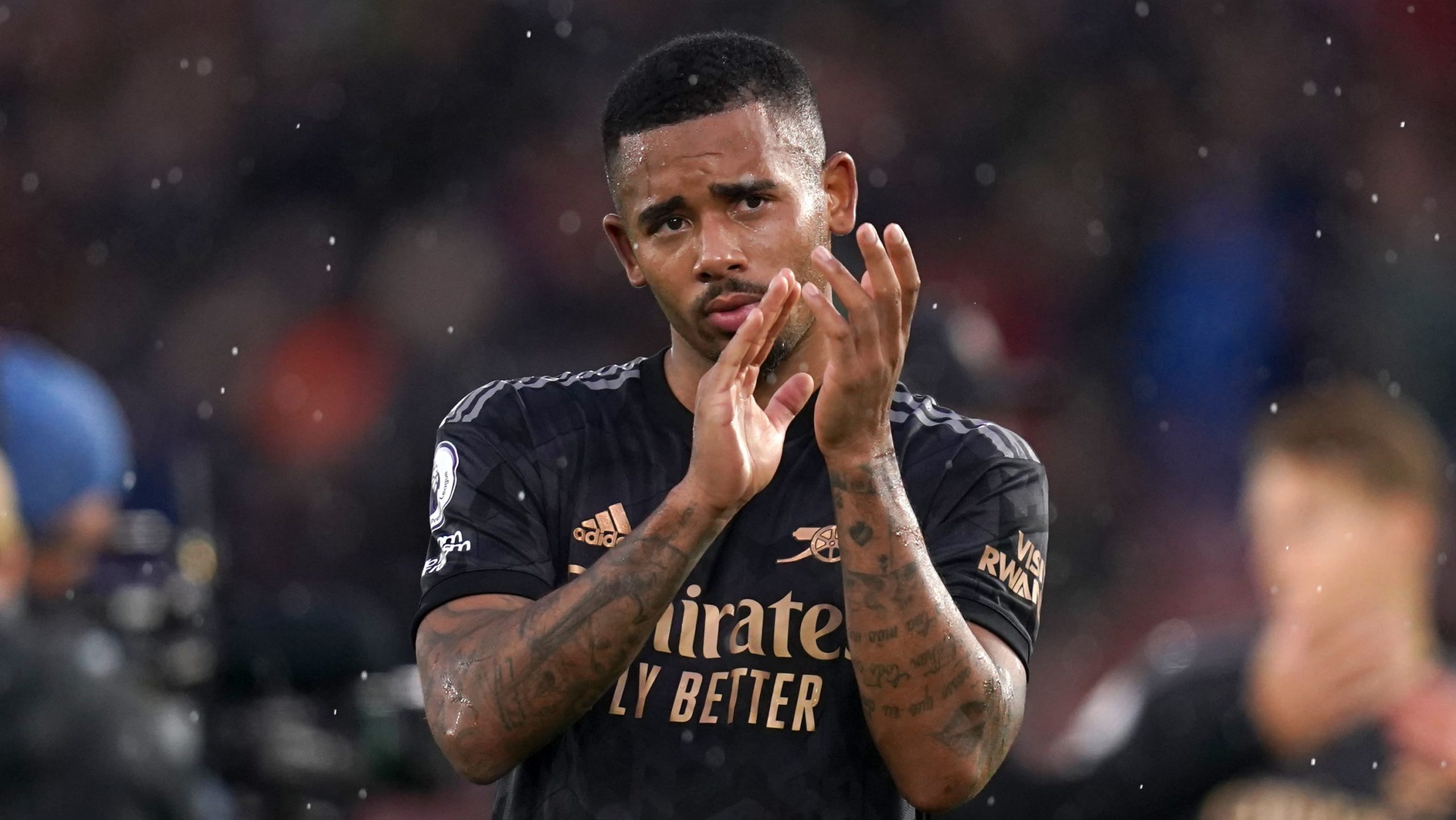 Gabriel Jesus says Arsenal’s stuttering 1-1 draw at Southampton must serve as a wake-up call for the Premier League leaders.

Mikel Arteta’s in-form side led at St Mary’s through Granit Xhaka’s early strike but dropped points for only the second time this season after fading during a sloppy second-half performance.

Gunners forward Jesus failed to capitalise on a handful of opportunities to stretch the visitors’ advantage before Stuart Armstrong equalised for battling Saints, 25 minutes from time.

While the Brazil international expects intense public scrutiny of Sunday’s display, he is optimistic of a swift response and urged his team-mates not to panic.

“Everyone is a little bit upset because we know we could win the game, get the three points,” Jesus told his club’s website.

“I think they played good, but we were better than them. We give them a lot of easy balls and then we don’t score the goals with the chances we create.

“Now is the time you know everyone is going to talk about us, about our performance; I just want to say to the team to be calm.

“We are going to come back strong, play our football, like we started the season and everything is coming back to normal.

“Sometimes you drop a little bit, but you have to realise and wake up. That’s what we have to do.”

Jesus’ mini goal drought stretched to five games in all competitions on the south coast.

The £45million summer signing from City has no doubt he will start hitting the net again soon as he seeks to increase his tally of five goals in 14 appearances.

“I don’t know, I really don’t know,” he replied, when asked what went wrong for him in Hampshire.

“If I know, I can tell you. But the only thing I can do is keep trying, keep fighting, keep improving.

“I am here to score goals, I am here to help the team with the goals. I understand that. Of course, the goals are coming back soon.”

The Austrian hailed the result as a “very, very important statement”.

“I am very proud because I saw a team fighting for this club, for these games and for the results,” said Hasenhuttl.

“We have taken five points and are still 15th in the table so you know how tough the league is.

“But I’m not scared because I see what we can do and how resilient we can be and this was a very, very important statement against the top of the league.

“As soon as we found the right shape, you could see the identity we have as a team and as a club and I think this is what the people want to see here.”