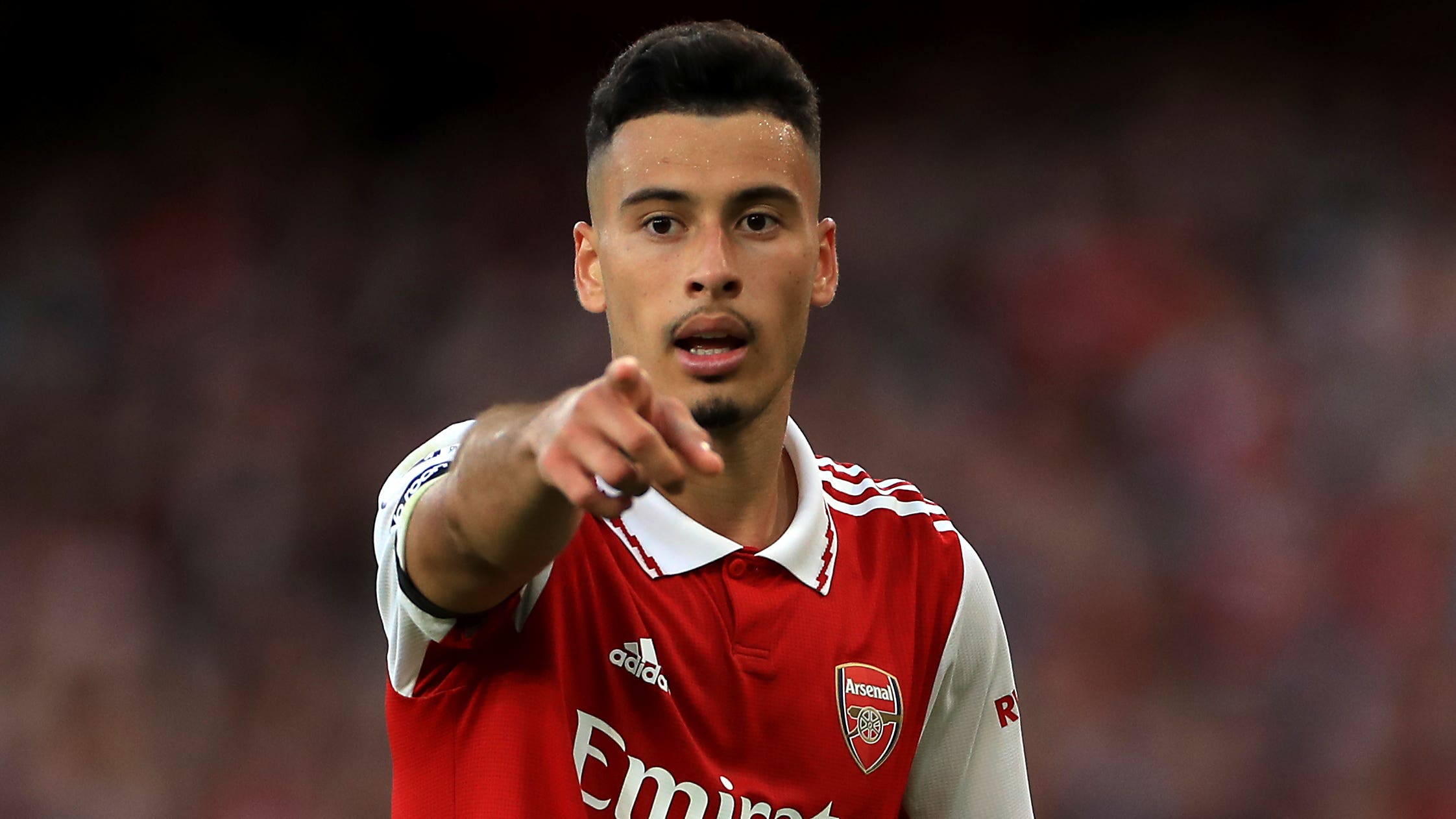 Gabriel Martinelli wants Arsenal to remain grounded after they returned to the top of the Premier League with a hard-fought 3-2 victory over Liverpool.

Bukayo Saka scored the winner from the penalty spot to send the Gunners back to the summit, with Sunday’s opponents now trailing 14 points behind having pushed Manchester City all the way for the title last term.

Arsenal have enjoyed an impressive start to the season – having lost just one game against Manchester United – and are being spoken about as contenders, but Martinelli, who fired Arsenal into an early lead against Liverpool, has urged caution.

“I think we need to keep our feet on the floor and go game by game and try to win all of them,” the Brazilian told the club’s website.

On the game itself, Martinelli added: “I enjoyed it a lot, it was a great game and I think it’s a game that everyone wants to play, not just me, I think all of the players enjoyed the game.”

While Arsenal were on a high after securing the points, Liverpool boss Jurgen Klopp was downbeat and admitted his side “have problems at the moment”.

The Reds were unable to snatch a point despite coming from behind twice to level the game.

Klopp said: “We have problems at the moment but because the team in form, the leader of the table…even in a really bad situation for us with early changes, we caused them real problems, so that’s the truth as well.

“Of course, in a situation like ours, we play Arsenal, now we play Rangers and then we play Manchester City. Is that the perfect opponent for finding confidence back? Probably not.

“But we work on solutions – today I saw some of them. But what you build with your hand you knock down with your backside, that’s not helpful and that’s what we did (at Arsenal).

“That makes it obviously even more difficult but we will keep going.”