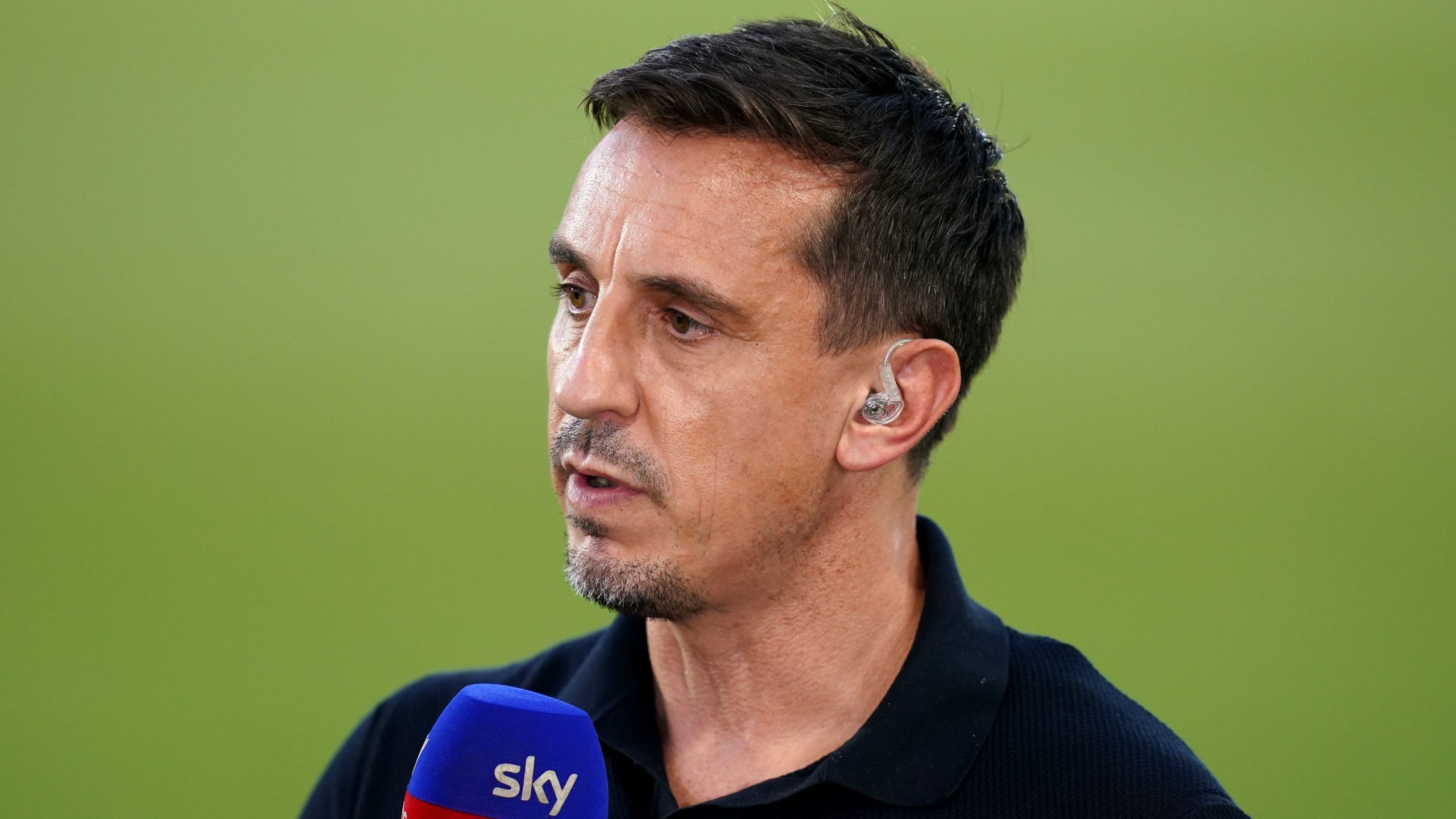 Former Manchester United defender Gary Neville has told owner Joel Glazer to “get on a plane tomorrow” after witnessing “a new low” in the club’s recent history.

In an impassioned plea, Neville accused the Glazer family of presiding over a “rotting” club after Erik ten Hag’s United conceded four goals inside the opening 45 minutes of a Premier League game for the first time on their way to a humiliating 4-0 defeat at Brentford on Saturday.

The Sky Sports co-commentator was scathing during the match, describing the contest as “like a men’s team against Under-9s”, and pulled no punches after the final whistle.

Neville said: “That Manchester United team don’t run hard enough, they don’t run fast enough, but they are absolutely drained of all confidence. They’re struggling badly and they have been now for 12 months, and they’re not being helped.

“Maybe some would say they don’t deserve help, they’ve got to help themselves. I get that, but I’ve been in struggling teams before, I’ve been a coach of a struggling team where you see that a team is suffering and it needs something, and that’s got to come from above.

“But today was a new low, and it seems that continually, Manchester United can surpass their previous lows – and where and when is the lowest low going to come, because the reality of it is this is really, really bad.”

Neville was involved in a heated debate with pundit Jamie Redknapp as they discussed who was to blame afterwards, with the former Liverpool and Tottenham midfielder at one point saying: “Just look a me when I’m talking to you.”

Redknapp had earlier delivered a withering verdict on the players who capitulated after David de Gea’s error had handed the opening goal to Josh Dasilva.

He said: “They’re not showing any character, which is what you want, certainly when you play for a big club like Manchester United. It was shambolic.”

However, Neville laid the responsibility firmly at the feet of the club’s owners.

He said: “You can’t blame the individual player or the manager, you’ve got to look at above, you have to look to the very top now and this week, honestly, they are going to get peppered, those players, the coach, the sporting department, the new CEO, they’re all going to get peppered.

“But there’s a family over there in America who are just literally letting their employees take all the hits for them, and that is unforgivable.

Neville, who questioned the club’s ability to land the transfer targets it needs to perform the “open-heart surgery” identified by interim boss Ralf Rangnick, and described Old Trafford itself as “decrepit” following a lack of investment, added: “They’ve had failure for 10 years at Manchester United, the club is rotting.”

Fellow Sky pundit Jamie Carragher changed his Twitter profile picture to a mocked-up image of Neville in clown make-up after the ex-United full-back bemoaned the fact that, “I’ve got Monday Night Football to come with that balloon”.

Former England striker turned broadcaster Gary Lineker noted on Twitter “This could finish with Eric Ten down” – before correcting the spelling of Ten Hag’s first name to Erik – and also questioned whether United’s new yellow and green third kit would be prematurely retired.

“This is extraordinary,” he wrote. “@ManUtd 4 down in 35 minutes. Not sure this kit will see the light of day ever again.”

Local newspaper the Manchester Evening News included half-time player ratings in its live blog of the game, with all 11 given 0/10.