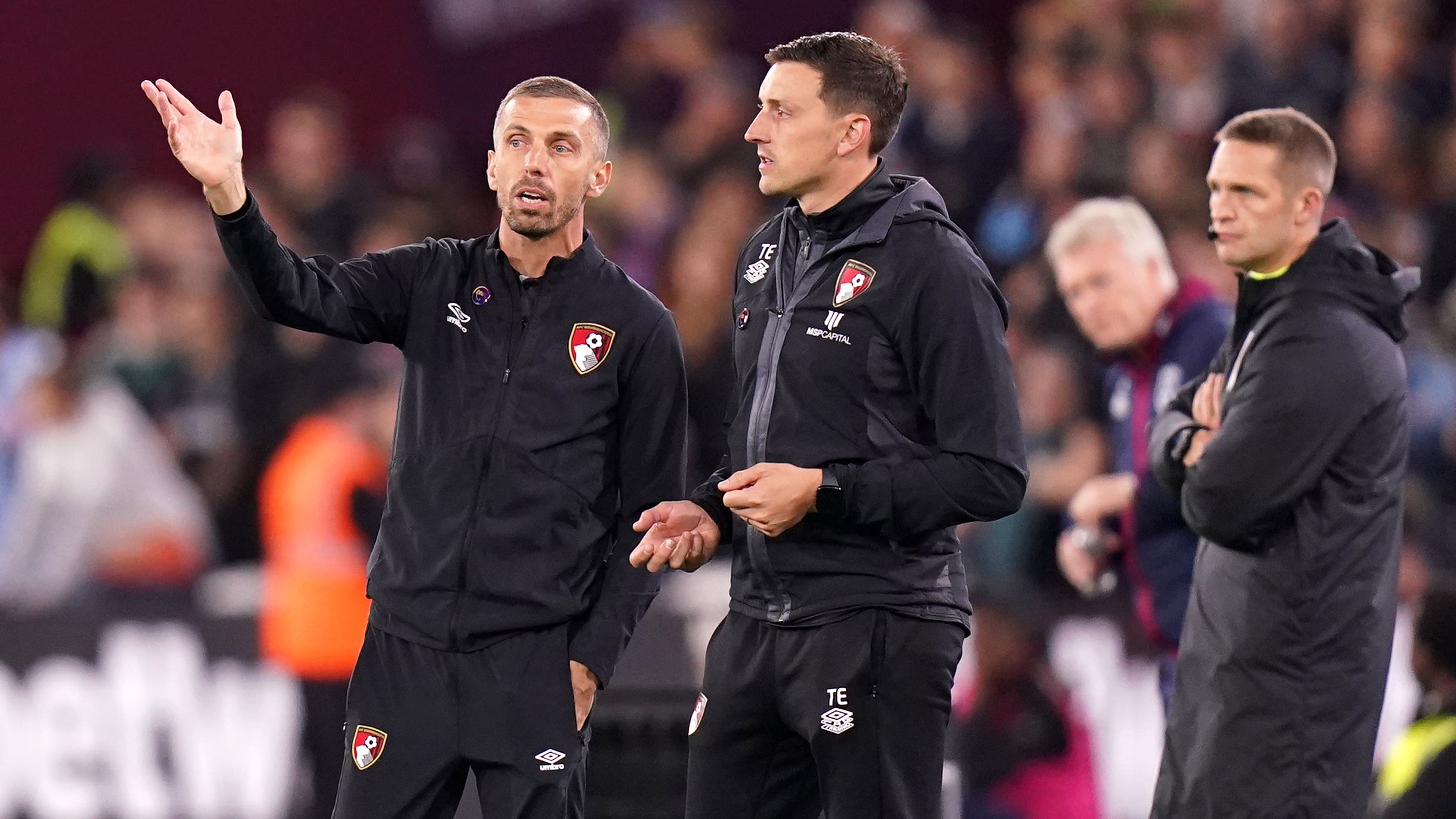 Zouma’s first goal since November 2021 was allowed to stand by the VAR despite a clear handball by Thilo Kehrer.

The defender scooped Jarrod Bowen’s corner into the air before the ball was headed clear by Chris Mepham, nodded back by Tomas Soucek and eventually over the line via the top of Zouma’s head.

The word from Stockley Park was that because the handball was not deliberate, and had not led directly to the goal, it was allowed to stand.

O’Neil was booked for his protests just before half-time and made his feelings clear to referee David Coote at full-time.

“I’m doing that every game at the minute,” said the Cherries caretaker boss.

“We’re obviously disappointed with the first goal, it was a terrible decision. It cannot stand, it’s impossible that that’s a goal.

“His arm moved towards the ball. I can’t understand how that can be given. I just can’t even believe we have to discuss it, it’s handball 100 times out of 100.”

Bournemouth’s luck deserted them again in stoppage time when Vladimir Coufal’s cross struck the arm of Cherries substitute Jordan Zemura as he slid in to block, with Said Benrahma converting the penalty.

“They get one breakaway and cross the ball with hardly anyone in the box. Anyone who’s ever slid for a ball will not have their hands by their side, it’s impossible.

“The hard thing to take is the huge advantage West Ham gained for their two handballs, and we were getting no advantage from the ball hitting Jordan’s hand.”

Hammers boss David Moyes has complained recently that too many calls were going against his side – but the Scot had certainly got lucky this time.

“I’ve genuinely not seen any of the incidents,” he said. “Obviously Bournemouth are disappointed with how it went. But what I would say is our performance merited better goals than we scored.”

Victory for West Ham moved them up seven places to 10th in the Premier League.

“We’re in a decent position after our poor start to the season,” he added.

“It’s a huge lift, nobody wants to be down there, let’s not kid anyone.

“But we’ve deserved more points, we’ve had a bundle of bad decisions. We need to be more clinical and I thought we played very well tonight.”