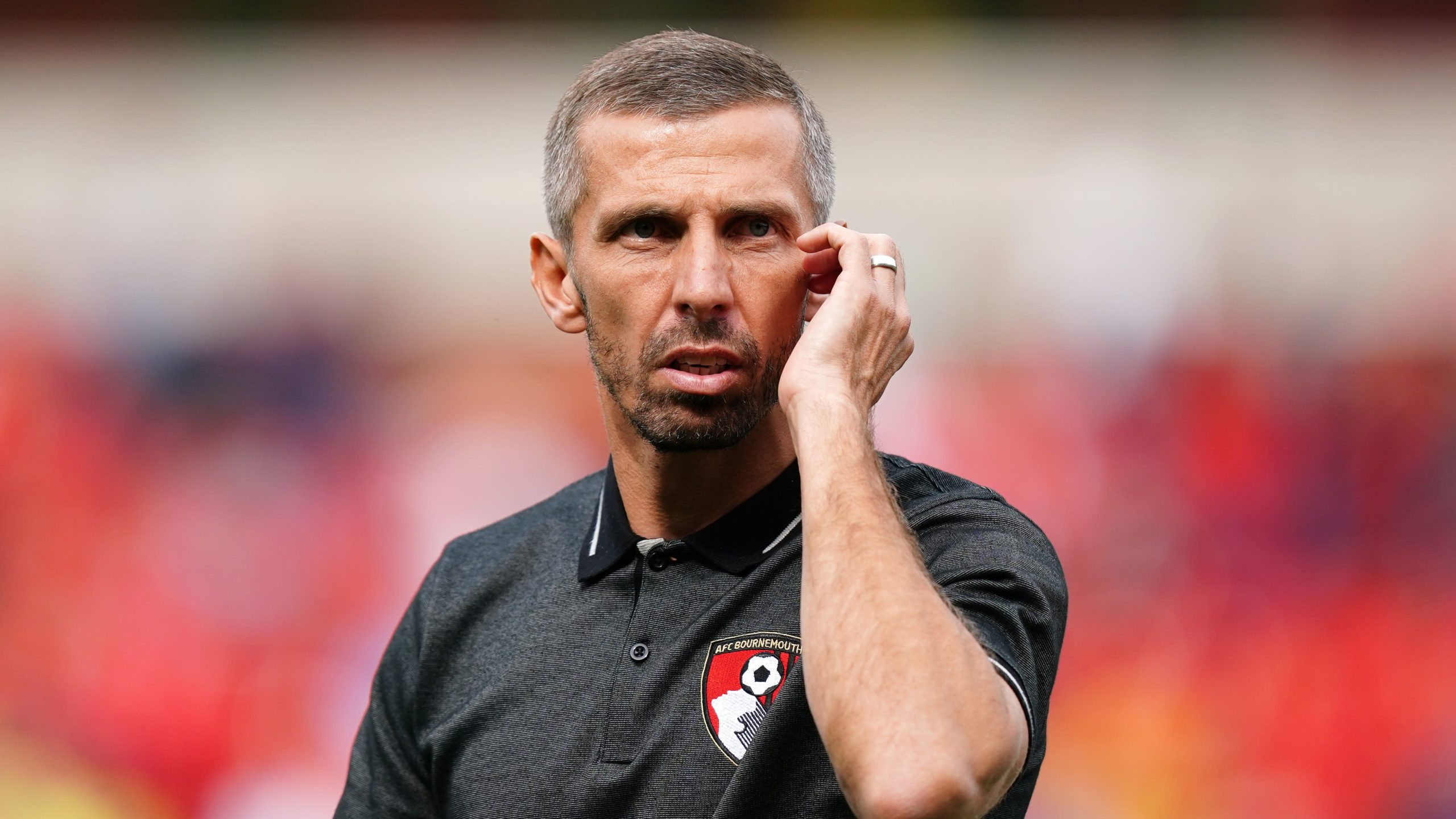 Gary O’Neil maintains he has received no approaches about any other jobs as he remains fully focused on his caretaker role at Bournemouth.

Since taking over from Scott Parker, who was sacked just four Premier League games into the season on the back of a 9-0 thrashing at Liverpool, former midfielder O’Neil has steadied the ship with a six-game unbeaten run.

Despite the upturn in form, there remains uncertainty over his long-term future at the Vitality Stadium amid a background of an expected takeover by American businessman Bill Foley.

O’Neil had been linked with the vacancy at Sky Bet Championship side Middlesbrough and also Huddersfield.

The 39-year-old, though, maintains all he has time for at the moment is making sure the Cherries’ revival continues as they prepare to host Southampton on Wednesday night.

“I have been fully focused on the Bournemouth job. I have had no contact, nothing from anywhere else,” O’Neil said when asked if he had been approached by any Championship clubs.

“I have spent every moment focused on the team, making sure we are ready for the next game.

“There has been no interest or I have not been interested to look anywhere else.”

“I have been at Bournemouth for 18 months and I have been fully focused on Bournemouth since the moment I walked in the door. That hasn’t changed for a single second in the last six weeks.”

In his six games at the helm, Bournemouth have drawn four matches and won twice.

The Cherries failed to hold onto a first-half lead at Fulham last weekend, pegged back by a controversial penalty from Aleksandar Mitrovic.

O’Neil feels the group have so far done all that has been asked of them, even if the final outcome was not always three points.

“The sort of perfectionist in me wishes we had won a few more of them, but we have been on a good run,” he said.

“It doesn’t mean anything going into the next one, but we have been on a good run.

“What I have said from the start is the boys need to give a certain level of performance in every moment of every game and in all six games, in every minute of it, they have given that.

“They have been fully focused and fully committed, have given everything at every moment.

“Results can be defined by small margins and decisions, things that can go against you, but if you perform in a certain way and apply yourself in a certain way, you give yourself a really good chance of being competitive.

“That is what has pleased me the most in all six games really, just that we have been really competitive in every moment.

“We have done a good job so far as a group of players, but the next one is always massive. It can change so quickly.”

O’Neil reported no fresh selection concerns from the Fulham match, which saw Joe Rothwell and Junior Stanislas return to the bench after injury lay-offs to bolster the ranks.

“A few weeks ago, the bench was basically everyone that was fit, so it is nice to get a few back,” O’Neil said.

“I have a few decisions to make now when I am naming the bench and starting XI.”