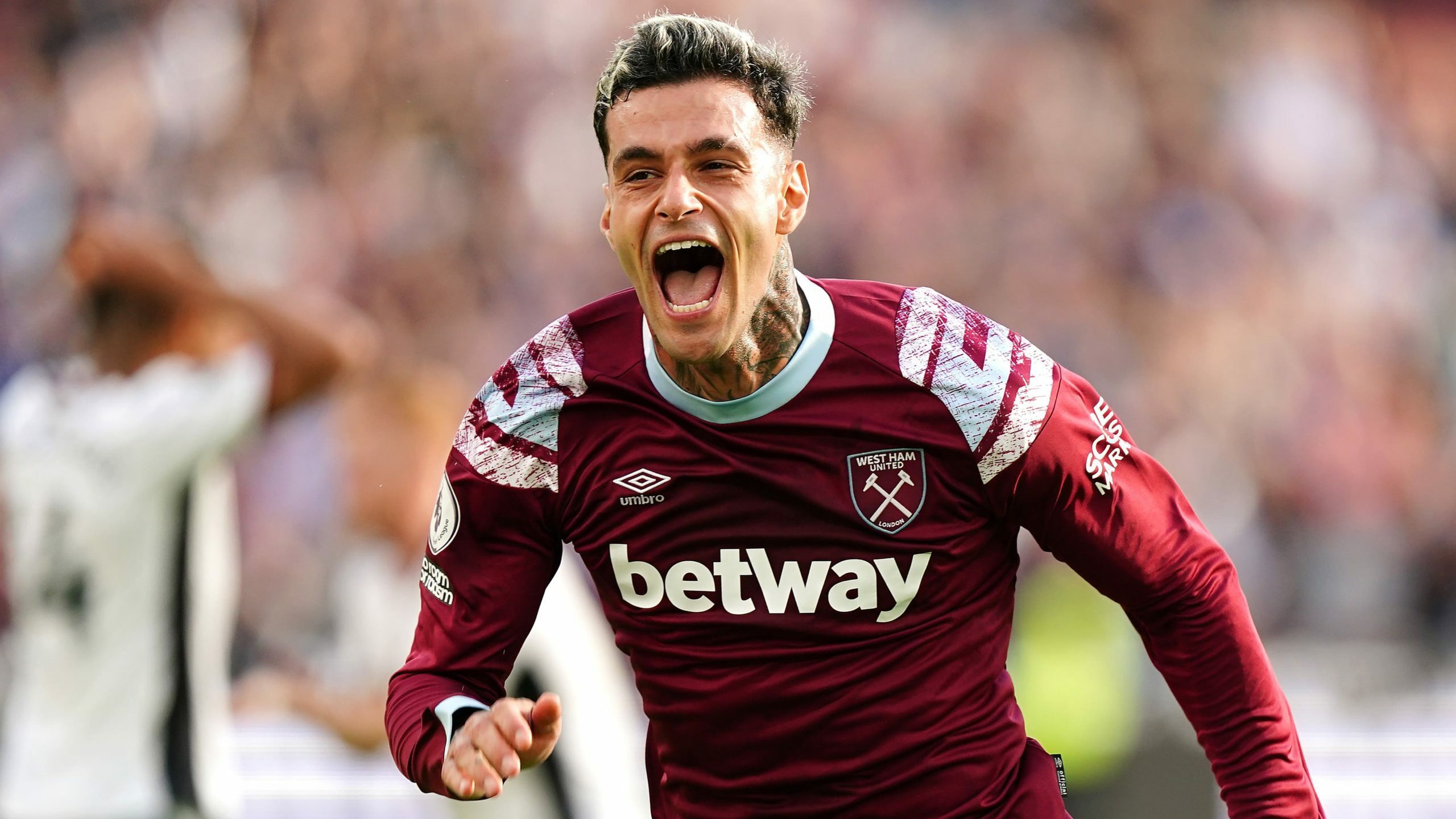 Gianluca Scamacca scored a brilliant, controversial goal as West Ham made it three victories in a week by beating Fulham 3-1.

Italy striker Scamacca, a scorer against Wolves last Saturday and at Anderlecht in Europe in midweek, showed his growing composure in front of goal with an audacious chip over Bernd Leno.

VAR studied the replays for a hint of handball but the goal was given, prompting a touchline meltdown from Fulham boss Marco Silva, who was booked for his angry protests.

Fulham had led through Andreas Pereira’s first goal for the club but when he foolishly gave away a penalty, Jarrod Bowen levelled from the spot.

Scamacca’s strike then put the Hammers in control before substitute Michail Antonio added a third in stoppage time.

Pereira has not exactly set the world alight since swapping Manchester United for Fulham in the summer, but he was the central character in a back-and-forth first half.

He gave his side the lead from out of nothing in the fifth minute after a mix-up between Declan Rice and Bowen in the Fulham half.

Neeskens Kebano fed Pereira and, with right-back Thilo Kehrer caught upfield and Kurt Zouma too slow to get across, the Brazil midfielder was free to lash an angled drive past Lukasz Fabianski and high into the net.

West Ham eventually got into their stride with Lucas Paqueta and Scamacca – their two big-money summer signings – beginning to combine encouragingly.

First Scamacca’s header from Paqueta’s cross was brilliantly saved by Leno, before the frontman pulled a shot wide after being played in by his Brazilian team-mate.

Moments later Scamacca was free again to meet Aaron Cresswell’s cross but he headed too close to Leno, who made another fine reflex save.

But when Craig Dawson and Pereira repeatedly clashed at a corner, earning more than one telling-off from referee Chris Kavanagh, West Ham were gifted an equaliser.

A wound-up Pereira bafflingly pulled the Hammers defender over to concede a penalty which Bowen converted, sending Leno the wrong way.

Leno was called into action again at the beginning of the second half to claw away Paqueta’s low shot.

But the German goalkeeper was left stranded by a piece of superb improvisation from Scamacca, who brought the ball down just inside the area almost in slow motion and then chipped it into the net.

Scamacca barely celebrated, suggesting he felt something was amiss, but the goal survived an initial VAR check for offside and then a second, lengthy review of the ball appearing to brush the striker’s fingers after he controlled it.

However, the replays proved inconclusive and the goal stood to the obvious frustration of Silva, who had to watch his side condemned to back-to-back defeats when Antonio broke clear to tuck in the third.