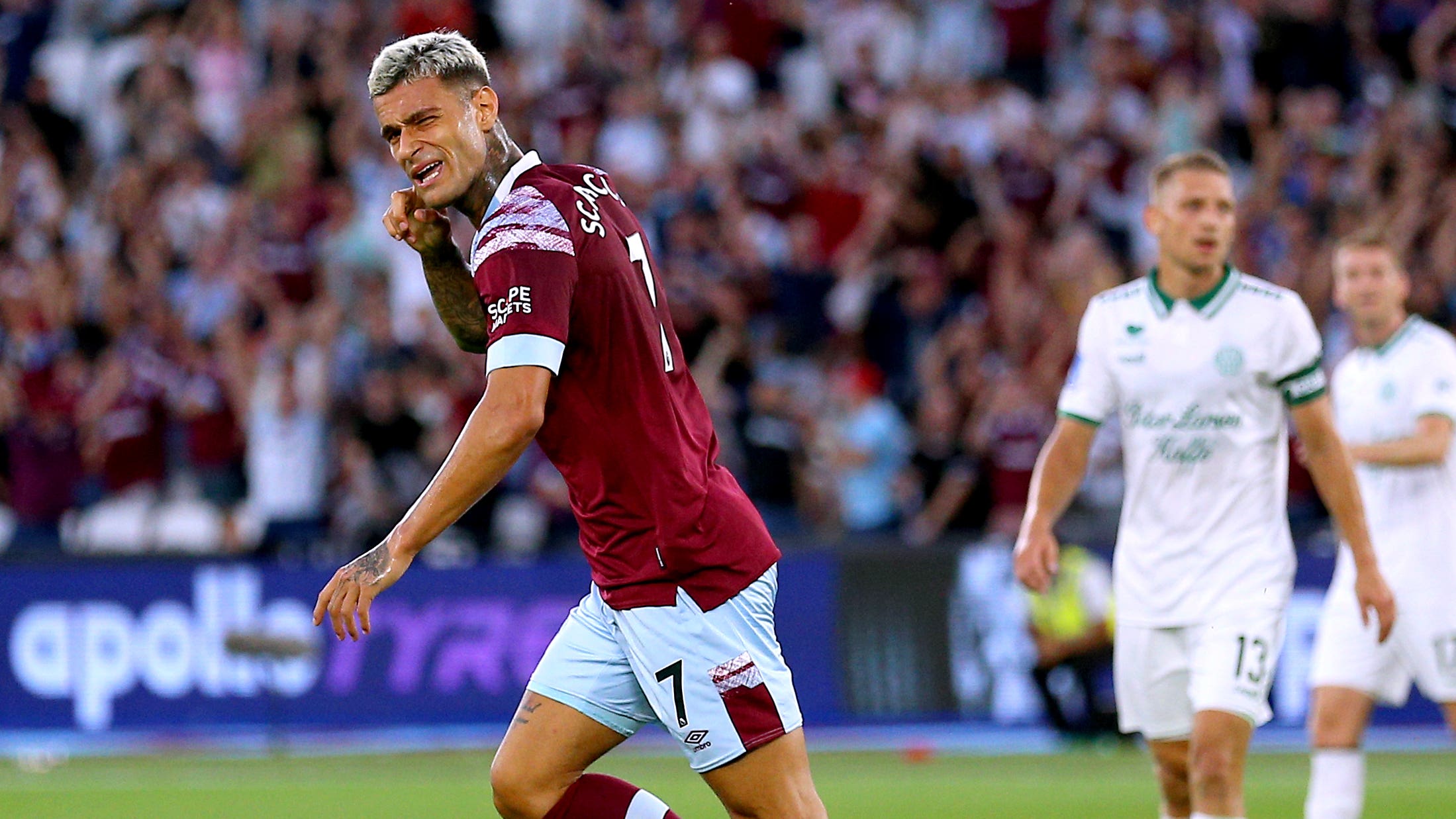 Gianluca Scamacca in the hunt for first Premier League start

Summer signing Scamacca opened the scoring in the Europa Conference League play-off win over Danish side Viborg on Thursday night, when winger Maxwel Cornet also came into the side and defender Angelo Ogbonna returned from a long-term knee injury.

Midfielder Declan Rice and full-back Aaron Cresswell will be available again following suspension for the European tie, while new arrival Thilo Kehrer could also feature after the Germany defender came off the bench against Viborg. Craig Dawson (thigh) is stepping up his recovery.

Brighton will include new signing Pervis Estupinan and striker Neal Maupay in their squad at the London Stadium.

Ecuador left-back Estupinan is pushing for his Albion debut after joining from Villarreal for around £16million, while Maupay will return having been left out for last weekend’s goalless draw with Newcastle amid transfer links to top-flight rivals Nottingham Forest, Fulham and Everton.