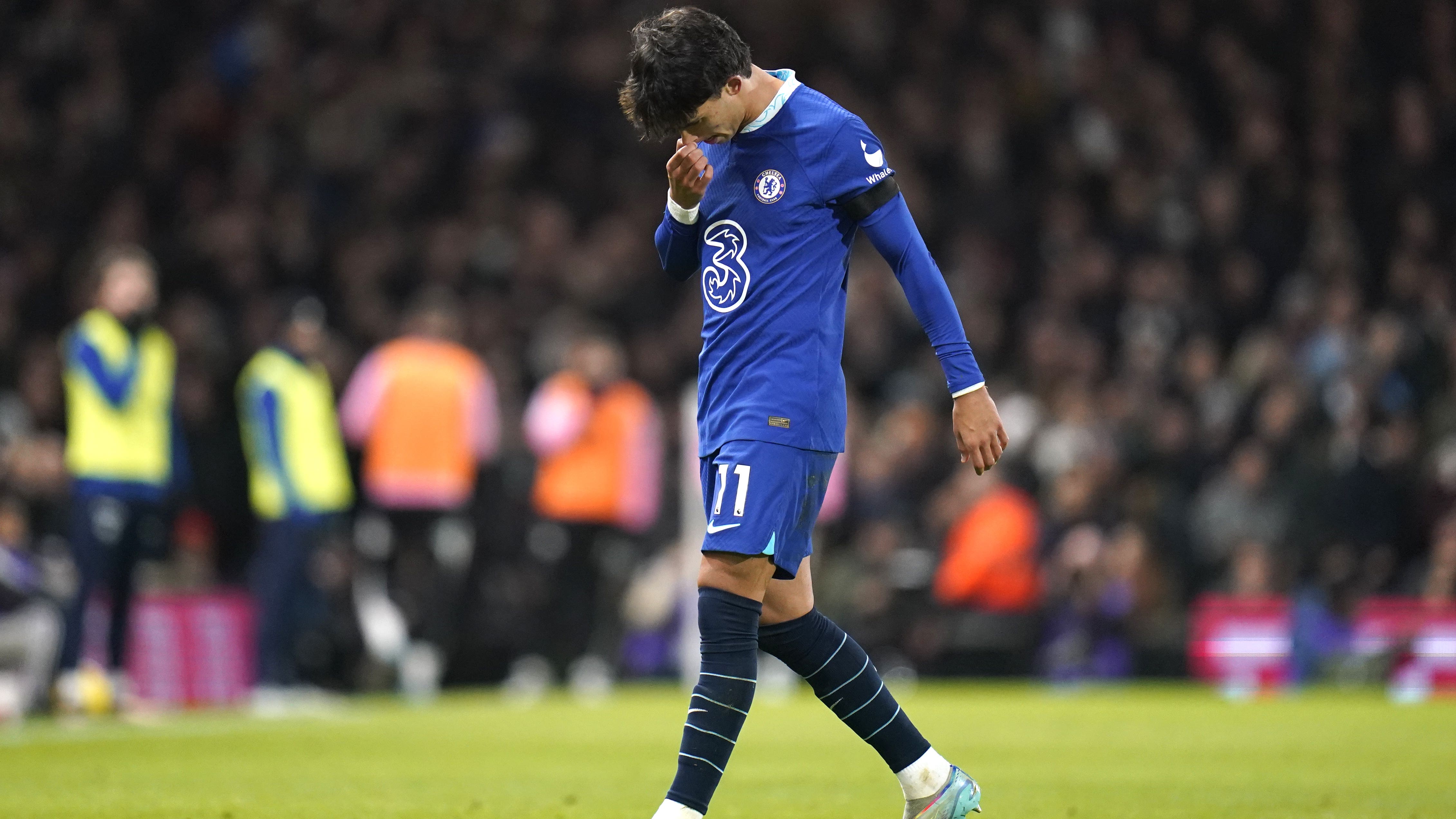 The Blues have won just one of their last nine league games following a 2-1 defeat at Fulham on Thursday night and also have injury issues.

Felix, 23, was fast-tracked into the side after signing on loan from Atletico Madrid on Wednesday and had looked to make an instant impact before his debut was cut short in the 58th minute.

Felix was sent off for a rash lunging tackle, despite impressing earlier in the match, and will face three matches on the sidelines.

On the suspension, Potter said: “Of course, (we are) disappointed because he came here to play, he’s on loan to play.

“You saw his quality when he was on the pitch tonight, and then to lose him for the three games is a big blow for us but there’s nothing we can do about it now, we have to just deal with it.”

Denis Zakaria had just been forced off injured with a suspected quadricep injury before Felix saw red, taking the total list of Chelsea players unavailable to 11.

Potter insisted the club are working to mitigate the injury crisis, but admitted it is hard to find a solution.

“Absolutely, we’re looking all the time and we’re going over how they’re happening and trying to evaluate the whole thing,” the Chelsea boss said.

“Sometimes it’s difficult when you come in halfway through the season, to know how they’ve happened, but I can sense it’s a bit of bad luck and knowing how we can go forward and how we can improve.”

He added: “The nature of them (the injuries), it’s like there’s not even a pattern, it’s different problems, so it’s tricky.

“It’s not like we’ve been over training or anything like that, we just need to get to the bottom of it.”

Chelsea have not lost at home to Crystal Palace since August 2015, but Potter believes there are a number of steps to be taken ahead of the match.

“We have to recover from the disappointment of the game tonight and then we have to assess all the players in terms of recovery and injury and then whatever we have.

“Then we have to try to be positive and move forward and take a home game on, another London derby against a team with dangerous players – so we have to be good and we have to prepare the team.”