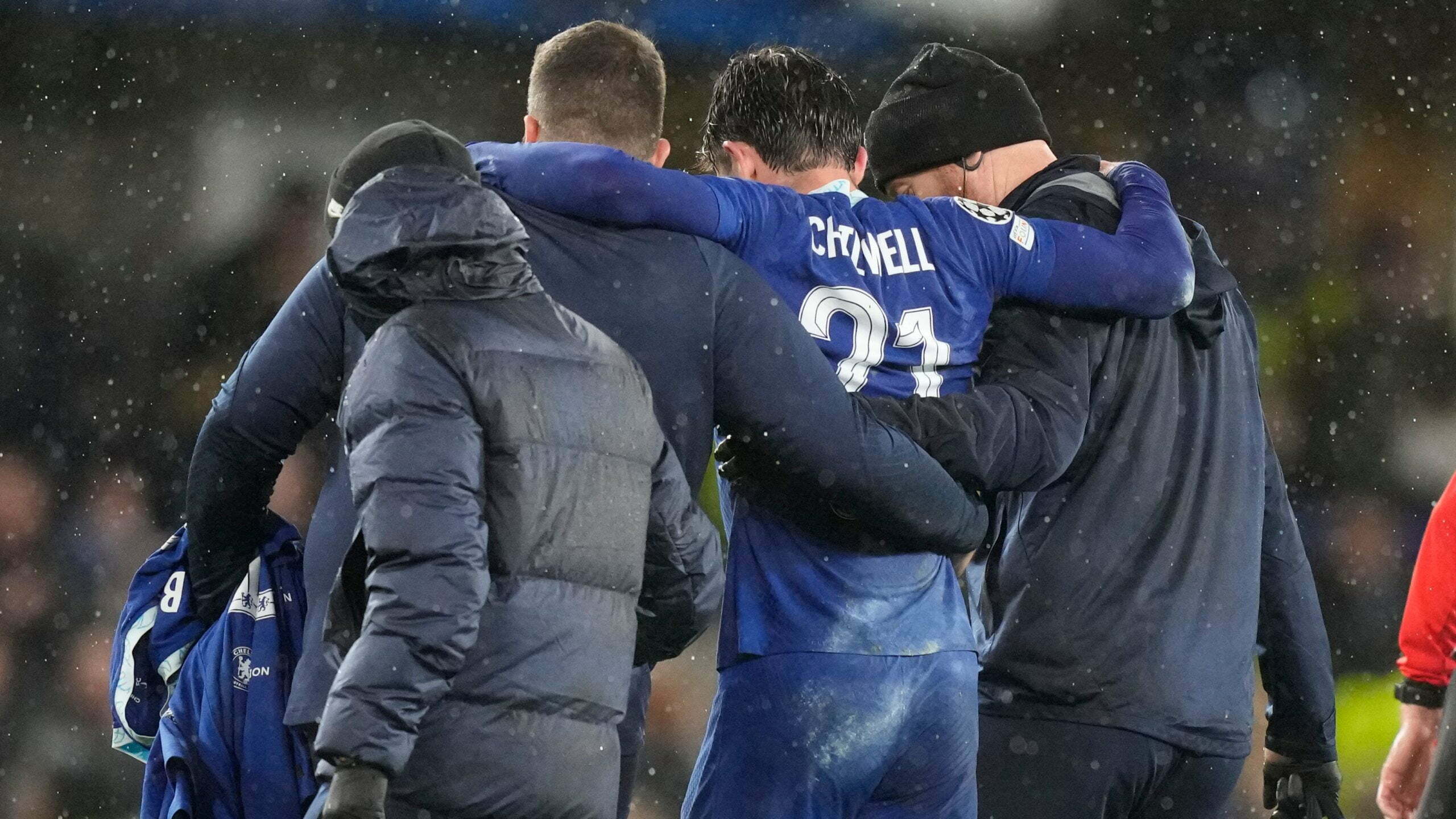 Chelsea boss Graham Potter does not expect Premier League players to hold back ahead of the World Cup despite concerns that injuries might rule them out.

Ben Chilwell’s dream of making the England squad for Qatar has likely been crushed after he sustained a hamstring injury in the Blues’ Champions League clash with Dinamo Zagreb on Wednesday.

He is one of several top-flight stars who have late fitness concerns ahead of the finals, with Tottenham’s Son Heung-min also set to undergo surgery for a facial fracture sustained at Marseille on Tuesday.

It has sparked calls from some corners for the Premier League to postpone the final round of matches before the break.

But Potter said: “I don’t think it’s fear (from the players), I just think it’s part of the challenge, it’s how it is.

“That’s pretty much impossible, then at the same time you know there’s a World Cup a couple of weeks away, so that’s a tricky position for everybody.”

Chilwell is set to undergo a scan on Friday to evaluate the severity of his injury, though Potter did not sound especially optimistic about his defender’s prognosis.

He said: “We’ll find out today or tomorrow. He feels OK, he’s aware of the injury, we need to let the swelling settle down and we’ll know more after that.

“I wouldn’t say he fears the worst. Until we get the scan, it’s difficult to say.

“At the moment, we are hopeful and fingers crossed. It’s disappointing, of course.”

Chelsea next host Arsenal on Sunday, a week after suffering a 4-1 defeat at Brighton in Potter’s first trip back to his former club, though the Blues bounced back with a 2-1 midweek win over Dinamo.

“(Brighton) was a defeat we didn’t like and didn’t enjoy,” said Potter. “Be strange if we did. So, they’ve responded well, their performance in Zagreb I think was a solid one and a professional one.

Chelsea currently sit in sixth heading into Sunday’s clash, 10 points behind the league-leading Gunners. They next face Manchester City in Carabao Cup third-round action before travelling to Newcastle for their final match before the World Cup break.

It will conclude a packed run of games for Potter’s side, who will have played 13 times across all competitions since the beginning of October.

The Blues boss agreed that even the 24-hour difference between a Saturday and Sunday kick-off offered a modicum of relief.

“The fact that we’ve all been playing so much it’s almost like rearranging the deckchairs on the Titanic to a certain extent,” he said.

“I don’t think it’s that big a deal but it’s helpful in a way. It’s an extra 24 hours. We take what we can at this point in the season.