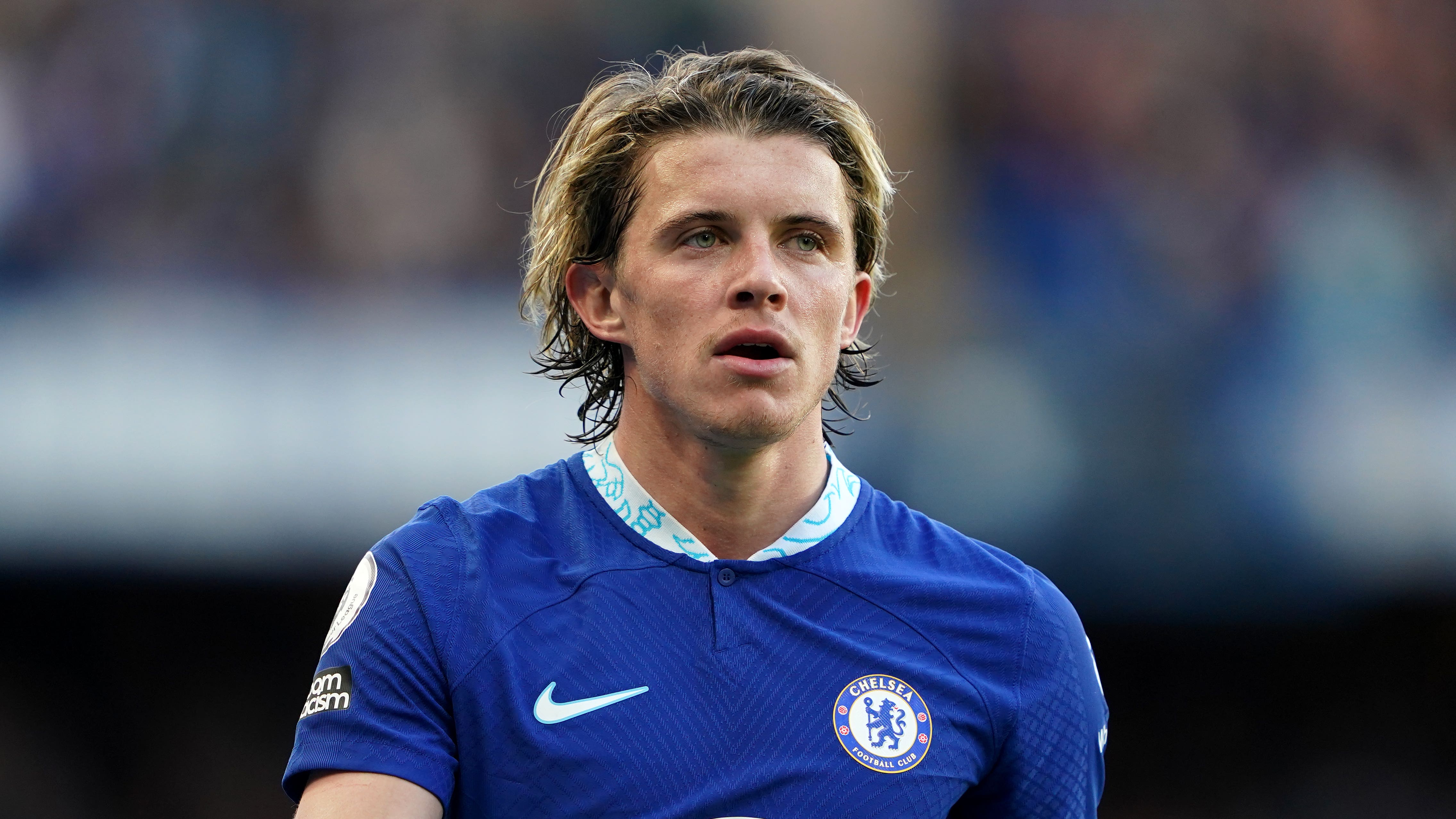 Graham Potter was delighted for Conor Gallagher after he was called up to the England squad for the upcoming World Cup in Qatar but admitted Reece James and Ben Chilwell were downcast after missing out through injury.

Gallagher made his England debut last year while on loan at Crystal Palace and earned his first cap during a 10-0 thrashing of San Marino in November.

Despite joining Chelsea at the age of eight, Gallagher has spent the past three seasons on loan, playing for Charlton, Swansea, West Brom and the Eagles before returning.

The midfielder was not part of Gareth Southgate’s most recent international camps but has made 17 appearances for Chelsea this season, scoring one goal, and Potter believes going to the World Cup will be a positive experience for the 22-year-old.

“It’s not something that I really gave too much thought to, to be honest. It’s nice for Conor and fantastic for us, great for him, he’s going to have a really positive experience I think,” the Blues boss said.

“Delighted for him, he’s worked really hard and he’s a fantastic person.”

While Gallagher joins team-mates Mason Mount and Raheem Sterling in Southgate’s squad, full-backs Chilwell and James must watch from home.

Chilwell pulled up in the closing minutes of Chelsea’s final Champions League group stage match against Dinamo Zagreb, while James sustained a knee injury in October.

Potter admitted the duo were feeling low after sustaining their injuries.

“It’s normal, it’s a World Cup, they don’t come around very often so to miss them is disappointing – but they’re strong characters, they’ll be fine.

“(They’re) disappointed and Reece thought he would be close, did everything he could to give himself a chance and in the end fell a little bit short, obviously I can understand the decision and I understand Reece’s frustration and disappointment.”

Chelsea travel to Newcastle for their final match ahead of the break on Saturday, and go into the weekend six points behind the third-placed Magpies.

Potter was full of praise for Eddie Howe’s success at St James’ Park, with the Blues currently going through a dip in form having won just one of their last four Premier League matches.

“I think Eddie has done a fantastic job. He has improved the players that were there, improved the team with some really good recruitment – they’ve spent some money to reinforce the team,” Potter said.

“I could speak for half an hour about how good I think Eddie is as a person, as a coach. I have huge admiration for him and he has galvanised the team and there is fantastic support there at St James’ Park.”