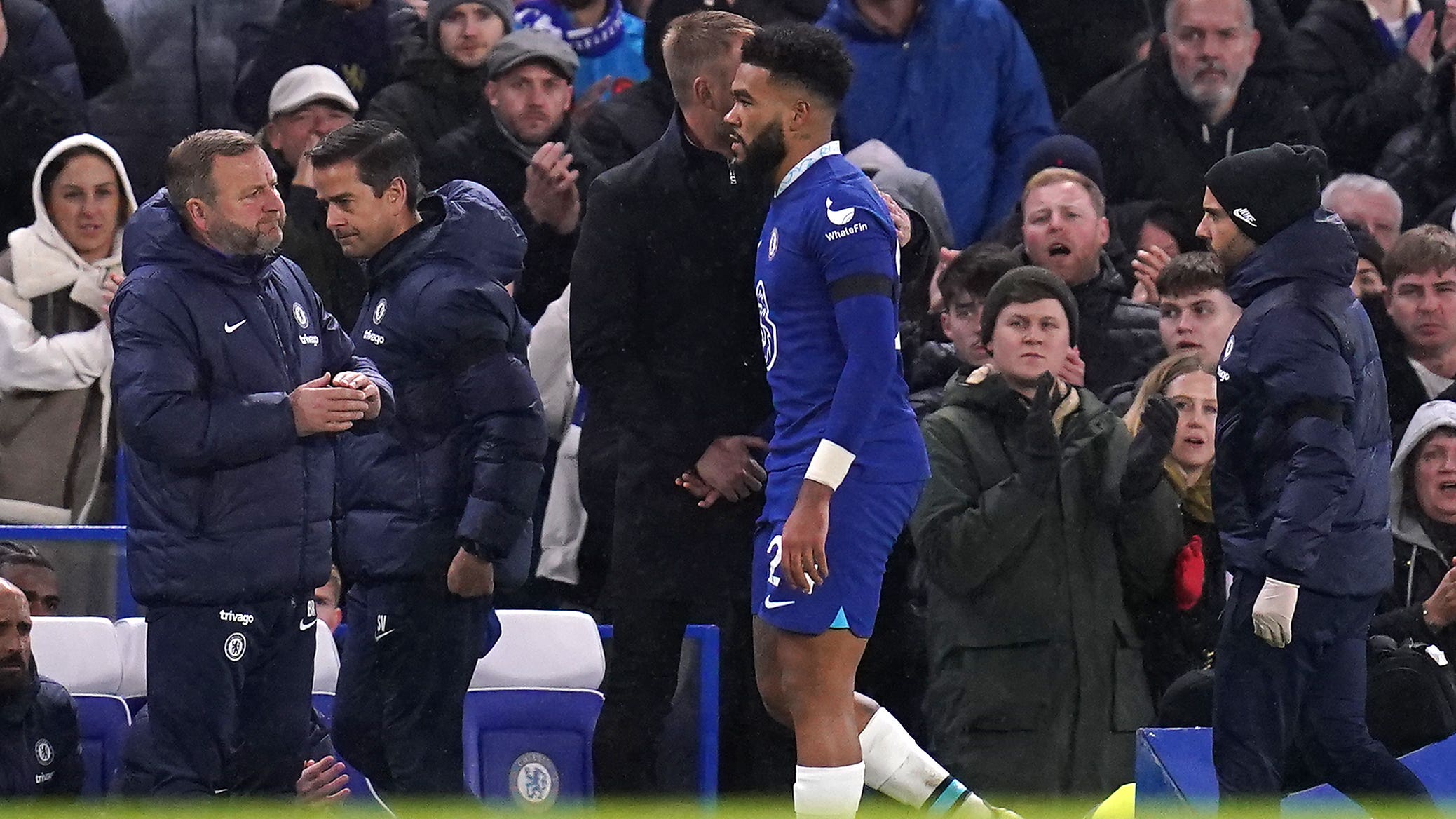 Chelsea boss Graham Potter is concerned that Reece James has suffered a recurrence of the injury which ruled him out of the World Cup.

England full-back James looked distraught as he received treatment on the same knee he injured in October during Chelsea’s 2-0 win over Bournemouth.

There are now fears Chelsea could be without one of their key players for another extended spell.

“It’s really too soon, but it’s the same area so we are concerned and we’ll have to see over the next 24-48 hours,” said Potter.

“He felt something there and we will have to find out the extent of it and keep our fingers crossed. He’s disappointed, of course he is. At the moment we are hoping it isn’t as bad.

“He’s been really disappointed to miss the World Cup, of course. It was a huge blow to him. You could see today his quality and what he brings to the team.

“He’s had to deal with the injury and he’s done that well. The plan was to play 60 minutes today so now he’s disappointed, of course.

“We hope it’s not as bad as it was and he can have a speedy recovery.”

Chelsea had cruised into a 2-0 lead after just 24 minutes through goals from Kai Havertz and Mason Mount.

But after James went off, seven minutes into the second half, Bournemouth threatened to get back into the match.

“Reece was playing well and him going off probably affects the stadium, the team,” added Potter.

“There’s going to be concern, worry, and we wanted to hold onto the win.

“He is a world-class player. You see it from the outside but not till you work with him you see how good he is.

“He could play in any team in the world, and any team would miss him.”

Bournemouth had won on three of their last five visits to Stamford Bridge, but despite some late pressure on the Chelsea goal they never looked like repeating the feat in Gary O’Neil’s first match as permanent manager.

O’Neil said: “We struggled to get to grips with how they started a little bit. The start kills us really, it’s difficult at that point to wrestle your way back into it.

“When you’re 2-0 down at Chelsea and they are passing the ball around like they were it would have been easy for it to get to three, four or five, so there are lots of positives as well from the second half.”