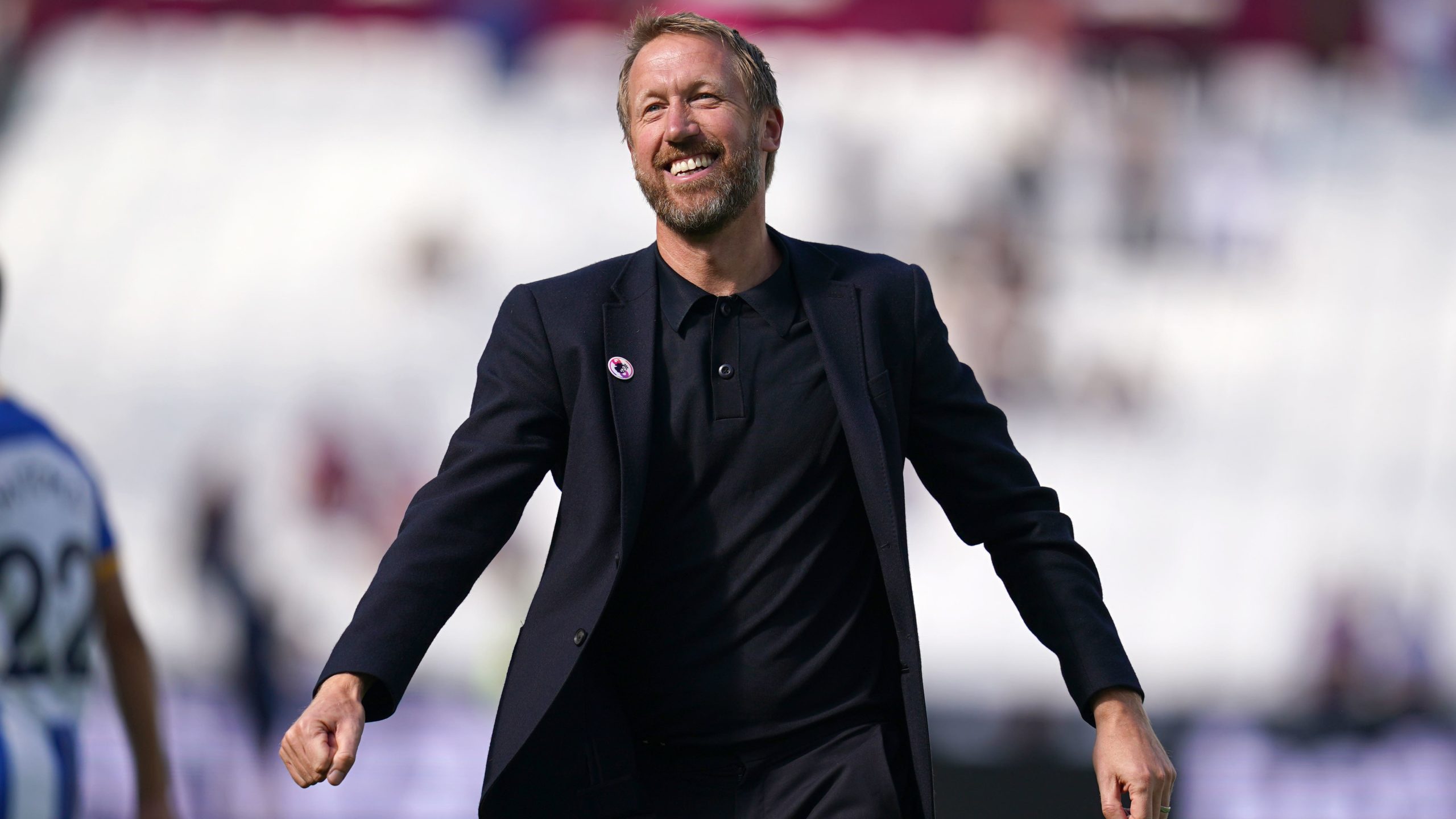 By Press AssociationSeptember 9, 2022No Comments

Chelsea, who had been due to visit Fulham on Saturday before football fixtures at all levels across the UK were postponed as a mark of respect to Her Majesty The Queen, are currently understood to be preparing as normal for Wednesday’s Champions League clash against RB Salzburg at Stamford Bridge.

Co-controlling owners Boehly and Eghbali addressed Chelsea staff, along with Potter on Thursday, as the Blues’ new era took another big step forward.

Potter met his Chelsea squad for the first time on Friday morning, before getting down to work on the training field.

Boehly and his fellow Dodgers owners saw Friedman as effectively learning all the tricks of an entrepreneurial trade in his overachieving stint at Tampa Bay Rays.

Boehly and Eghbali believe Potter developed that same kind of innovative spirit in maximising resources at Brighton, and believe the extra weapons in Chelsea’s arsenal could see him make a significant impact at Stamford Bridge.

Chelsea’s new owners have already sunk their teeth into their long-term project to transform every aspect at the west London club.

Thomas Tuchel was sacked on Wednesday as the result of the new Blues bosses’ 100-day review of their embryonic ownership.

The Chelsea board felt Tuchel’s tenure had lost its way after the stunning start that had seen the German coach drive the Blues to the Champions League title in just 124 days at the Stamford Bridge helm.

Chelsea opened their Champions League account with a chastening 1-0 loss at Dinamo Zagreb on Tuesday night, but the decision to remove Tuchel had effectively already been taken.