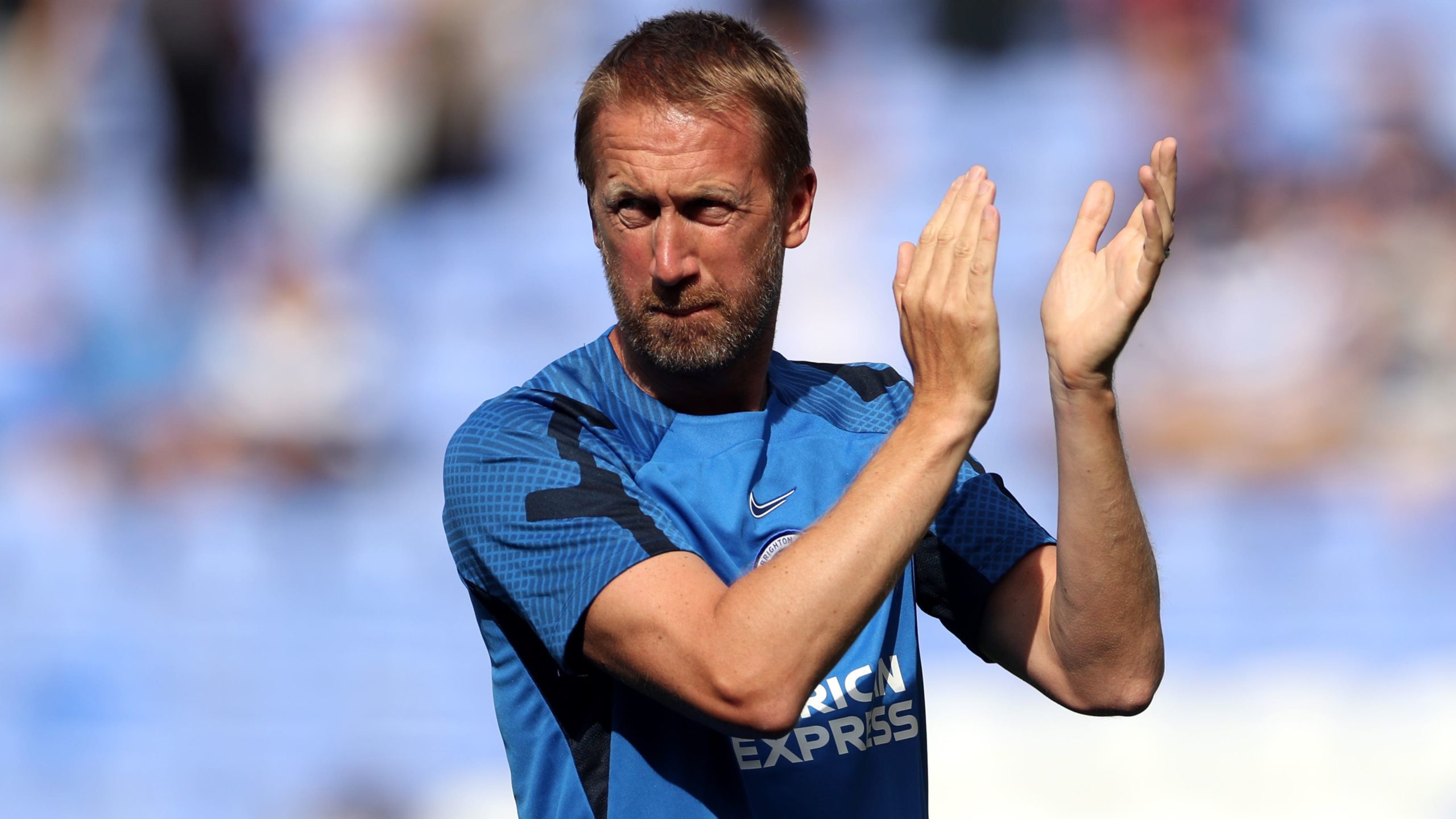 Brighton manager Graham Potter insisted that his side are “not getting too excited” after their impressive start to the season.

The Seagulls are unbeaten three games into the season, with wins against Manchester United and West Ham, plus a draw against Newcastle, placing them fifth in the Premier League table.

Potter maintained that the team are not getting too carried away, but has been encouraged by their positive performances so far.

“It’s not a massive sample, it’s three games, so we’re not getting too excited about anything,” he told a press conference.

“We’re happy with the performance levels we’ve had and, of course, the results have been positive so that’s good, two tough away matches and a game against Newcastle who are in a really good place.

“Performances and results have been really good, credit to the players. I’ve said before they’re honest, humble, respectful of the opponents and try their best to compete and they’re looking forward to the game against another side that has started really well.”

Brighton face Leeds on Saturday, with the Yorkshire outfit also having enjoyed a bright start to the season with two wins and a draw.

Jesse Marsch’s team come into the game after a stunning 3-0 win against Chelsea last weekend, and Potter was full of praise for how well Leeds have done so far.

“It’s not easy to take over from somebody with the charisma and history Marcelo [Bielsa] did at Leeds, so to keep them up last year was a fantastic achievement and now you can see the team evolving and turning into more of a Jesse Marsch team.

“They’ve recruited really well and it’s very clear what they’re trying to do, they execute it well and deservedly had the points and probably would look and think they might have another couple, because they were 2-0 up with not so much of the game left against Southampton, so they’ve done really well.”

Potter has used the same starting XI in league games so far this season, but believes that the way his entire group of players has performed shows they are “in a good place”.

“I think it’s played a part, of course, and the way the substitutes have come on and played with an enthusiasm and willingness to help the team tells you we’re in a good place, the group’s in a good place,” he said.

“Everyone knows you need more than 11 players in this league, that’s for sure.

“I’m really happy with everybody, how they’re fighting for each other and consistency helps, probably from time working together and understanding each other better.

“The credit should go to the players because the level is high every day in training and, if you have that, then you’ve got a chance you perform well on the Saturday.”

Potter remained tight-lipped about the future of Neal Maupay, amid reports that the forward is closing in on a move to Everton.

“From our perspective there’s nothing to report,” Potter said.

“Nothing to announce, so as is often the case there’s speculation and talk, so until anything gets signed and done there’s nothing to add.”