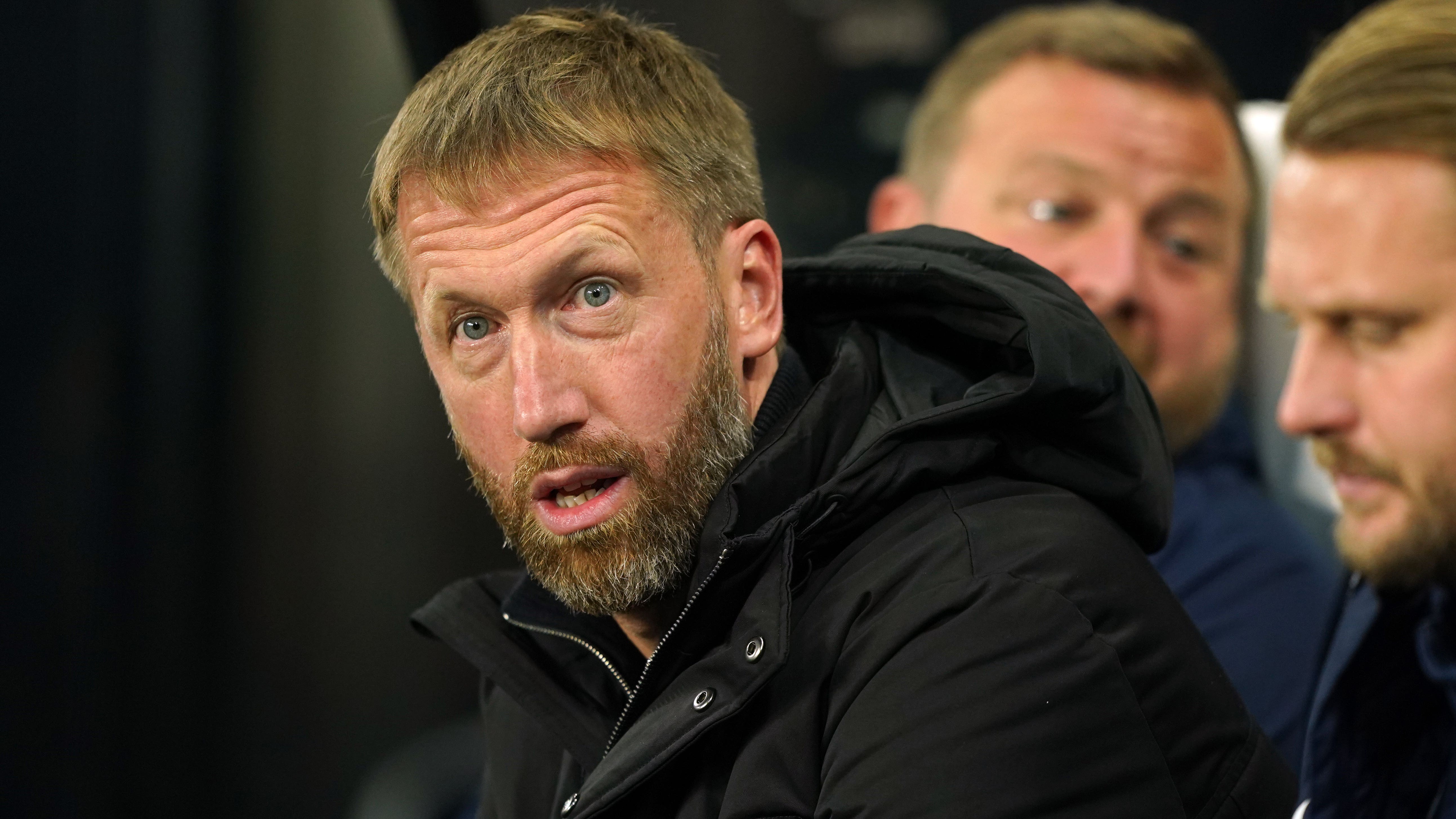 By Press AssociationDecember 30, 2022No Comments

Graham Potter has vowed to get Chelsea back on an upward curve in 2023.

The Blues have endured a turbulent 12 months which saw a change of ownership before Potter replaced the sacked Thomas Tuchel in September.

But Chelsea returned to action with a 2-0 win over Bournemouth on Tuesday and Potter believes there is cause for optimism heading into the new year.

“We want to keep improving, that’s the simple answer,” he said.

“We’ve had a challenging time, some ups, some downs, in terms of the previous year which is normal at any football club.

“But we want to stabilise, try and improve and make our supporters happy, because we know the last few weeks before the break wasn’t nice for us, results suffered, performances weren’t where we wanted them to be and we have to do better than that.”

Chelsea lie in eighth place ahead of a trip to Nottingham Forest on New Year’s Day, and Potter is not taking Steve Cooper’s side lightly.

“You always have to be wary in the Premier League,” he added. “You can’t say on the one hand it’s the greatest league in the world and then say there are easy games. There aren’t.

“Forest got a fantastic result against Liverpool before the break. I have huge respect for Steve Cooper and the job he’s done. A tremendous coach.

“The atmosphere will be hostile, because they’ve been back in the Premier League for the first time in a long time and every game, especially Chelsea coming to town, is a big game for them.

“They’ll be motivated, they have quality and they’ll be fighting for the points. We’ll have to be ready.”