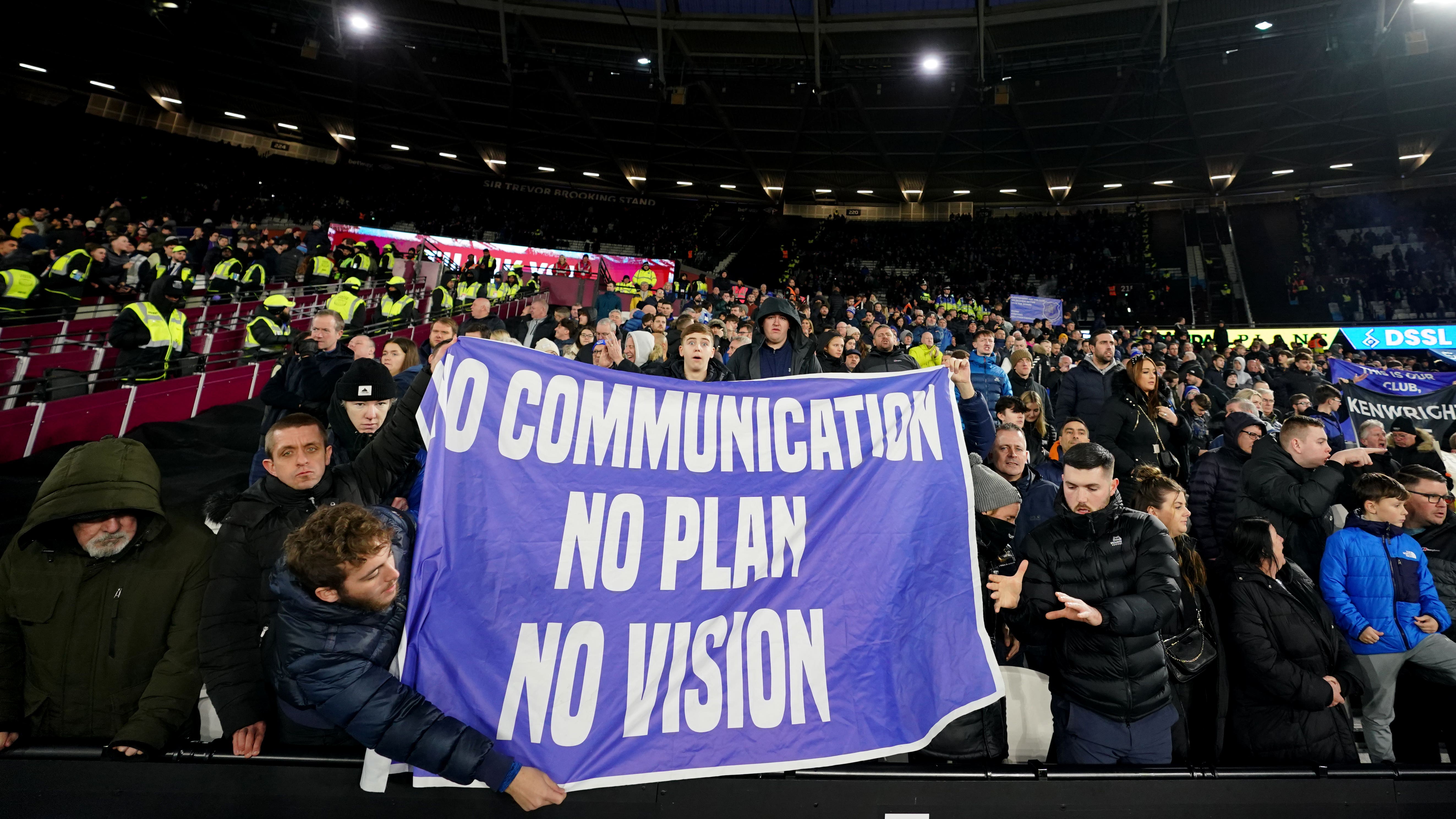 A fans group which organised a protest against Everton’s board has called for owner Farhad Moshiri to “take radical steps to stop the rot”.

The billionaire is looking for an eighth permanent manager in almost seven years since taking control at Goodison Park.

A protest has already taken place against the existing members of the board remaining in position and another is planned at the club’s next home game against Premier League leaders Arsenal on February 4.

However, Lampard’s departure has prompted the NSNOW group, which is being backed by more than 67 fan and social media groups plus 21 official supporter clubs, to make another plea to Moshiri.

“Nothing tells the story of Everton’s mismanagement under the current owner and board more than the fact we now need to appoint our eighth ‘permanent’ manager since 2016,” said a statement.

“The chaos and dysfunction within Everton’s leadership has got us into this position. The owner needs to take urgent and radical steps to stop the rot. Or sell to someone who will.

“We wish Frank all the best personally. His replacement needs to be appointed by Kevin Thelwell (Everton’s director of football) and football experts, not the owner and board.

“This is the first step in changing our club.”