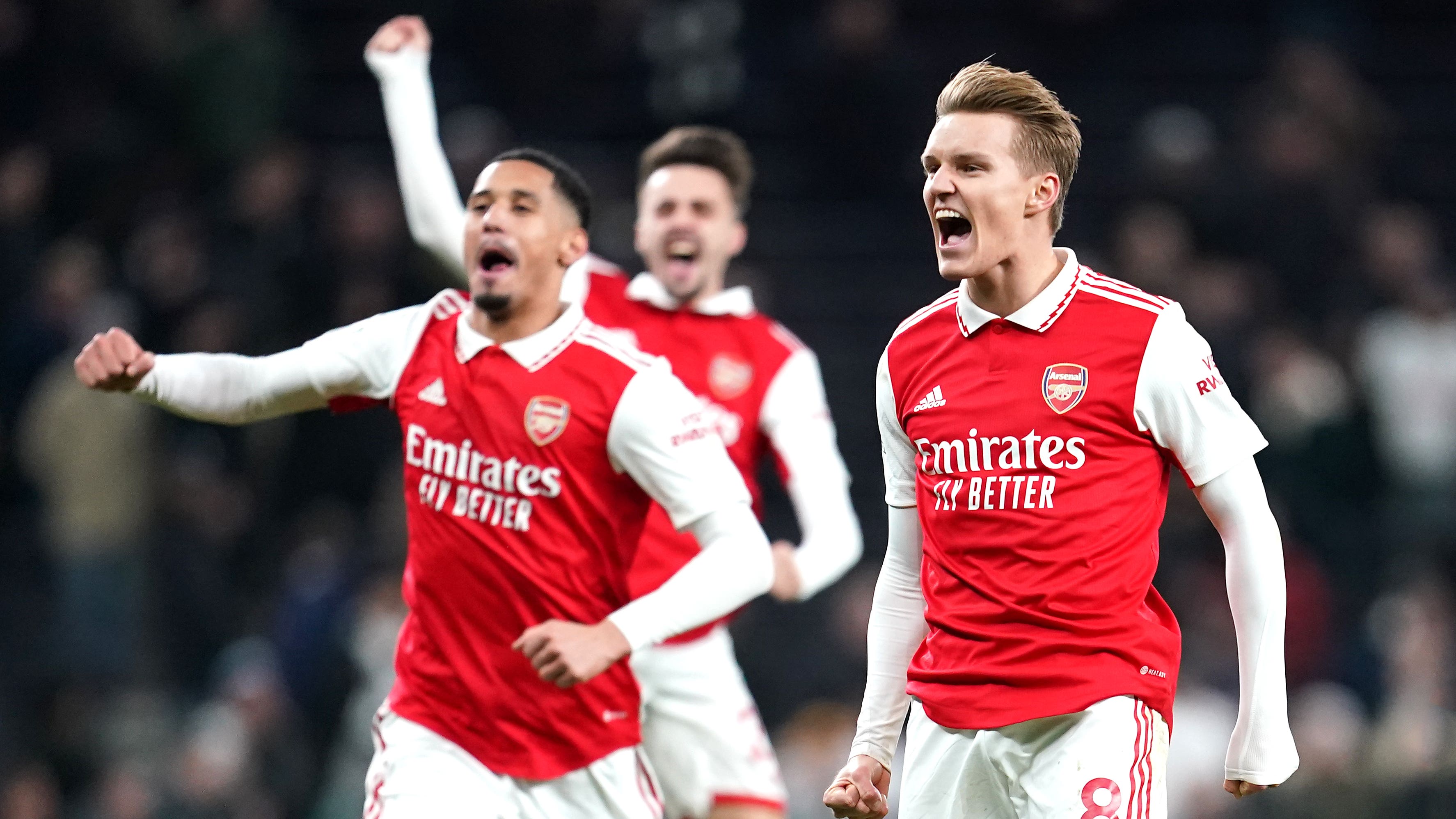 Arsenal strengthened their position at the top of the table with victory over north London rivals Tottenham, a day after second-placed Manchester City slipped to defeat amid controversy in their derby at Manchester United.

There was another win for Newcastle, and Chelsea enjoyed a much-needed good day at the office, while Liverpool and Everton’s struggles continued.

Here, the PA news agency looks at what we learned from the weekend’s Premier League games.

Arsenal’s bid for the title looks as convincing as ever after a 2-0 win at Tottenham that took them eight points clear of second-placed Manchester City at the summit. The Gunners benefited from a Hugo Lloris error to go in front, as the goalkeeper turned a Bukayo Saka cross into his own net on the quarter-hour mark, and skipper Martin Odegaard then doubled the advantage for Mikel Arteta’s side with a 36th-minute strike. Spurs were unable to hit back after the break as Antonio Conte’s fifth-placed team were left five points outside the top four.

Arsenal had been left with the chance to extend their lead at the top by a Manchester derby on Saturday that saw City beaten 2-1 at United in dramatic and controversial circumstances. Jack Grealish’s opener for Pep Guardiola’s champions was cancelled out in the 78th minute by a contentious Bruno Fernandes goal – while there was much dispute over whether Marcus Rashford, having been in an offside position, was interfering with play. VAR deemed that not to have been the case and Rashford then completed the turnaround with an 82nd-minute finish as the Red Devils delivered the most eye-catching result to date of their impressive revival under Erik ten Hag – a fifth successive league win – and moved them a point behind City in the table.

Magpies march on after more penalty problems for Mitro

Level on points with United in the top four, and ahead on goal difference, are Eddie Howe’s Newcastle, who extended their own fine run in the league to a 14th match unbeaten with a 1-0 home win over Fulham on Sunday, sealed by a late Alexander Isak header. That came after Fulham’s top scorer Aleksandar Mitrovic endured penalty frustration for the second time in three appearances – the ex-Newcastle striker, who had a spot-kick saved against Southampton on New Year’s Eve, this time converted from 12 yards, but the effort was ruled out for a double contact.

Chelsea went into Sunday’s home clash with Crystal Palace in considerable need of a lift, with the 2-1 loss at Fulham three days earlier having made it one win in nine league outings – and it proved a positive afternoon for Graham Potter’s men. Just prior to kick-off the club announced they had sealed the signing of Mykhailo Mudryk from Shakhtar Donetsk, and the Ukraine winger subsequently watched from the stands as his new side beat Palace 1-0 courtesy of Kai Havertz’s second-half header.

While the weekend saw some respite for Chelsea, it was a different story for Liverpool, who, like the west Londoners, are 10 points adrift of the Champions League places. Jurgen Klopp’s men on Saturday suffered a 3-0 defeat at Brighton, with the German afterwards saying he “can’t remember a worse game”. On the same afternoon, there was more woe for the Reds’ Merseyside neighbours Everton as they lost 2-1 at home to Southampton, the only side below them in the table, to increase the pressure on boss Frank Lampard. Things are reaching a real boiling point with regard to the Toffees – threats made to senior Everton officials during the week meant the entire board were ordered to stay away from the game, and fans staged a sit-in protest after the final whistle.