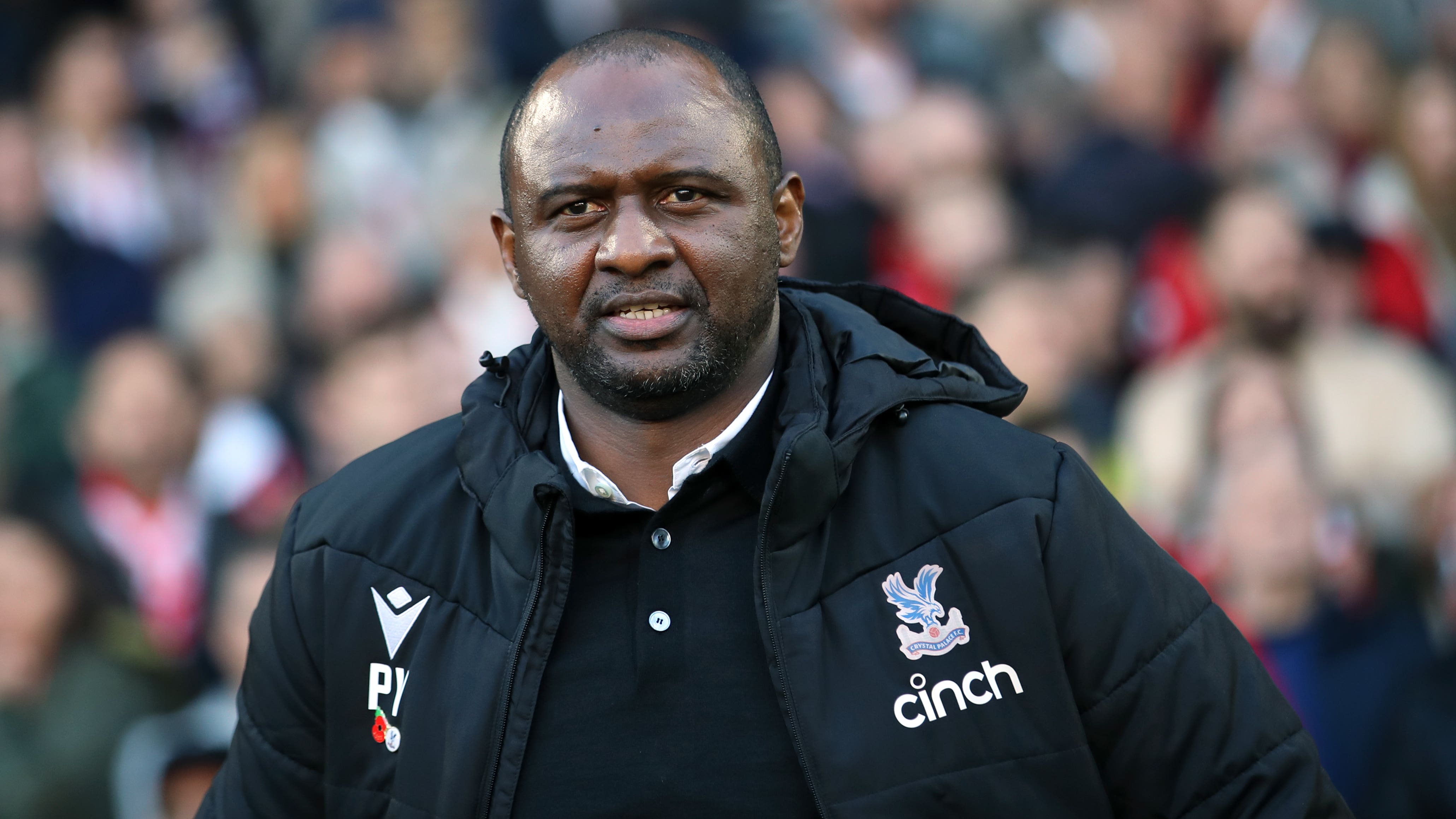 The Eagles head to Chelsea on Sunday to face a side with their own form under the microscope following another loss at west London rivals Fulham.

Palace, though, are themselves struggling for consistency, with two defeats from the three Premier League games since the World Cup break and also having lost their FA Cup tie at home to Southampton last weekend.

With a rearranged game against Manchester United at Selhurst Park next week before then hosting Newcastle and heading up to Old Trafford in early February, Vieira hopes his players will rise to the challenges ahead.

“I think there are always two ways of seeing it,” Vieira said.

“It is about the results, and the results have not been as good as what we wanted, and then there is going into the details, analysing the games and looking at our performances,” Vieira said.

“We have had some up and downs, but overall, I think in some of the games, we showed qualities, but again not enough or not consistent enough to win those games.

“I don’t think you can base your approach for the (Chelsea) game based on a couple of games – we have to do our homework about the strength and weakness of the opposition team.”

The Palace manager told a press conference: “Now it is important for us to go there and to perform with a strong personality, with a quality and togetherness that will help us to get a result.”

Vieira feels everyone needs to keep a sense of perspective when evaluating what Palace might be able to achieve this season.

“It is working hard, it is about belief in what we are trying to do and understanding the squad we have and the process we are putting in place,” the French World Cup winner said.

“It is important for people from outside to manage expectations on us.

“We are ambitious, we want to do well, we are working well, but it is taking time, of course, to get where we want.”

Vieira added: “When you look at the teams around us how they have been improved themselves, we knew during the season we would go through a difficult period, and we are into that.

“But we have a good group and are working to turn things around. I think we have shown a lot of good signs in the performances we have had.

“The only thing is that the result at the end was not what we wanted and that has to change.”

Chelsea have not lost a Premier League match against Palace at Stamford Bridge since August 2017.

Despite all of the issues facing Graham Potter’s squad, Vieira maintains his own side must be ready for a stern test.

“We are expecting a reaction of a team who wants to finish in the top four,” the Palace boss said.

“At home, they will start the game with a lot of pressure – this is what we expect and what I believe we will get.

“We will have to be ready from the first minute to answer and to be present.”