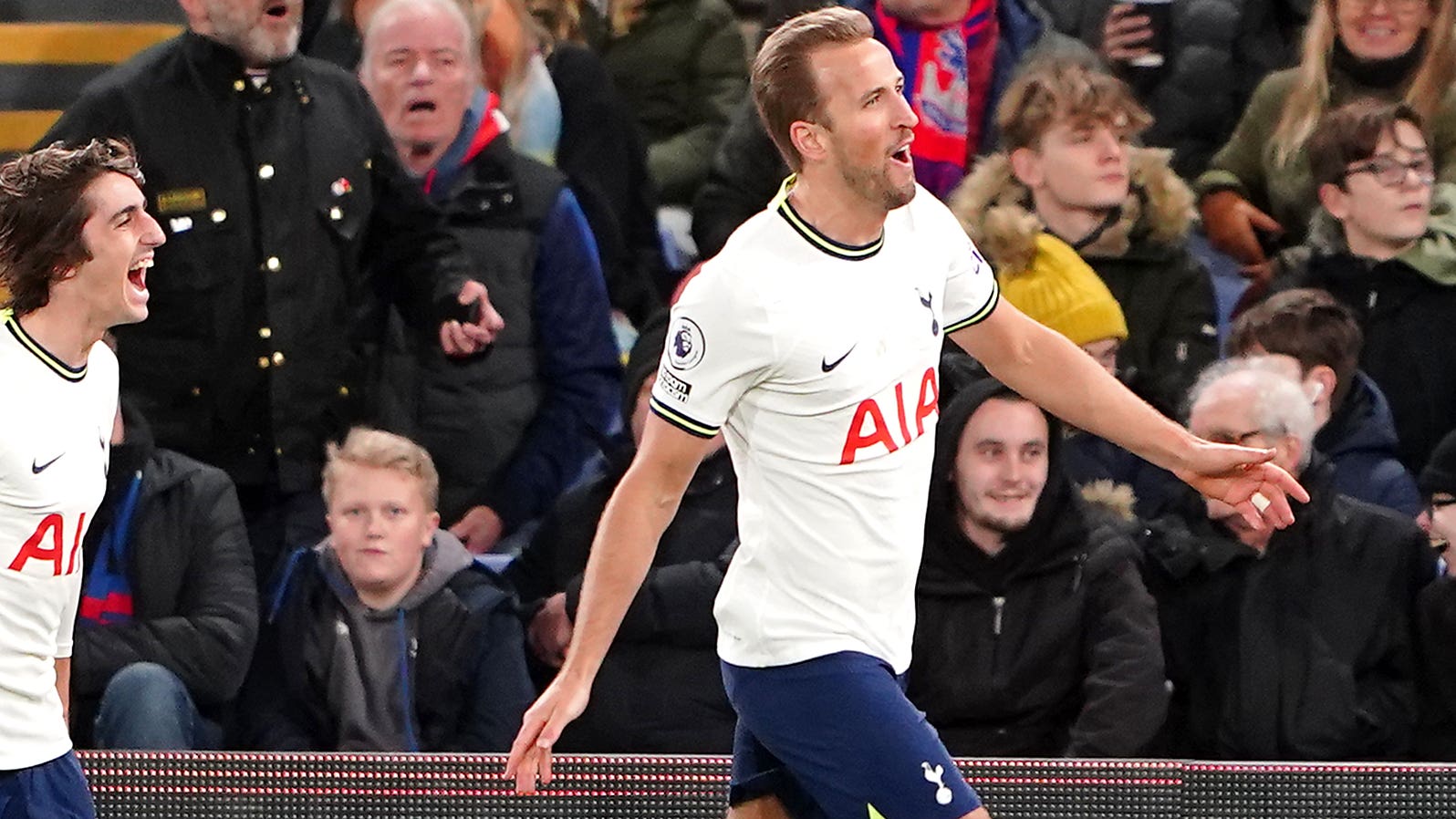 By By Rachel Steinberg PAJanuary 4, 2023No Comments

The hosts had put in a fine performance in a goalless first half but Kane struck twice inside five early second-half minutes to change the momentum.

Goals from Matt Doherty and Son Heung-min extended the visitors’ advantage as they picked up their first victory since the Premier League resumed after the World Cup break.

Kane’s two strikes brought his Tottenham total to 264, just two shy of Jimmy Greaves’ club record, while his opener ended a run of 10 successive games in which Spurs conceded the first goal.

Michael Olise, who set up both goals in Palace’s 2-0 victory at Bournemouth, tried to pick up another assist when he found Jordan Ayew inside the area but he failed to get a shot in before the ball rolled out.

The hosts enjoyed a period of sustained pressure which saw Wilfried Zaha almost connect with a cross from Olise, who then skied an effort of his own from distance.

Eberechi Eze skipped over a sliding tackle but saw his shot stopped by Hugo Lloris before Zaha dodged his way between two white shirts to feed Jordan Ayew, who could not make anything of the opening.

Palace were inches away from pulling ahead when Joachim Andersen snaked an effort from distance just wide of the right post as the sides reached the half-time break goalless.

The hosts’ first period performance earned a round of applause from their fans as they walked into the tunnel, but it was all undone within three minutes of the restart.

The Eagles started the second half brightly, with Joel Ward bouncing an effort wide of the right post inside the first minute.

But things began to unravel when Kane neatly nodded in Ivan Perisic’s left-wing cross from close range, with the 48th-minute opener the start of a complete momentum shift.

It took just five minutes for Kane to double his tally and Spurs’ lead when the ball fell to Bryan Gil on the right and he flicked a pass to the England captain, who sent a low strike into the bottom left corner.

Son set up Doherty from the right side of the area and the Republic of Ireland international made it three in the 68th minute when his low effort deflected off the outstretched Vicente Guaita and in.

It was not long before Son got on the scoresheet himself, beating Marc Guehi to Kane’s high ball and firing into the bottom corner via a deflection to make it 4-0.

Ayew forced a fine diving save from Lloris, who also managed to get enough of his foot on Zaha’s late attempt to record Spurs’ first clean sheet since October.