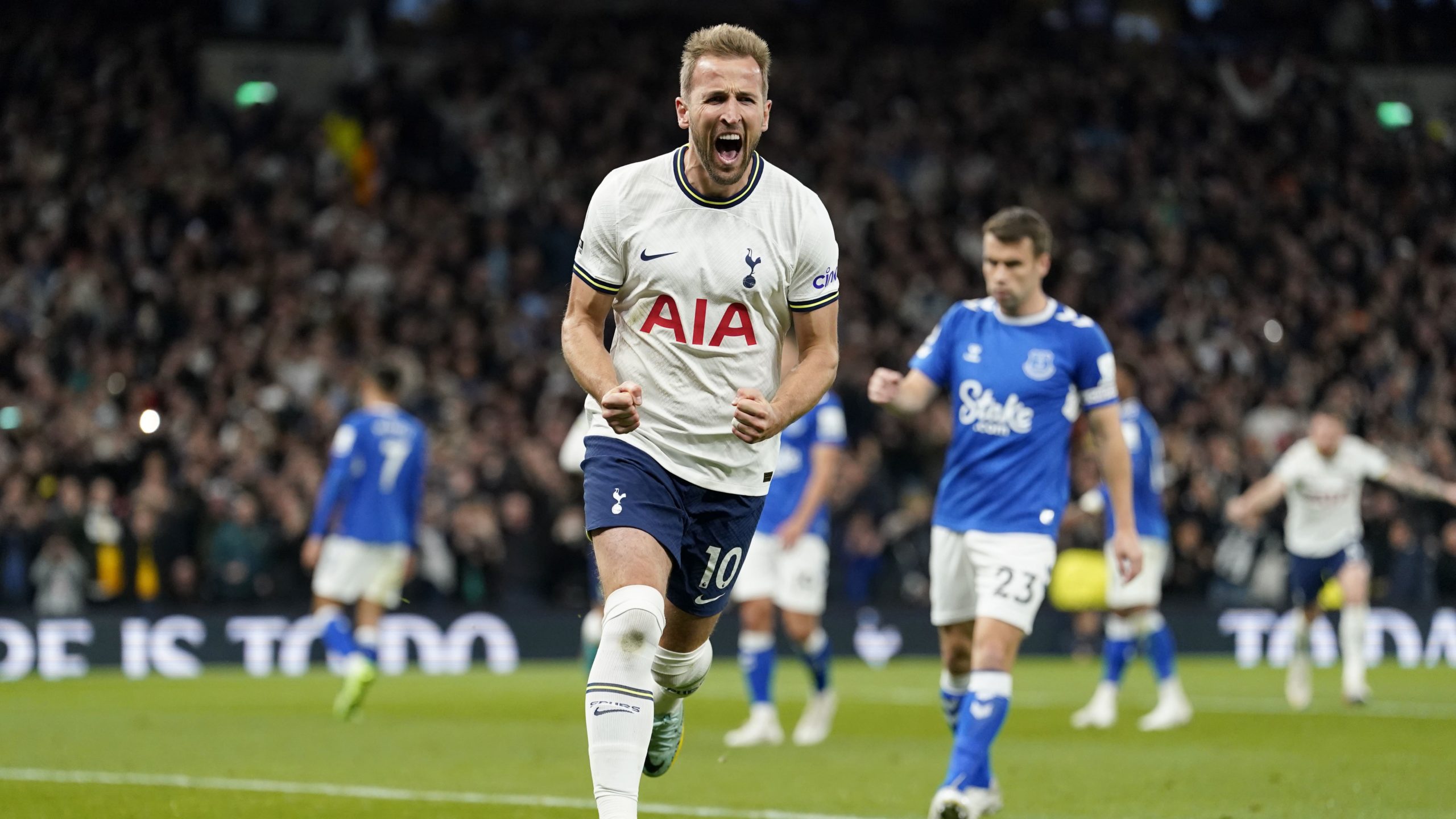 Second-half goals by Harry Kane and Pierre-Emile Hojbjerg fired Tottenham to a 10th consecutive home win with a 2-0 victory over Everton.

The result helped Spurs keep pace with Arsenal and Manchester City at the top of the Premier League but only occurred after the Toffees had made life tough for the hosts in the first half.

It was an error from Jordan Pickford which helped Tottenham break the deadlock when he fouled Kane, who made no mistake from the penalty spot to grab his 258th club goal on his 400th appearance for his boyhood side.

Hojbjerg wrapped up the points with a second late on to help third-placed Spurs move on to 23 points from their opening 10 fixtures following a seventh win in N17 this season.

Dejan Kulusevski remained absent for the hosts, which meant Richarlison got the chance to start against his former side and he almost haunted them after six minutes.

The recalled Ivan Perisic picked out the unmarked Brazilian with a cross to the back post but Richarlison headed over from eight yards.

Kane had already wasted a good opening moments earlier and saw another effort deflected over by James Tarkowski midway through the first half.

After weathering an initial storm from the hosts, Everton started to create opportunities and should have grabbed the opener in the 23rd minute but Demarai Gray, having spun away from Rodrigo Bentancur, blazed over from a tight angle with only Hugo Lloris to beat.

Jordan Pickford did well to dive at the feet of Kane following excellent quick feet by the forward that saw him nutmeg Idrissa Gueye before the away side wasted another great chance to break the deadlock.

Hojbjerg and Cristian Romero both left a loose ball by the centre circle and it saw Amadou Onama break through but the Everton midfielder side-footed over from 10-yards to ensure it was goalless at the break.

Spurs were dealt a blow early into the second half when Richarlison was forced off with a calf injury and boss Antonio Conte used the enforced change to switch formation to 3-5-2, with Yves Bissouma introduced.

Before the tactical adjustment could really have an effect, Tottenham broke the deadlock.

Pickford had been the hero minutes earlier when he impressively denied Kane from a half-volley but switched off in the 58th minute and it proved costly.

Ivan Perisic’s cross came to Matt Doherty at the back post and his left-footed effort was spilled by the England international, who quickly tried to atone for his error but instead saw his head collide with Kane to force referee Paul Tierney to point to the spot.

While the contact was soft, Kane did not complain and made no mistake from 12 yards with a firm strike into the bottom left corner for goal number 258 for Spurs.

Everton boss Frank Lampard sent on Dominic Calvert-Lewin with 24 minutes left but it was the hosts who eyed a decisive second and it arrived in the 86th minute.

Bentancur raced forward down the right and spotted midfield partner Hojbjerg, who controlled well and slotted into the corner via a deflection for his third goal of the campaign.

Conte was even able to introduce summer signing Djed Spence in stoppage time for only his second appearance to add to the feel-good factor at Spurs, who continue to claim results despite not hitting top form yet.