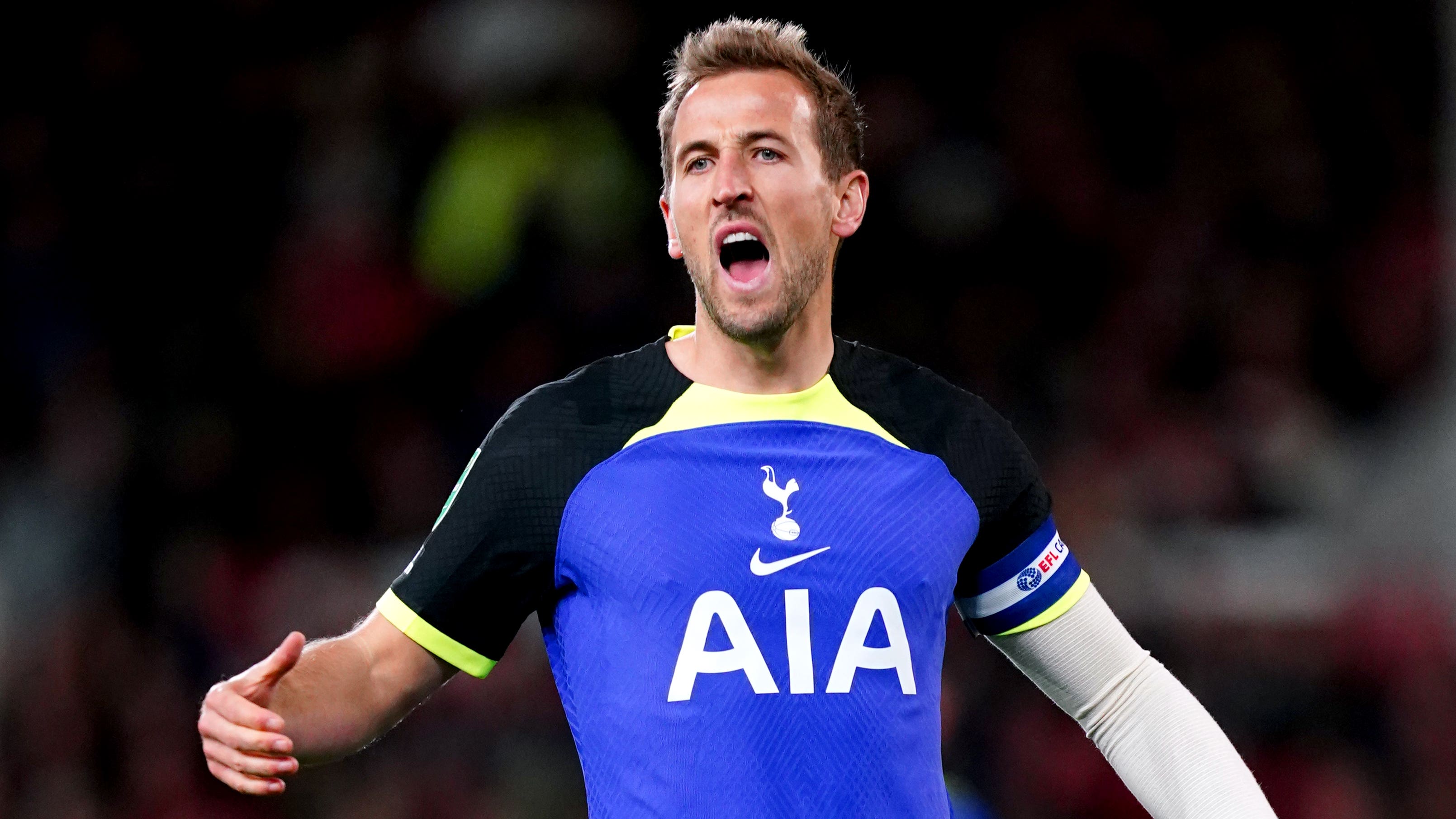 Antonio Conte has played down concerns over the fitness levels of England captain Harry Kane and backed the forward to enjoy a “fantastic” World Cup.

The Tottenham striker was withdrawn after an hour of Wednesday’s Carabao Cup defeat at Nottingham Forest and his club manager revealed afterwards the 29-year-old had been struggling with fatigue in a training session the day before the 2-0 loss.

Kane started his 21st consecutive match for Spurs this season at the City Ground and 12 of those have occurred during a packed six-week schedule but there will be one final domestic fixture for him to focus on before his attention turns to the World Cup in Qatar.

Despite Conte admitting the star figure for club and country had been “very, very tired” on Wednesday night, he has no concerns ahead of Saturday’s visit of Leeds or for England over the next month.

“I think and I am sure Harry is going to play a fantastic World Cup because in this season he was never injured, he has had the possibility to have a good training session and he is good physically,” the Italian insisted.

“I decided to make a substitution (against Forest) because on the morning of the game, when I spoke with Harry, he wanted to take the best decision, so I debated a lot his availability. I thought also during the game it was honest and was fair to give him a bit of a rest.

“I don’t take a risk because also in three days we have to play another game, also because you know there is the World Cup.

“The fans must not be worried for him. After this game they (England) have one week, eight days to prepare for the World Cup, but he is ready because he is working very well and also we are talking about a player with great experience to manage his body.”

At the beginning of a gruelling schedule where Spurs were braced for 13 games in 43 days, Conte admitted every player would be rotated.

The plan was for Kane to be rested at some point but injuries to Dejan Kulusevski and Richarlison were followed by Son Heung-min suffering a fracture around his left eye, which left the Spurs boss with little option but to play his top goalscorer on Wednesday.

Yet Conte conceded even if he wanted to rotate the England captain, it would not have gone down well with the player himself.

He added: “When I watch Harry Kane, I see a player that wants to play every game! Every game! This is good. This is important for me because it means he feels well. He feels a lot of energy in his body.

“For sure, in this moment he wants to finish well with us, with Tottenham. Tottenham is now at the top of his thoughts until Saturday (night).

“Then, for sure, he is the captain of England, the most representative player, we are talking about a really top striker in the world. This is a big competition, the most important in the world and, for sure, he has great desire to do something special for his national team, but they have to do this after the (Leeds) game.

“Before he has to give us everything and I am sure this will happen, but when you are a player like Harry that gives you everything in every game, it’s very difficult to make a decision, to put him on the bench or to give him a rest because his desire and his eyes are full of energy.”

Ryan Sessegnon will be absent on Saturday with a minor hamstring injury and it capped a disappointing week for the England Under-21 international after he failed to make a late run into Gareth Southgate’s senior squad for Qatar.

Conte had positive words for Sessegnon plus Djed Spence and Oliver Skipp, who also featured in the cup loss at the City Ground.

“Ryan, for sure, he has had a big, big improvement in one year,” the Tottenham manager said.

“He improved a lot and, for sure, he can become one of the players for the future England squads. Then it is up to him to continue to work, to continue to improve and to have this desire.

“Now he is playing with the Under-21s with Spence and with Skippy. For sure, these three players they have the possibility in the future if they continue to show improvement to have another step and to go with the squad with the national team.”