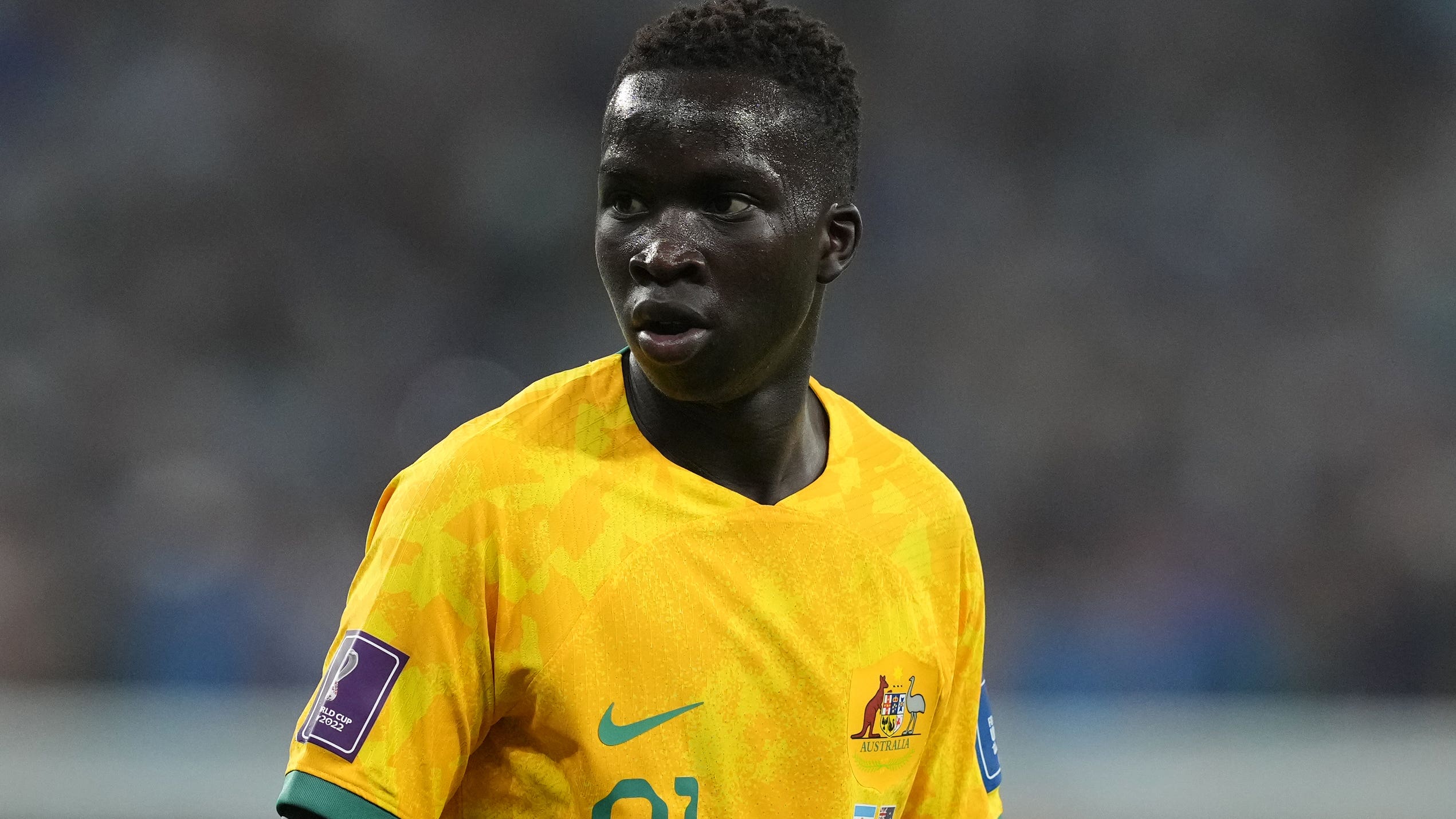 By By Anthony Brown PAJanuary 5, 2023No Comments

Robbie Neilson admits he would “love” to add Garang Kuol to his Hearts squad after the teenage Australia forward visited the Edinburgh club for talks.

The 18-year-old, who played for the Socceroos at the World Cup, recently moved from Central Coast Mariners in his homeland to English Premier League side Newcastle.

However, the Magpies are keen to loan Kuol out to accelerate his development before involving him in their first team.

The versatile attacker visited the Jambos’ Oriam training base on Thursday, and boss Neilson is hoping to swell the number of Australia internationals in his squad to four, with Cammy Devlin, Nathaniel Atkinson and Kye Rowles already on the books.

“He’s a player we’re interested in so he came up for a look around with his agent,” said Neilson.

“He’s got a number of clubs that are very interested in him. He’s a huge prospect. He’s one we’ve known about for quite a long time because he comes from the same team as Kye Rowles was at.

“The opportunity came to speak to him so we brought him up and we’ll see where it goes.

“It’s still at the very early stages. It will depend what other clubs are in for him. We’d love to get him here but we’ll just have to wait and see because he’s an 18-year-old who has been playing at the World Cup so I’m sure there will be a lot of suitors.”

The forward scored his third goal for the club against Hibernian on Monday after more than two months out injured and has become a fans’ favourite since his arrival in the summer.

Asked if any moves were afoot to land Humphrys on a permanent contract, Neilson said: “He’s got 18 months left at Wigan so it’s not something we would do just now but potentially in the summer, we might look at that.

“Wigan have an option to take him back this month so we’re waiting to see about that. It’s not in our hands. We’re desperate to keep him and I know Stephen’s desperate to stay here but ultimately the parent club have the power.”

The Jambos are set to extend the contract of 35-year-old midfielder Robert Snodgrass, who has excelled since joining in September on a deal until the end of this season.

“We’ll probably get the January window out the way and then we’ll start moving things with that because he’s done exceptionally well and we’d like to keep him a bit longer.”

Neilson also confirmed that Hearts are looking to recruit a new centre-back after Craig Halkett was recently ruled out for the rest of the season with anterior cruciate ligament damage.

“Yes, it’s an area we’re looking to strengthen in,” he said.

“We’ve got a couple of targets we’re hopeful of getting.”

Neilson dismissed any suggestion that he is worried about the potential of losing top scorer Lawrence Shankland.

The 27-year-old, who joined the Jambos in the summer, has hit 18 goals in all competitions and is joint-top scorer in the cinch Premiership with 15.

“Not really,” he said when asked if he was concerned about possible interest from elsewhere.

“He’s top scorer in the league and our club captain so if somebody wants to buy him it’s going to cost a lot of money. There’s nothing there at the moment.”