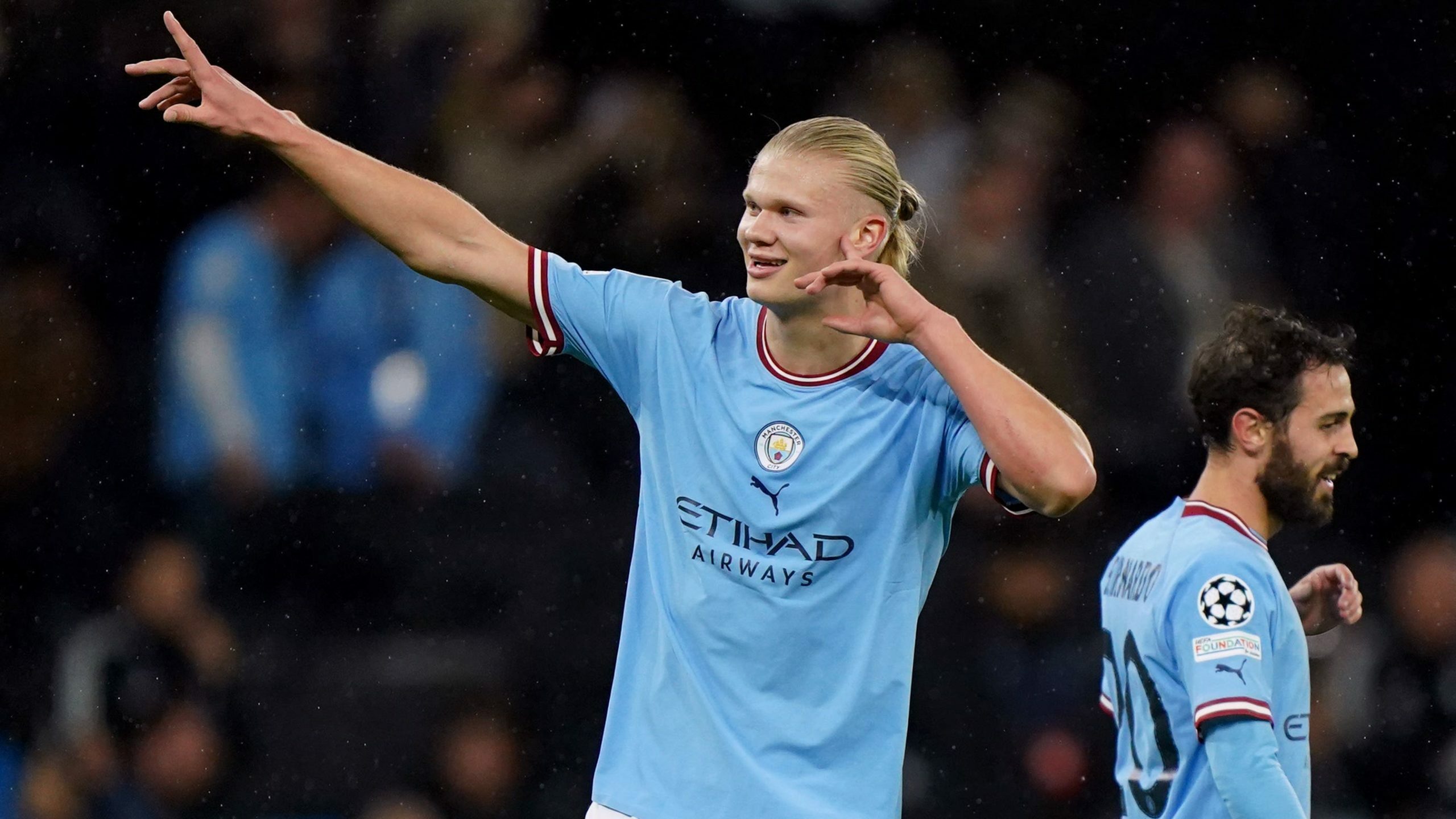 By By Andy Hampson PAOctober 15, 2022No Comments

Pep Guardiola believes Erling Haaland is so good that he shines even when doing nothing.

Haaland has been sensational since joining Manchester City in the summer, scoring 20 goals in just 13 appearances for the Premier League champions.

The Norwegian has bagged three hat-tricks and has also weighed in with three assists.

Yet it is not just these numbers that have impressed City manager Guardiola, but the work the 22-year-old does during the long periods in games when he sees little of the ball.

Guardiola said: “I’ve been really surprised at his mentality. We knew his skills, but not how he behaves in bad moments, in the situations when he’s not involved for 20 minutes.

“He’s never out of the game, he’s always focused. It is difficult to score a goal when you don’t touch the ball, when you are not involved in the feelings, but always he has that belief and he is involved in the process.

“He is always thinking, ‘I will have a chance, I will arrive, I will have the moment, I will score a goal’. He’s never disconnected, even when not being involved much.

“Now he is involved more than in the beginning, but even when he is not involved, he is never disconnected up here. That is the most important thing.”

Haaland was rested for the first time since joining City for the midweek draw against FC Copenhagen in the Champions League but is poised to return for Sunday’s trip to Liverpool.

Guardiola expects plenty more to come from the forward although he anticipates there will be tough times too.

He said: “When a player arrives always I expect the best, always I thought this guy would score goals.

“So far the numbers are unbelievable and the important thing is he’s playing regularly. He’s not had to stop, as happened last season, unfortunately, for Borussia Dortmund.

“But he came for many years and he’s just arrived – two or three months.

“He can improve but many bad moments are coming. In that moment it is just, ‘OK, go for the next one’.”