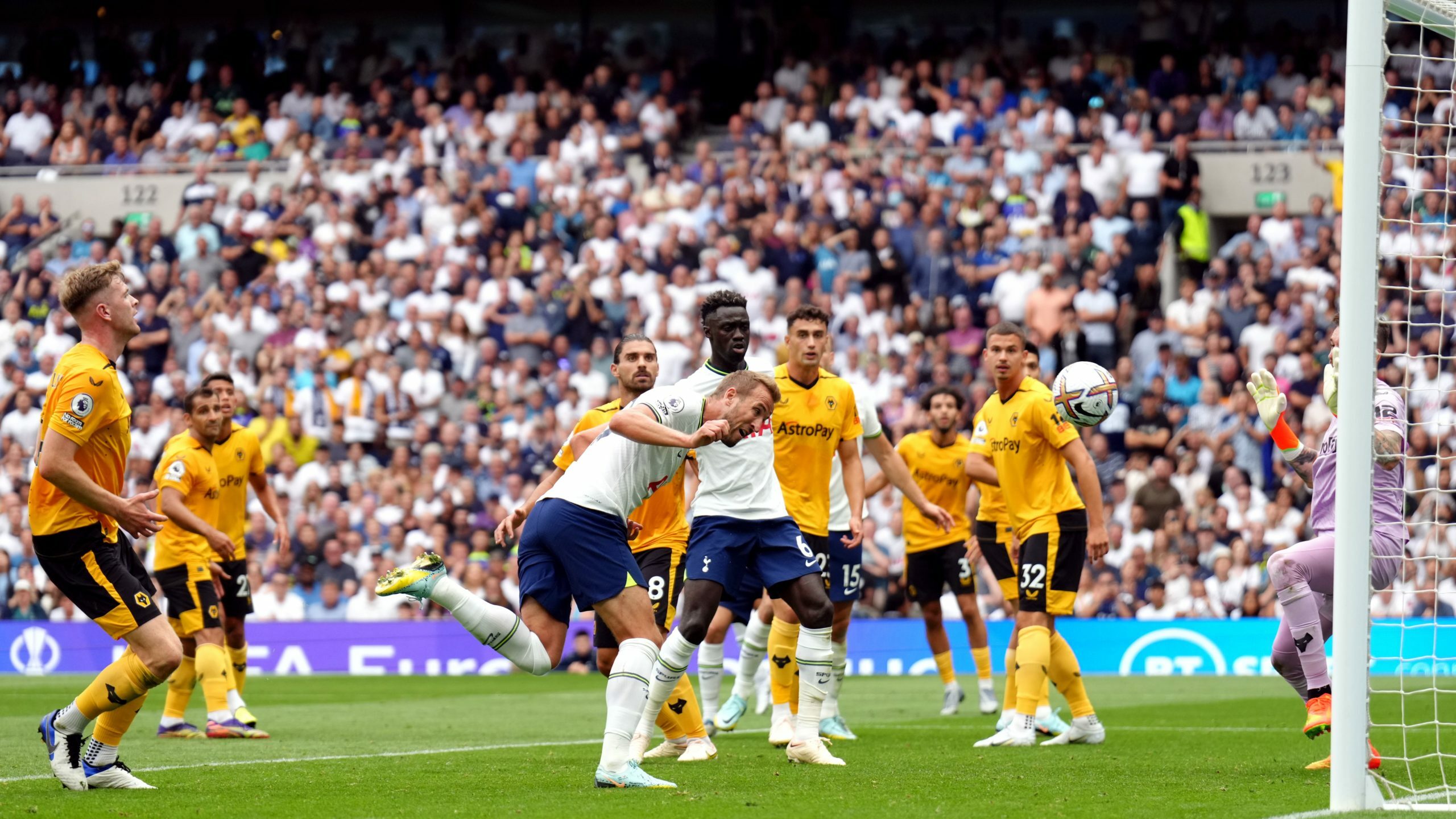 History for Harry Kane as Spurs see off Wolves

The England captain headed home in the second half to score for the 185th time in the Premier League – the most a player has scored for one club.

It took him above Sergio Aguero to fourth in the all-time list of scorers and it was his 250th in all competitions for Spurs, with Jimmy Greaves’ record of 266 surely under threat this season.

His goal, which was also Tottenham’s 1,000th at home in the Premier League, earned Spurs the win which extends their unbeaten start to the season.

Kane and partner in crime Son Heung-min both hit the woodwork in a much-improved second-half display.

Wolves will perhaps feel hard done by as they were the better team in the opening 45 minutes with new record signing Matheus Nunes missing their best opportunity in the first half.

Defeat leaves Bruno Lage’s side with just one point from their opening three games as they begin the season slowly again.

They might have fancied their chances this afternoon as they enjoy playing at Tottenham’s new home, having won here in 2020 and last season, and they bossed the opening 45 minutes.

They restricted the supply to Spurs’ dangerous front three and carried their own threat going forward.

They were only able to create half-chances, though, as Ruben Neves’ spectacular volley from a corner routine went straight to Hugo Lloris while Daniel Podence bundled an effort wide when the ball fell kindly to him in the area.

Their best moment came five minutes before the break as Neves picked out Nunes who put his header just wide with Lloris rooted to the spot.

Spurs had to wait until the 45th minute for their only real moment of the first half as Kane forced Jose Sa into a stretching save from Ivan Perisic’s cross.

It was not hard for Spurs to improve after the break and they started strongly.

Kane almost got his goal in the 50th minute as he thundered a header against the crossbar from Dejan Kulusevski’s cross and then had another effort blocked when the Swede teed him up again.

Another chance came when some quick-thinking at a free-kick from Kane set Son through on goal but the South Korean fluffed his lines under pressure from Nathan Collins.

The pressure was eventually rewarded in the 64th minute as Kane entered the record books.

Perisic flicked Son’s cross on and Kane nodded home from close range to overtake Aguero in the list of all-time scorers, with Andrew Cole next in his sights on 187.

Spurs looked most likely to add a second as Richarlison burst through on goal on a couple of occasions, but Kane’s goal proved the difference.