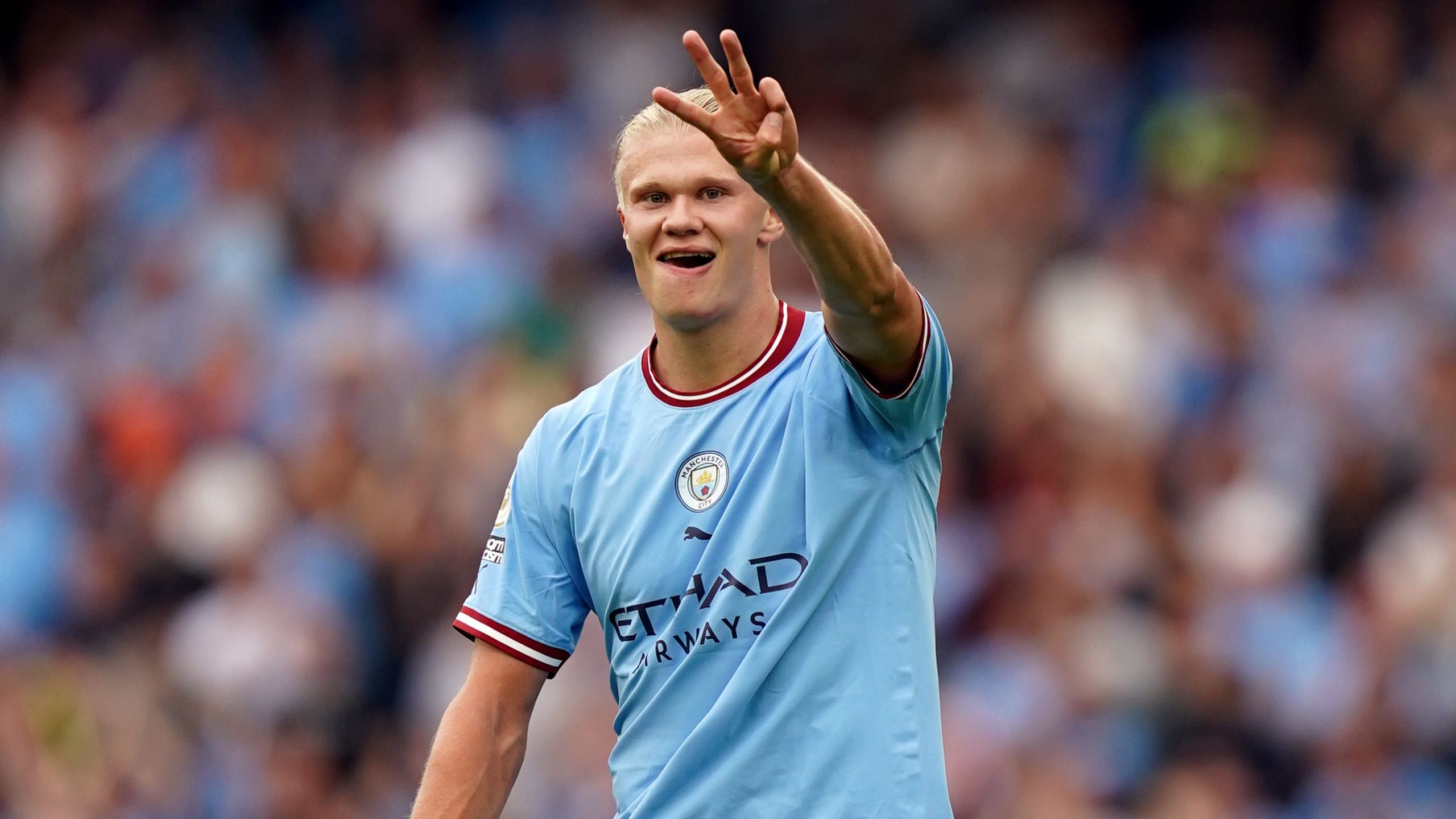 How do you stop Erling Haaland? The question facing Premier League defences

Erling Haaland has hit the ground running at Manchester City, becoming the first player in the Premier League era to score nine times in his first five matches.

The Norwegian arrived in England with a reputation as one of the hottest properties around and he has lived up to the label with successive hat-tricks against Crystal Palace and Nottingham Forest.

Here, the PA news agency attempts to give possible solutions to the question all opposition coaches will be thinking before they play City: how do you stop Haaland?

What makes him so special?

Having bagged 85 goals in 88 appearances in all competitions with Borussia Dortmund and 20 in 21 for Norway, Haaland is no flash in the pan.

Ultimately the 22-year-old is the prototype centre-forward; he is able to use his 6ft 5in frame to impose himself aerially as well as on the ground, he has pace to burn and his instincts are second to none.

As evidenced by his goalscoring record, he is simply a natural finisher.

What can be done to keep him quiet?

If a simple answer was at hand then it would have been snatched at before now.

Haaland is making history, finding the net against West Ham and Newcastle before superb trebles at home to Palace and Forest. Only Bournemouth have subdued him – but City still cruised to a 4-0 win and he claimed an assist.

Taller than predecessors Sergio Aguero and Gabriel Jesus, Haaland could be the missing piece in City’s jigsaw. Not only does he have the attributes, he possesses an ice-cool demeanour which could be crucial in the big games this season.

But surely something can be done?

Any concerns at how Haaland would cope with the physicality of the English top-flight have been emphatically silenced.

Bournemouth allowed him just eight touches of the ball but his first played in Ilkay Gundogan for City’s opener.

With Haaland spending much of his time in the opposition penalty area, there is the option of swarming him but even if he can drift in and out of matches, he can still make some sort of impact.

So he will just carry on scoring?

No. Frankly his scoring rate – which, if he carries on and plays all 38 games, would bring 68 goals – is unsustainable. That is double the current record held by Andy Cole and Alan Shearer, when seasons consisted of 42 rather than 38 matches.

There will be occasions when Haaland is off-colour and defences will surely adapt to the youngster while he is unlikely to be an ever-present in the league, with City boss Pep Guardiola having to juggle his resources as they go for domestic and European glory.

Tellingly, City are yet to face any of their top-six rivals in the league and have not started their Champions League campaign. It will be interesting how the bigger clubs attempt to stifle Haaland.

What can they do?

While Haaland can occasionally drop deep to collect the ball, it seems Guardiola wants his marquee signing as high up the pitch as possible. Getting a defensive midfielder to man-mark Haaland out of the game therefore seems unlikely.

It is unfair to place too much emphasis on his competitive debut against Liverpool in the Community Shield. But even though he was kept relatively muted by Virgil van Dijk, Haaland did get into space late on only to miss a simple chance as the Reds claimed a 3-1 win.

All eyes will be on October 16 for the Van Dijk-Haaland rematch at Anfield. Before then, City have the Manchester derby and will be in Champions League action which will be another acid test for Haaland.