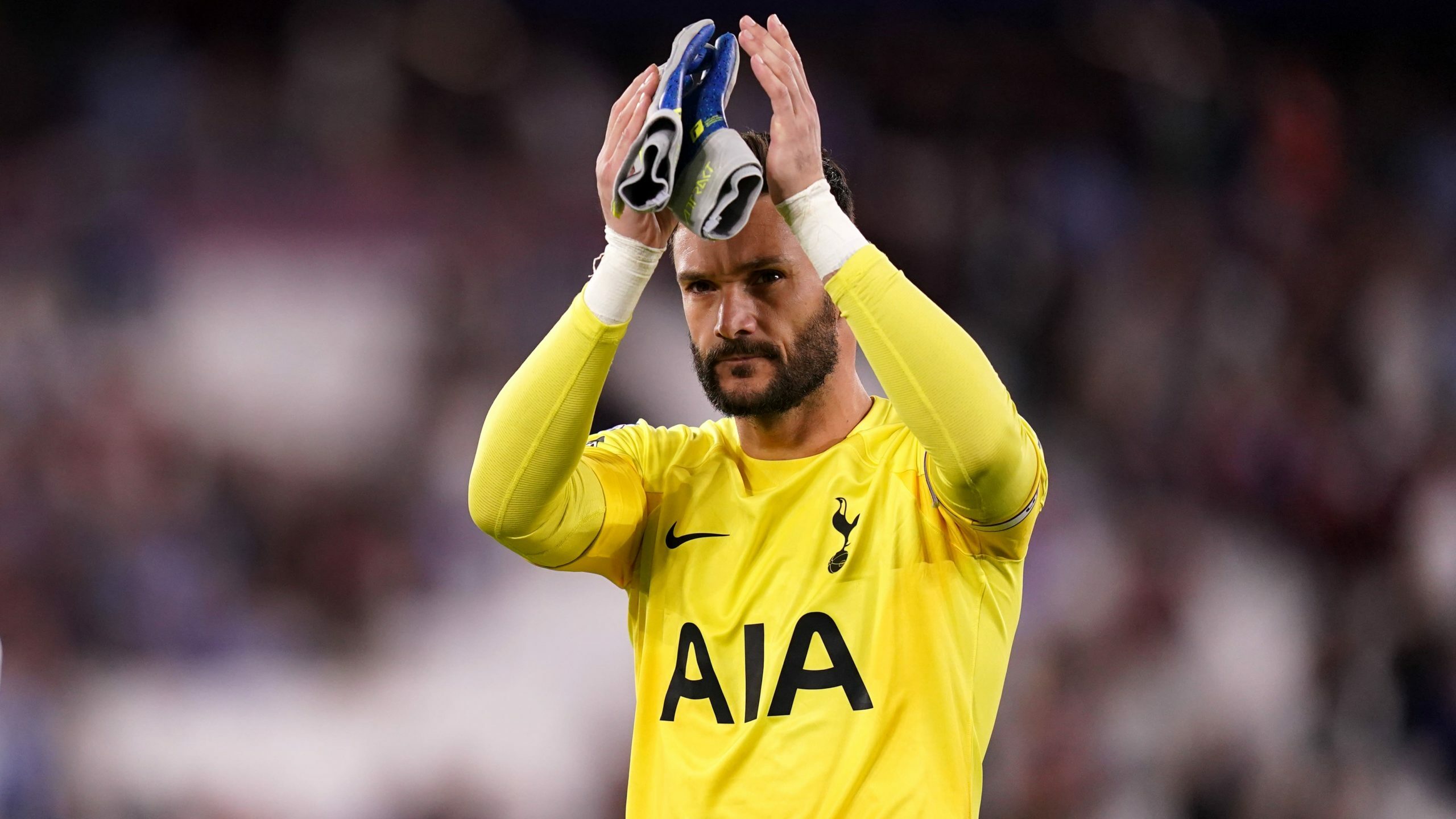 Hugo Lloris has called on Tottenham to back up their point at West Ham with victory at home to Fulham on Saturday.

Spurs had to settle for a 1-1 draw at the London Stadium on Wednesday after Thilo Kehrer’s first-half own goal was cancelled out by Tomas Soucek’s 55th-minute leveller.

Antonio Conte’s side struggled in the second period but withstood a late barrage from the hosts to stay unbeaten after five Premier League games and remain third in the table on 11 points.

“There is a mix of feelings after that game, but if we look on the positive side, we’re still unbeaten,” Lloris said.

“The way we conceded is frustrating. From the throw-in, we had to switch on quicker and the first 10 minutes of the second half the tempo was a bit strange. We know that if we want to do better than the last few seasons it’s all about details, to keep the focus very high.

“There is still room to improve and be better but if we compare to where we were last season, we stepped up but it’s not enough.

“We have to carry on, continue our work. It’s a long season and we need to consider that point. It’s still a point against West Ham. The best way is like the Chelsea (draw), to give credit to a point is to win the next game.”

Conte hinted after the derby that he would rotate for the visit of Marco Silva’s side, who have won two of their first five fixtures.

It could open the door for Richarlison to make his full debut with Spurs in the middle of seven matches in 21 days and Son Heung-min may make way after struggling for form so far this season but his captain backed the South Korean to get off the mark soon.

“We cannot forget the work he has done. He’s completely involved. Without the ball he’s making a lot of runs to help the defence and offensively.

“It’s going to come for sure because he’s a top player with a top mentality. Also it’s a busy period and we need to make sure everybody is ready.”

Angelo Ogbonna believes West Ham have put their slow start to the season behind them.

The Hammers, who have made eight summer signings, lost their first three matches without scoring a goal.

But they have since beaten Danish side Viborg twice to reach the Europa Conference League group stages and won at Aston Villa on Sunday.

“When you change things, it’s part of the process. It’s normal, when you try to change a lot. We started a bit sloppy,” said Ogbonna.

“Last season, we were a little bit short (of numbers). I think we did really well for two seasons, last season was fantastic, and it’s normal that the performances can drop for one, two, three games.

“Pre-season was quite long as well, we started a little bit early, but it’s part of the process and we need to let the new people adapt.”

Italian defender Ogbonna’s introduction as a 72nd-minute substitute was his first appearance in the Premier League since suffering an anterior cruciate ligament injury last November.

“I’m so glad to come back in a derby. It’s been fantastic and a bit emotional because my family was here,” he added.

“I couldn’t wait to get back on the pitch. The result was fantastic, the performance was really good and I think we deserved even more.”