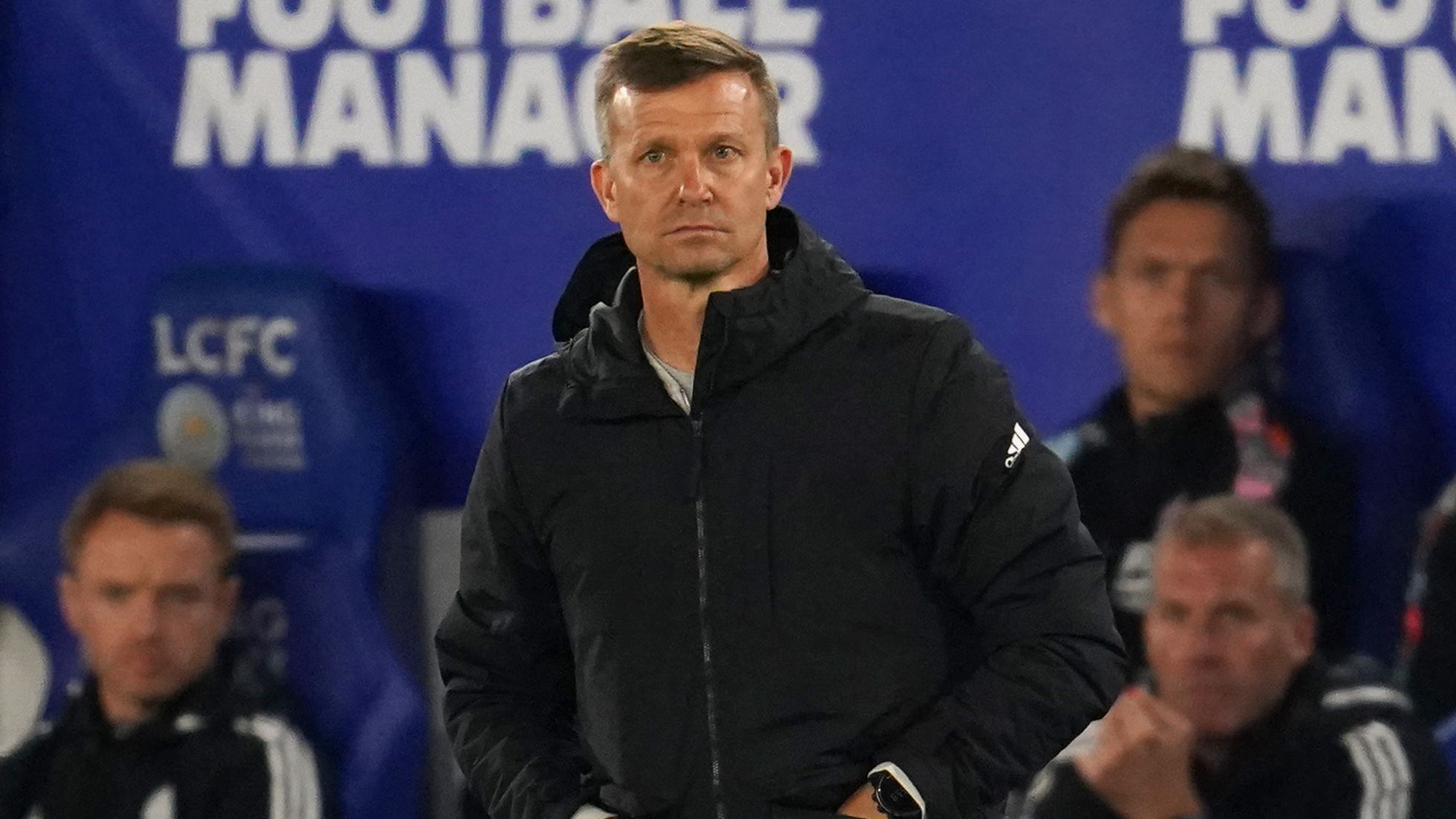 Jesse Marsch has admitted he was at one of the lowest points of his football career as he bids to halt Leeds’ slide down the Premier League.

Thursday night’s 2-0 defeat at Leicester extended Leeds’ winless run to seven matches and a section of their travelling fans booed them off the field at the King Power Stadium.

When asked if it was his toughest moment in football, the former New York Red Bulls, Salzburg and Leipzig boss said: “For me? Yeah, pretty tough. But I knew coming to Leeds United was going to be difficult.

“I knew building it up to be a team in the Premier League that we thought could be successful was never going to be easy.

Next up for Leeds is in-form Fulham at Elland Road on Sunday and Marsch has urged Whites fans to unite behind his team as they chase their first league win since August.

In response to a lacklustre display at Leicester, loud chants for former head coach Marcelo Bielsa were heard in the away end and Marsch feels that will have a negative effect on his side.

“Yeah I think it does impact the players,” the American said. “If it’s fair or not, it doesn’t really matter, they can express their opinion however they want.

“The only one I really heard that was bad was the one for Marcelo Bielsa and I’m OK with that. I’m OK with the fact that Marcelo is a club legend.

“I would hope that they’ve seen there’s been a lot of work done and we’ve worked really hard as a group, as a club, as a team to save our season last year and we’re going to do the same again, to find a way to be successful.”

Leeds have failed to score in three of their last four matches and Marsch said the first goal at Elland Road against Fulham will be crucial.

“Yeah, massive,” he added. “A good start, a confident start, a goal in general. We need goals. It would be massively important for us.

Marsch reported no new injury worries post-match on Thursday and said he was hopeful Pascal Struijk can recover in time from the knock which kept him out.