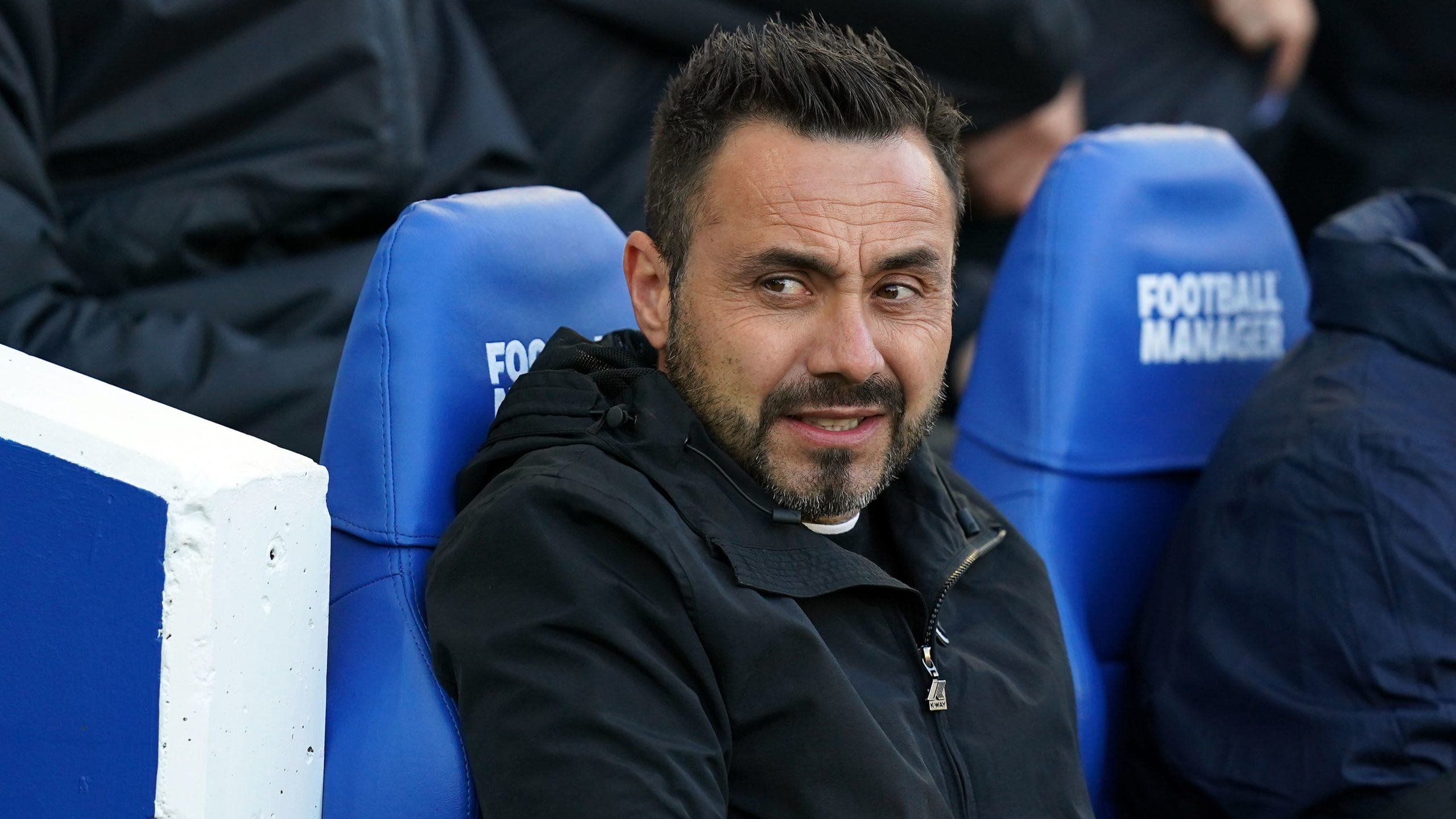 Brighton boss Roberto De Zerbi said experiencing the war in Ukraine means he has nothing to fear in football after a frustrating goalless draw with lowly Nottingham Forest prompted a smattering of boos.

Albion controlled the contest at the Amex Stadium and struck the crossbar through Leandro Trossard but remain without a win since the Italian replaced Graham Potter four games ago.

Pascal Gross was denied a late winner by a superb stop from Forest goalkeeper Dean Henderson, before some of the Seagulls’ frustrated fans jeered the stalemate at the full-time whistle.

De Zerbi, who left his role as Shakhtar Donetsk manager following the Russian invasion, was happy with the dominant display but conceded his side need a greater attacking threat following three games without a goal.

“I enjoy a lot (the performance); I am sorry for the result,” said De Zerbi, who has taken two points from a possible 12.

“OK, we have to improve the last 25 metres and we have to work. But I cannot say anything more.

“I stayed five days inside the war and I’m not afraid of football. Normally I am sorry for the result because in four games only two points is not too much.”

Brighton recorded 70 per cent possession and 19 attempts at goal on Tuesday evening, while struggling Forest failed to register an effort on target en route to climbing off the bottom of the table.

De Zerbi’s difficult start to life in English football continues with a weekend trip to champions Manchester City, before former Seagulls boss Potter returns to the south coast with Chelsea a week later.

The 43-year-old knows a swift upturn in results is required.

“I don’t know if we will see the result but I know where we have to work,” he said.

“I don’t want to speak too much about being unlucky or the result being unfair or similar things.

“I want to speak about the improvement we have to do very fast.”

Forest moved a point and a place above East Midlands rivals Leicester after doggedly digging in to claim only a sixth point of a difficult campaign to date.

Manager Steve Cooper hailed a step in the right direction but insisted the result was not enough to leave him skipping for joy as he seeks further improvement.

“It was always going to be a tough game tonight,” he said. “Brighton are a really good team. I know they’ve changed their manager but they’ve continued to play in a really good way.

“For the players to show the resilience and the desire and the spirit that they did tonight, it’s ended up being a good point.

“If we’d had a few more points on the board and we were a bit higher up the league, it would be a great point.

“Is that exactly what we want to be tonight? No. But there were signs. There’s small progress.

“Don’t get me wrong there’s a lot to improve on but there’s certainly a real commitment from the players every single day.

“I’m not going to skip out of here. It’s a good point, of course, but there’s still loads of things I know we’ve got loads of improvement to make on.”