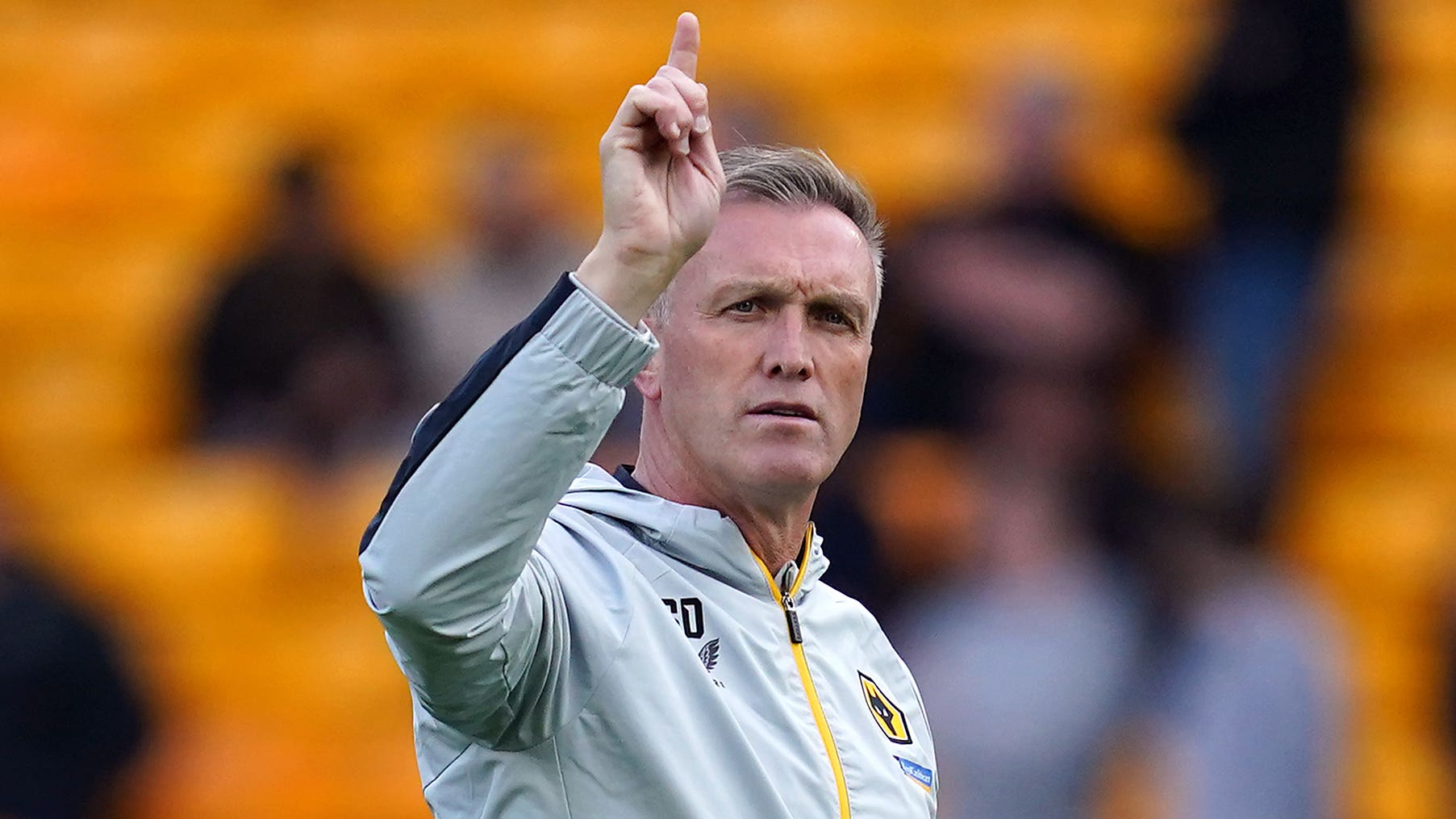 Caretaker boss Steve Davis will stay in charge at Wolves until the new year.

The Premier League strugglers have opted to give Davis a longer spell after QPR head coach Michael Beale rejected the chance to move to Molineux.

Wolves have been looking for a new manager since sacking Bruno Lage earlier this month and Davis has been in charge for three games.

Chairman Jeff Shi said: “In the short time Steve and his team have been in interim charge of the first-team, we have already seen improvements to the group, with the players responding well to their methods and the changes they have started to implement.

“Steve understands the culture and standards set at this club, and we want to give him and his team clarity on their positions and allow them the best possible opportunity for success.

“While there are no outstanding candidates to appoint on a permanent basis to the head coach position, we have complete faith in their ability and leadership to continue their roles into the World Cup break and new year.

“We have no plans to rush our search for a new permanent head coach and will not compromise in any way our approach to appointing the person we believe to be the perfect fit for our club, our squad and the role of head coach at Wolves.”

Davis will continue to be assisted by James Collins and Tony Roberts and the club will look to extend the coaching team to provide more support.

Former coach Rob Edwards and ex-Lyon coach Peter Bosz were interviewed while Nuno Espirito Santo, who led the team from 2017 until 2021, was under consideration.

QPR’s Beale was flattered to be offered the opportunity to talk to Wolves.

The 42-year-old has impressed in his first job in management, taking Rangers to the top of the Sky Bet Championship following a 3-0 home win over Cardiff on Wednesday night.

Wolves had made Beale, who was assistant to Steven Gerrard at Aston Villa before joining QPR in the summer, their top choice.

However, after being notified of a formal approach late on Wednesday, Beale opted to stay at Loftus Road.

“Wolves is a fantastic football club and it was a real privilege to be asked to speak to them, but I didn’t think it was the right moment because I entered into an agreement here,” Beale said in an interview with QPR club media.

“Integrity and loyalty are big things for me, and if they are the values you live by you have to be strong.

“I have been all-in here and I have asked other people to be all-in so I can’t be the first person to run away from the ship.

“I don’t think we are anywhere near where I want QPR to be. We have a lot to do but I’m excited by it.”

“I was really focused on here and everything came out of the blue. These things really do snowball and everybody has an opinion and a view.”