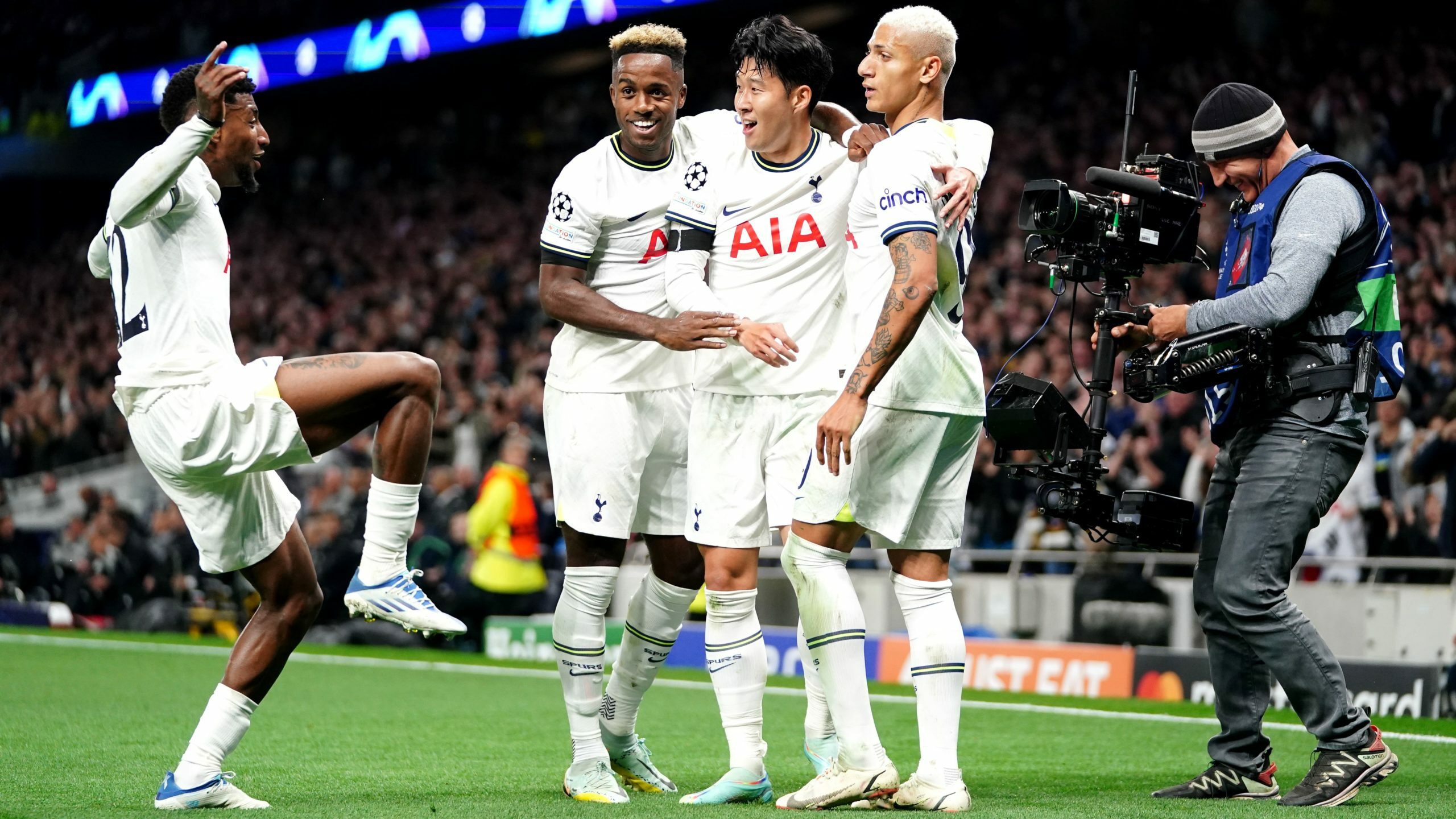 Son Heung-min has insisted nobody at Tottenham is bothered by criticism over their perceived negative style of play.

A double from the South Korean on Wednesday helped Spurs earn a thrilling 3-2 victory over Eintracht Frankfurt to send them top of Group D and one victory away from qualifying for the Champions League last-16.

It continued Tottenham’s 100 per cent record at home with their six matches in N17 this season producing 18 goals for the hosts but it has been clear at times Antonio Conte’s side have lacked fluidity and often looked disjointed in attack.

The midweek success in Europe was a step in the right direction with the deadly duo of Son and Harry Kane linking up to good effect again, like they had at Brighton on Saturday.

Everton are the next visitors to Tottenham this coming weekend and while most fans would like Spurs to go full-throttle, Son knows substance tops style for a team who are third in the Premier League after nine fixtures.

“No, I think it doesn’t matter,” Son laughed when quizzed on critics.

“They criticise because we are almost in a good position in both the league and Champions League as well.

“I think the criticism is because the expectation is high so I am looking at it that way. Maybe I am too positive? But I think looking that way is good.

More knifes would have been out had Tottenham not recovered from trailing to Frankfurt midfielder Daichi Kamada’s early goal but it was their reliable duo who turned the clash around.

Kane sent Son on his way with a perfectly-weighted through ball and the latter did the rest before the England striker fired home a penalty, which he had won with a bulldozing run into the area.

Son volleyed home a third from a Pierre-Emile Hojbjerg cross but it was the latest goal involvement between Spurs’ key strikers which caught the eye.

Son added: “The partnership we know is there. Three days ago when we play against Brighton we combine again for another goal. It is not only about confidence.

“The way we understand (each other), I think this is almost now natural so I just do my best, my job on the field. This is what I am doing and I think it is important we keep working on it.”

Despite a late scare from Frankfurt, who had Tuta sent off but almost grabbed an undeserved point after Faride Alidou’s late consolation, Tottenham held on to move within one win of qualification.

It was only three years ago when under Mauricio Pochettino they made it all the way to the final, but Son is not getting ahead of himself with fixtures against Sporting and Marseille to come.

“We are top of the group but it doesn’t mean nothing at the moment,” he insisted.

“There will be two massive games, two important games and we just have to focus.

“In two weeks we have another home game so we can prepare well, we can do everything completely so it is in our hands.

“We need to do our best to do what we want to achieve. I don’t really focus on any other team and what they are thinking about our team because I am only focused on our team and what we can do better.”