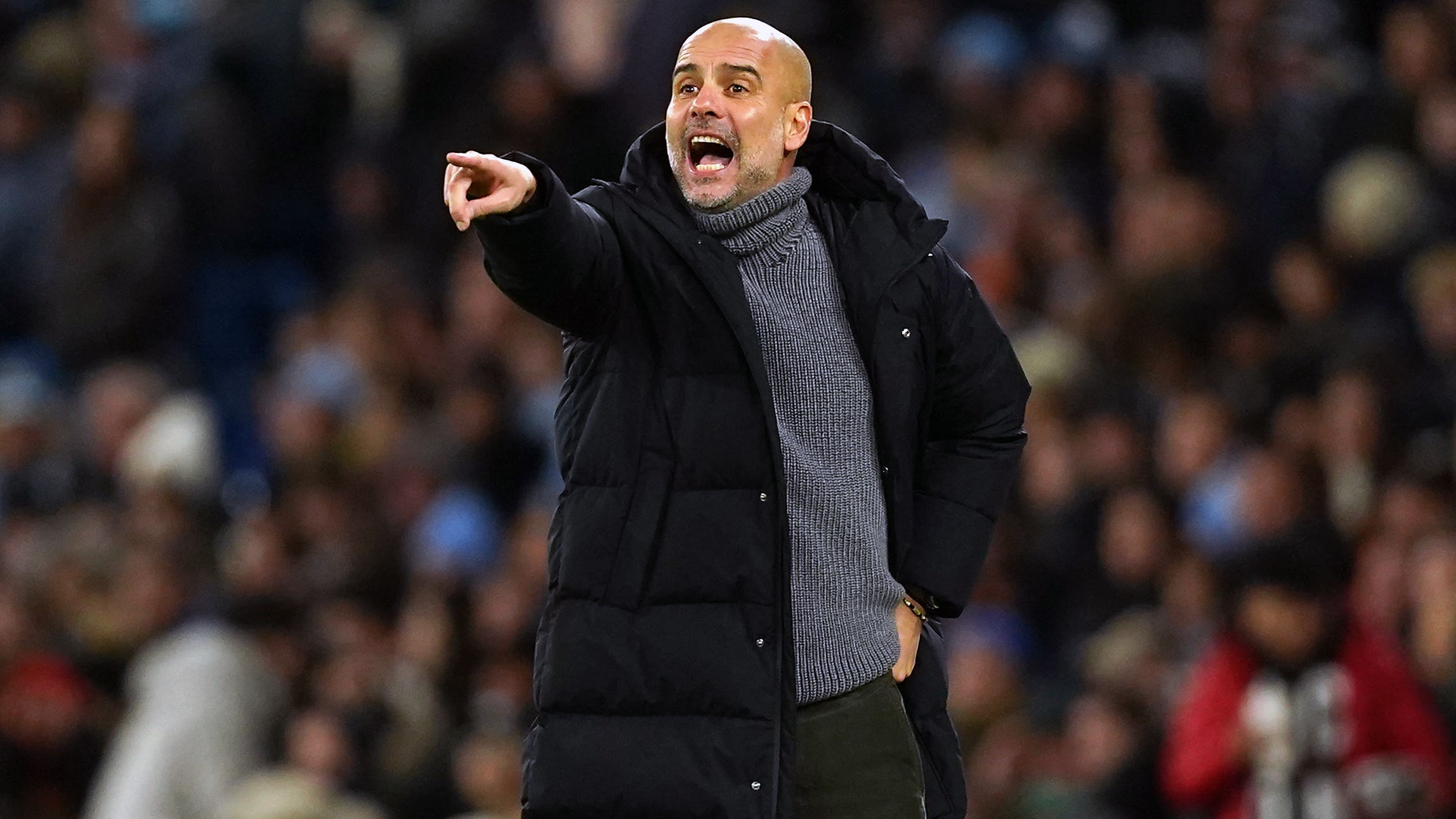 By By Andy Hampson PAJanuary 18, 2023No Comments

Pep Guardiola has accepted the blame for Manchester City’s recent downturn in form and the break in supply to Erling Haaland up front.

The champions have fallen eight points behind Arsenal at the top of the Premier League after winning just one of their last three games in the competition.

That sequence includes last Saturday’s frustrating and controversial derby loss to Manchester United while City also slumped to an unexpected Carabao Cup quarter-final loss at Southampton a week ago.

City mustered just one shot on target across the games against Southampton and United while Haaland, scorer of 27 goals already this season, has not found the net in his last three outings.

City manager Guardiola, whose side will look to get back to winning ways against Tottenham on Thursday, said: “We have our game, we have our principles (but) the way we played in last two games didn’t help Erling to score.

“We have too many players outside and too few inside. Without players inside you cannot defend and you cannot play good, especially in the final third.

“In the build-up you can be wider, but in the final third you have to have players in the middle. If Erling is not there we are not going to score goals.

“In the past we have always had incredible movements in the final third, in the small spaces. Now, in the last two games, we haven’t had it. I would say it was my fault. I didn’t make them understand the way we have to attack.

“We need runners, not just Erling. If we had just Erling he would be controlled by two or three central defenders. We need more players in those positions, definitely. We have done it. We have to do it more often.”

Guardiola accepts the onus is on him to make sure City are meeting the expectations people now have for them after winning the title in four of the past five seasons.

He said: “I prefer to be eight points in front but I like to handle this situation, I love it.

“I have to find something to make the team better. I’m the man responsible. When the players don’t play good, if they don’t have the desire to do it, it is because something is wrong in my decisions. We have to find it.

“People don’t think about the memories, how good we were. When I die people will talk about how good Pep was. That’s for sure.

“But since we are here, people expect us to perform well, win the games and try to find the way. Otherwise – Pep out.

“This is how our jobs work – and I want Pep in! I want to stay here, this is what I want, and for that we have to win games and be there in all the competitions.”

Guardiola feels the situation has left City with their work cut out to ensure they secure a top-four place.

He said: “It’s always difficult. I always give a lot of credit when we qualify for the Champions League.

“But it’s not about now. It’s about the next game and the next game, trying to make some consistency in our games, to try to win the games. This is what we have to try to do.”