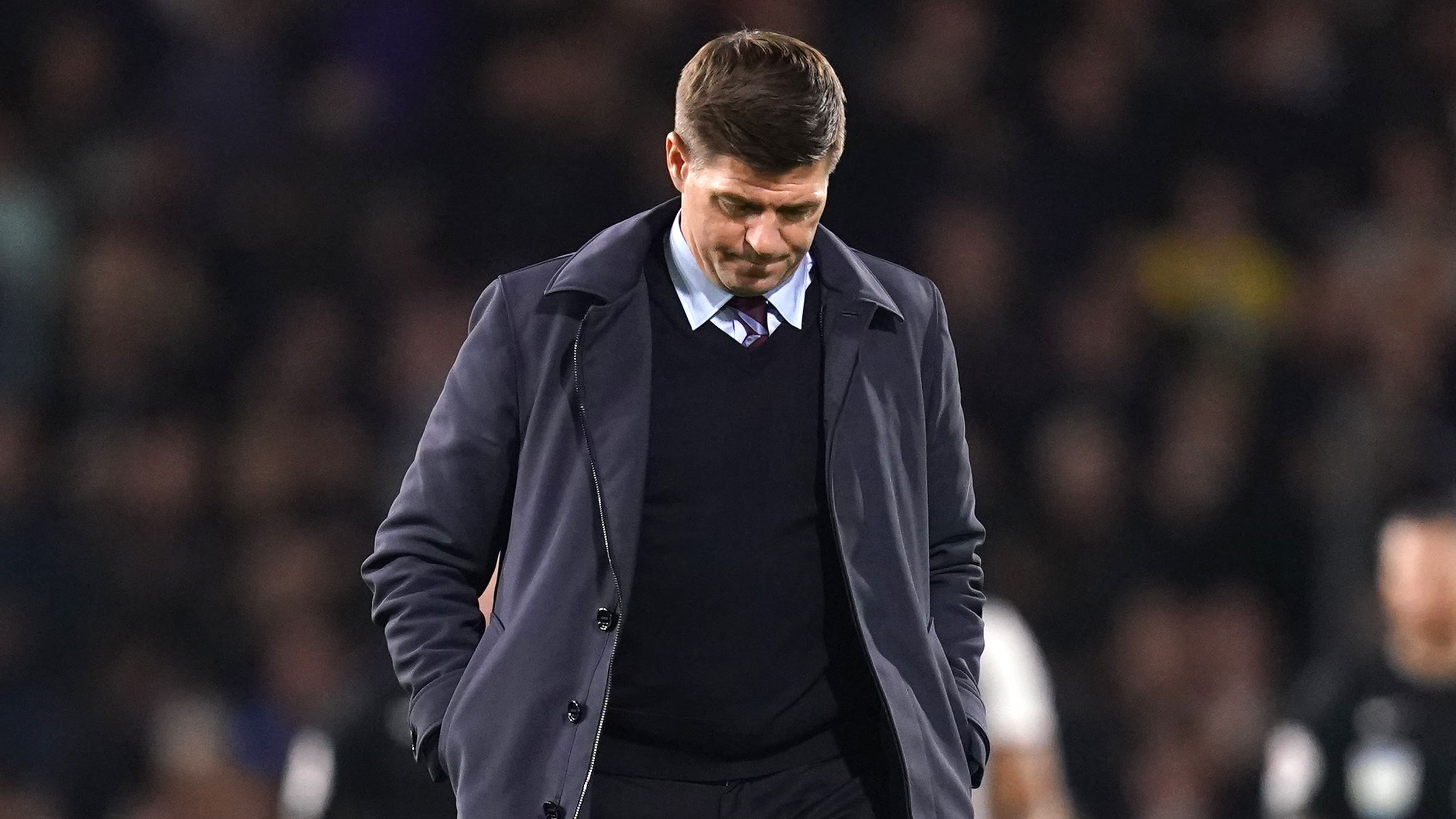 Steven Gerrard has told of his regret at not being able to make a success of the Aston Villa job.

Gerrard was sacked as manager in the aftermath of Villa’s 3-0 defeat at Fulham on Thursday night.

The club have collected just nine points from their opening 11 matches and only lie above the relegation zone on goals scored.

Gerrard wrote on Instagram: “I would like to thank everyone connected to Aston Villa Football Club, for the support shown to me during my time there.

“I would personally like to thank the board of directors, the players and all the staff for their hard work.

“To the fans, it is regrettable that it didn’t work out in the end, but I owe you a debt of gratitude for the way you welcomed me into your club, and continued to push the team on during difficult times.

“Aston Villa is a club with a special history, I really wanted to bring back those memorable achievements, unfortunately it wasn’t to be. I wish everyone at the club all the very best for the future.”

Meanwhile, Sporting Lisbon boss Ruben Amorim has refused to be drawn on the Villa job.

The 37-year-old is a contender to replace Gerrard having guided Sporting to their first Portuguese league title in 19 years last season.

Villa would have to pay a huge sum to take him from the Jose Alvalade Stadium, but Amorim has remained tight-lipped.

“In relation to other clubs, I am Sporting’s coach and there is nothing to say on the matter, once again,” he said, ahead of Sporting’s game with Casa Pia on Saturday.

Liverpool manager Jurgen Klopp expects former Reds captain Gerrard to come back stronger from his sacking – but hopes he takes some time away from the game first.

“I am sure he will come back from that,” said Klopp.

“We had a little exchange this morning, but nothing too deep. Not a long conversation.

“I can imagine it’s disappointing for him because of the visions he had and the things he wanted to achieve at Aston Villa. It is obviously not cool.

“But I don’t think we have to worry now about Stevie. He said himself yesterday, he knows the game long enough and these things can happen.

“How it is in life, we all get knocks here and there and it’s all about how you respond.

“He always came back and he will come back from that, no doubt about that.

“A lot of great managers out there had to leave their previous clubs for different reasons, some of the best did that – quite recently – and showed up somewhere else and learned from it, found a better situation.

“He will be back, 100 per cent, but now I hope he takes a bit of time as well because since he finished his (playing) career he is pretty much working all the time, so maybe use it now a little bit for himself to recharge.”

First-team coach Aaron Danks is set to take charge of the team for Sunday’s match against Brentford at Villa Park.

Villa chief executive Christian Purslow said: “The board has come to this decision following a full evaluation of results and performances over the calendar year.

“We were clear when we appointed Steven that we set an objective of continuous improvement, but that has not been achieved despite everybody’s best efforts and we believe the time is right to make these changes now.

“The process of appointing a new head coach is underway and we will update supporters as soon as possible.”