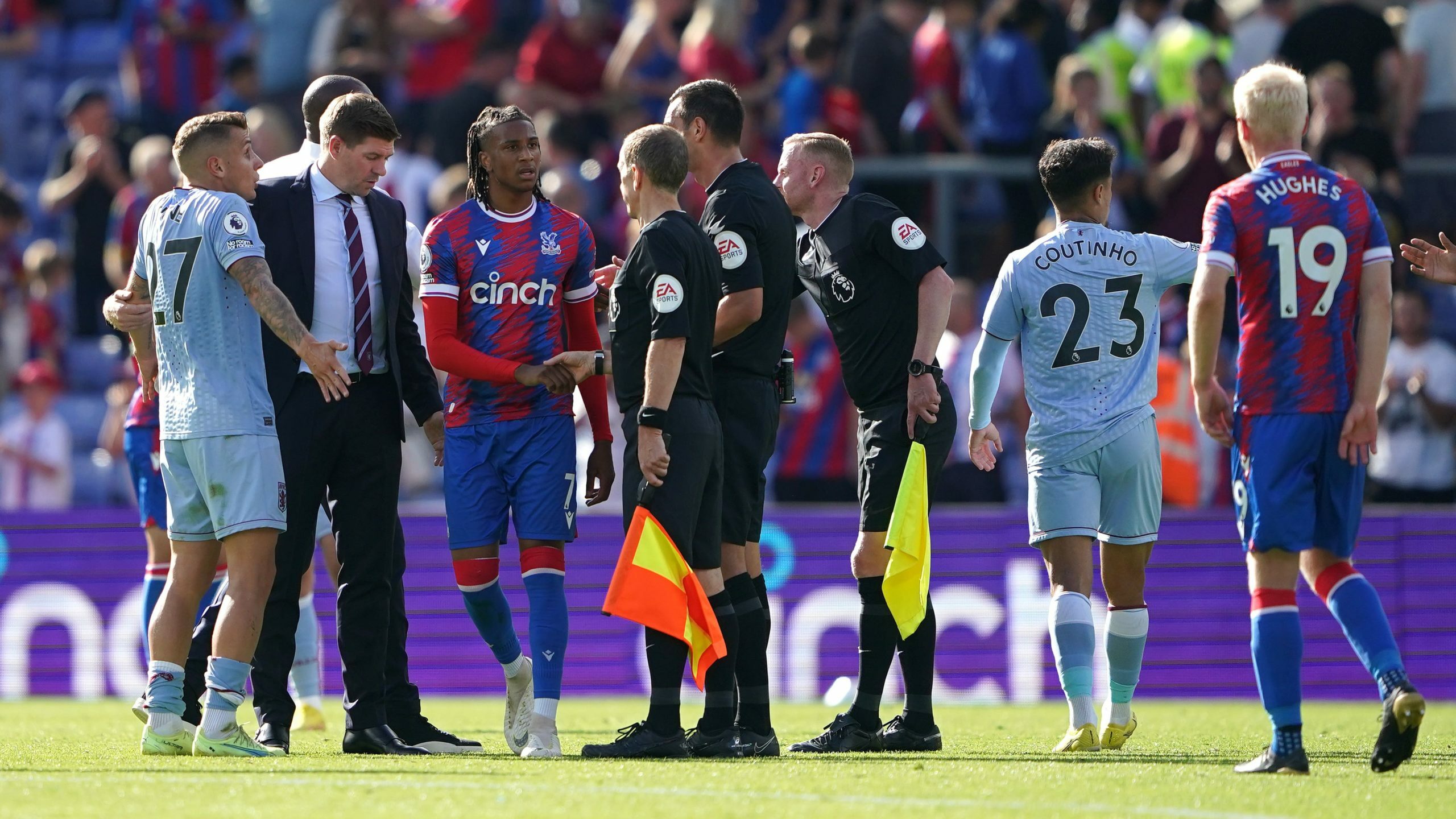 Aston Villa boss Steven Gerrard bemoaned a “harsh” VAR penalty decision after his side surrendered the lead to suffer a 3-1 Premier League loss at Crystal Palace.

Wilfried Zaha scored on the rebound from the resultant spot-kick – his second goal of the afternoon – before substitute Jean-Philippe Mateta sealed the Eagles’ maiden win of the season with his first touch.

“Some people will say, ‘it’s the rules, it’s a definite pen, it’s a stonewall pen’,” said Gerrard, whose side led through Ollie Watkins’ fifth-minute effort.

“For me, it’s harsh. I’m not sure what Lucas can do in the situation. He tries to compete honestly for the ball, he tries to jump naturally.

“He’s not trying to gain an advantage or stop the header on goal. It’s a complete accident.

“The referee goes to the monitor, gives a pen against us, our reaction from that moment wasn’t good enough and then obviously we concede a poor third goal and the game runs away from you.”

After racing ahead through England striker Watkins, Villa were pegged back almost immediately as the impressive Zaha broke forward to divert home an angled seventh-minute drive.

Palace then had a Jeffrey Schlupp goal disallowed for offside following another VAR intervention before Villa winger Leon Bailey struck the crossbar early in the second period.

While the visitors celebrated being saved by assistance from Stockley Park in the first half, they were soon lamenting it as Zaha tapped the Eagles ahead after Emiliano Martinez repelled his initial effort before Mateta made an instant impact to cap a miserable trip to south London.

“The moments went against us today and we have to accept that,” said Gerrard, whose side beat Everton last week following an opening-weekend defeat at newly promoted Bournemouth.

“I feel like we’ve taken a big step forward last week and a big one backwards today.

“The challenge for me and the players is we need to find a better level of consistency. It’s what I’ve said since I came in. We’re not there yet but we’ll keep striving for it.”

Palace boss Patrick Vieira hailed “one of the best” performances of his tenure after coming out on top against his fellow midfield great.

“I’m really happy,” he said. “Today, we had a really good performance. From the first minute until the last we played with a lot of intensity and I was really proud of the players.

“It’s one of the most consistent performances that we had from the start to the end.

“We were well-disciplined, players competed in every position. It is one of the best performance, I would say.”