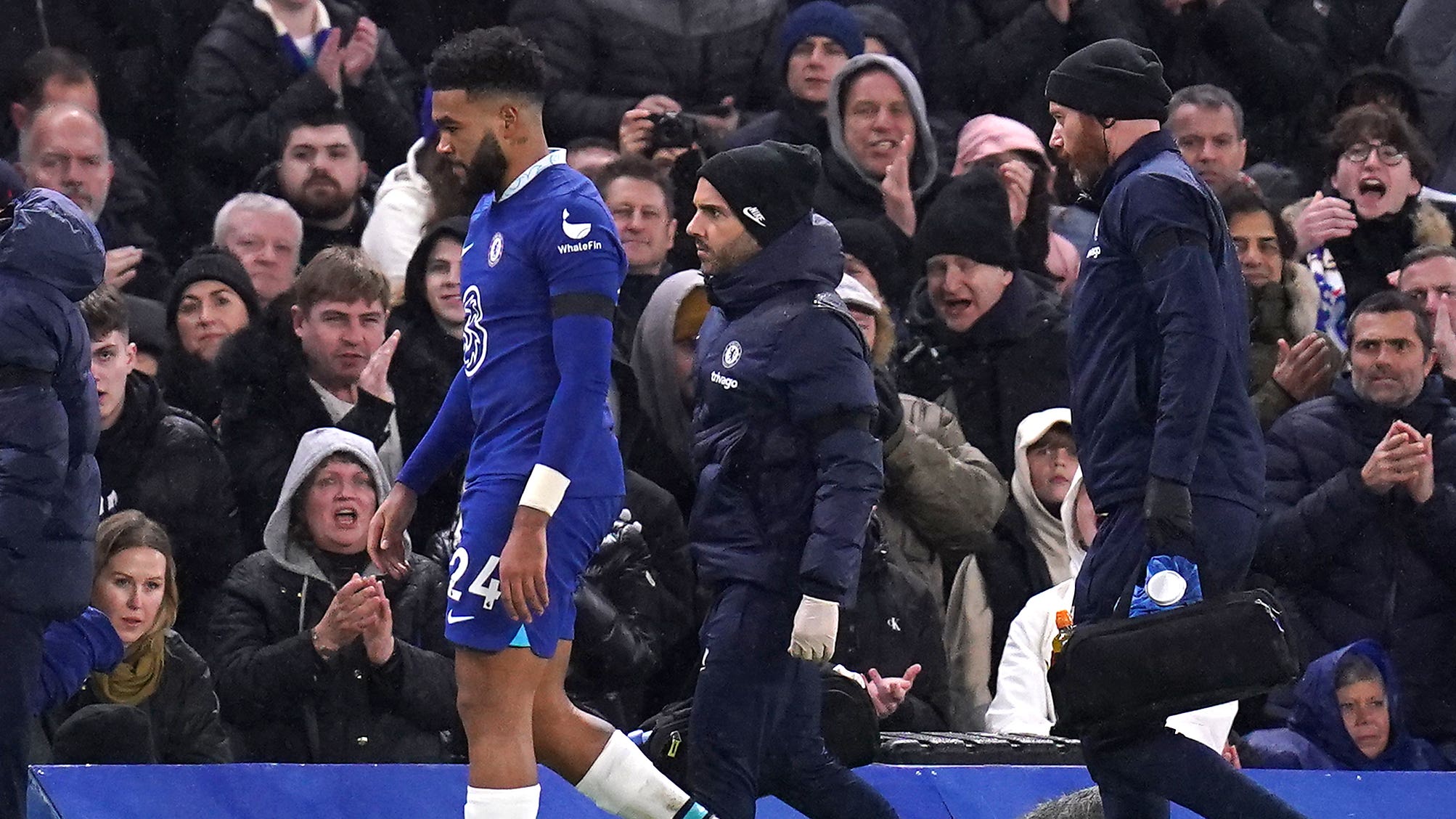 Chelsea full-back Reece James has admitted 2022 has been his “toughest year to date” after he suffered an injury setback on Tuesday.

The England international missed the World Cup in Qatar due to a knee injury but returned to start the Blues’ 2-0 win over Bournemouth.

James lasted almost hour at Stamford Bridge before he felt discomfort in the same knee and was forced off. He left the stadium wearing a knee brace.

“Just wanna thank you all for the support, none of you go unnoticed.

“It’s naturally effected me mentally, I’m currently just tryna deal with the cards I’ve been dealt. I hope your end of year is filled with peace, joy and happiness.”

Graham Potter expressed his concern over James’ injury after the victory but insisted it would be a waiting game to discover the full prognosis.

He said: “It’s really too soon, but it’s the same area so we are concerned and we’ll have to see over the next 24-48 hours.

“He felt something there and we will have to find out the extent of it and keep our fingers crossed. He’s disappointed, of course he is. At the moment, we are hoping it isn’t as bad.

“He’s been really disappointed to miss the World Cup, of course. It was a huge blow to him. You could see today his quality and what he brings to the team.

“He’s had to deal with the injury and he’s done that well. The plan was to play 60 minutes today so now he’s disappointed, of course.

“We hope it’s not as bad as it was and he can have a speedy recovery.”

James sustained his initial knee problem in October during a Champions League fixture with AC Milan.

An eight-week lay-off was predicted, which would have seen him fit for around the knockout stage of the World Cup but England boss Gareth Southgate decided against selecting the defender in his 26-man squad in November.

James conceded to being “devastated” at the time having worn a knee brace for a month in an effort to try and speed up his recovery in order to be fit for the tournament in Qatar.

He will now face a waiting game to discover the extent of this latest knee injury. Chelsea are next in action on New Year’s Day at Nottingham Forest.