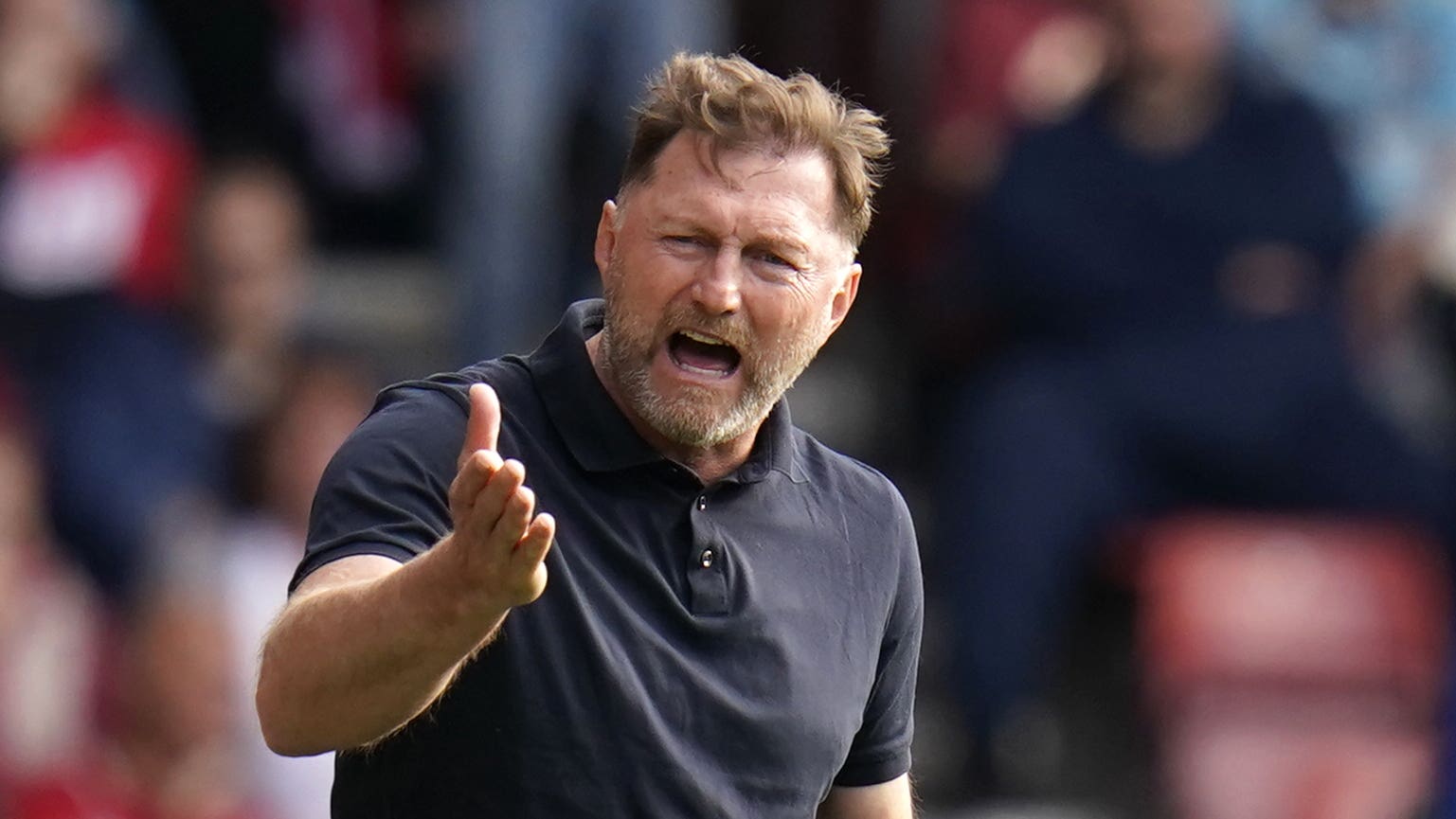 It’s not about me: Ralph Hasenhuttl calm about role as Southampton look for form

Southampton boss Ralph Hasenhuttl will not waste any energy worrying about whether his job is under threat as he looks to get results moving in the right direction again.

The Saints currently sit 17th in the table on the back of four straight Premier League defeats, with just one win from the last six.

That downturn in form derailed what had been a promising start to the new campaign, despite plenty of summer recruitment.

Hasenhuttl, though, has no intentions of losing focus on the job in hand as he looks to go again following a 4-0 defeat at Manchester City when Southampton host West Ham on Sunday.

“I have not really had one minute to think about it (my situation),” Hasenhuttl said. “This is not the way I plan my week.

“As long as I am here I do my best to make us successful. It costs so much energy there is no energy left to think about that question.

“For me, the only goal is to see my team working hard and knowing that on the weekend we have a very important game for this club and the fans.

“It is not about me, it’s about winning points and coming in a better position in the table.

“I think since I have been here we have not been below the (relegation) line, so it is necessary to win on Sunday or we could be below that line.”

Hasenhuttl will not lose any sleep over all of the background noise about whether he is on borrowed time.

“I don’t read all the social media stuff,” the Austrian said.

“I can only speak about the atmosphere we had at the last home game and it was 90 minutes of exactly how it should be to support our team.

“They (fans) know that the only chance to come out and to be successful is to stay together, to stand together.

“I have never had a doubt that they know about our situation and I think this is what makes them so special.”

Hasenhuttl added: “We all want to have a team that is playing like we have shown very often in the last years.

“We had always tough moments, but we had also moments where we could turn things around and it is every year the same that we are fighting for being successful with our qualities we have.

“We are since more than 10 years part of the Premier League and it is clear that the fans want to see us high up the table and this is the goal we have.”

Southampton’s head of recruitment, Joe Shields, looks set to leave his post to take up a position at Chelsea.

Having only arrived at St Mary’s Stadium from Manchester City during the summer, Southampton are said to be less than impressed by the turn of events.

Hasenhuttl, though, insists the situation will have minimal fallout on his squad.

“It is not a big loss for this club, I think, because his impact in six weeks was not the biggest so we are not in the situation where we fall into depression,” the Southampton boss said.

“He came in August and nearly all transfers had been done in this moment – he was not the person who brought in Romeo (Lavia) for example.

“For us we would like to have people here longer for sure, but if he decides not to be here for longer it is better he leaves immediately.”