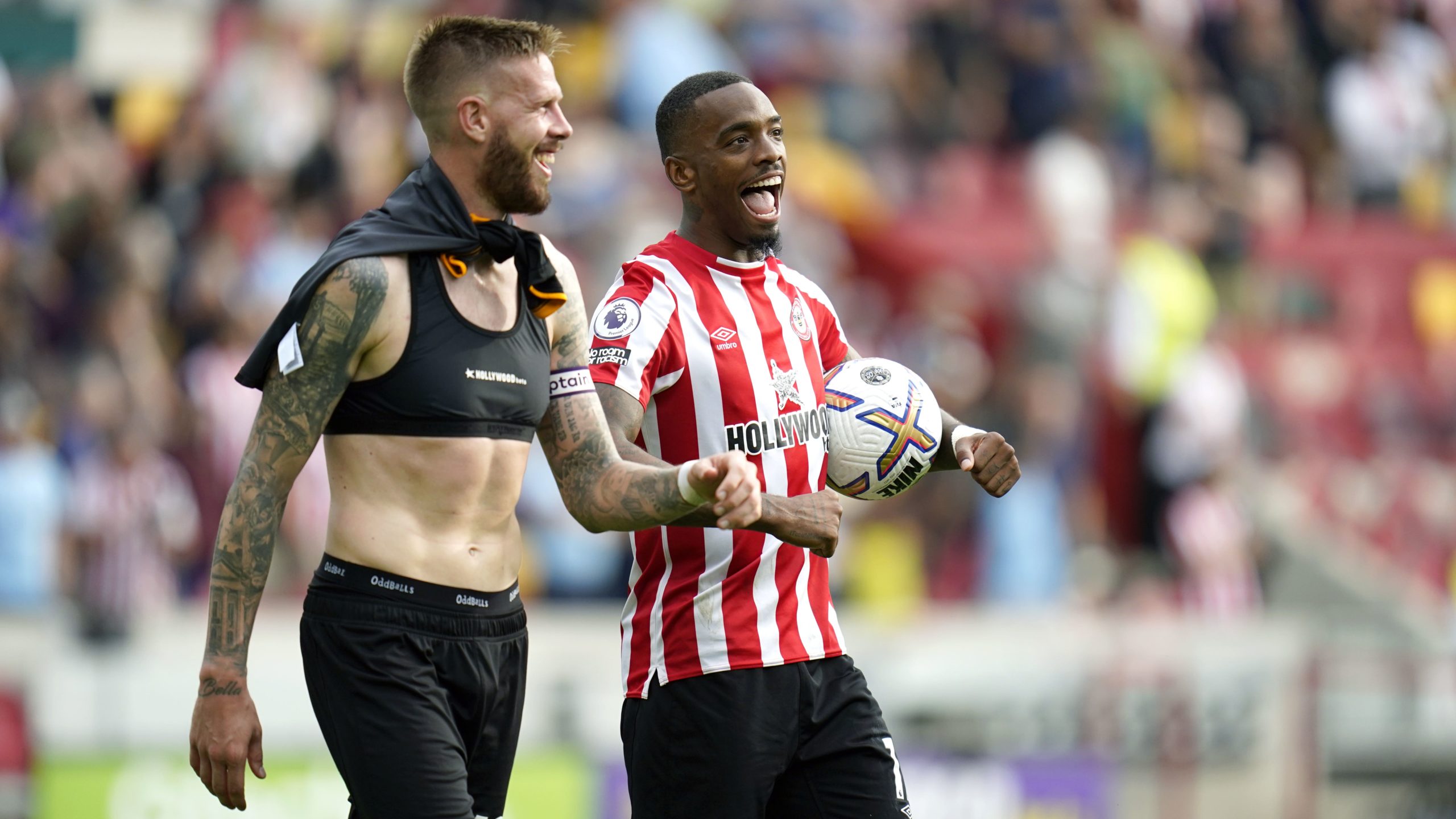 Ivan Toney admitted he has cost Brentford at least half a dozen balls by practising free-kicks after starring in his side’s 5-2 win over Leeds.

The striker proved practice makes perfect when he scored an exquisite 20-yarder as part of a sparkling hat-trick on Saturday.

Toney had already netted a penalty – his 18th successful spot-kick in 18 attempts for the Bees – when he stepped up to take charge after Shandon Baptiste was fouled on the edge of the box.

The 26-year-old curled the ball around the wall and into the top corner to put the hosts 2-0 up with what was his first goal from outside the area for Brentford.

Then, after Luis Sinisterra had pulled one back for Leeds, Toney scored another beauty with a cute 30-yard chip to complete his terrific treble.

“I think I showed what I’m capable of,” Toney told the club website.

“With the penalty, I try my best to compose myself and put it in the back of the net and I did that.

“The free-kick, I’ve been practising them in training. All the boys have been getting on to me. I think we’ve lost six or seven balls from me skying them.

“But when it mattered on the pitch, I put it in the back of the net. That’s what I’m here to do.

“You’ve got to compose yourself in those positions and thankfully I chipped it into the back of the net. You’ve got to relax and shoot when the time is right.”

In a breathless finale, Marc Roca pulled a goal back before Bryan Mbeumo and Yoane Wissa wrapped up a thrilling 5-2 win for Brentford.

Diego Llorente and Robin Koch had a torrid afternoon but Leeds boss Jesse Marsch, who was sent to the stands for protesting about a penalty decision, refused to blame his defenders.

“I have to put the players in position to succeed. We’ve been doing a really good job. I think we’ve had a lot of decent games and some really good performances and picked up some points early in the year.”