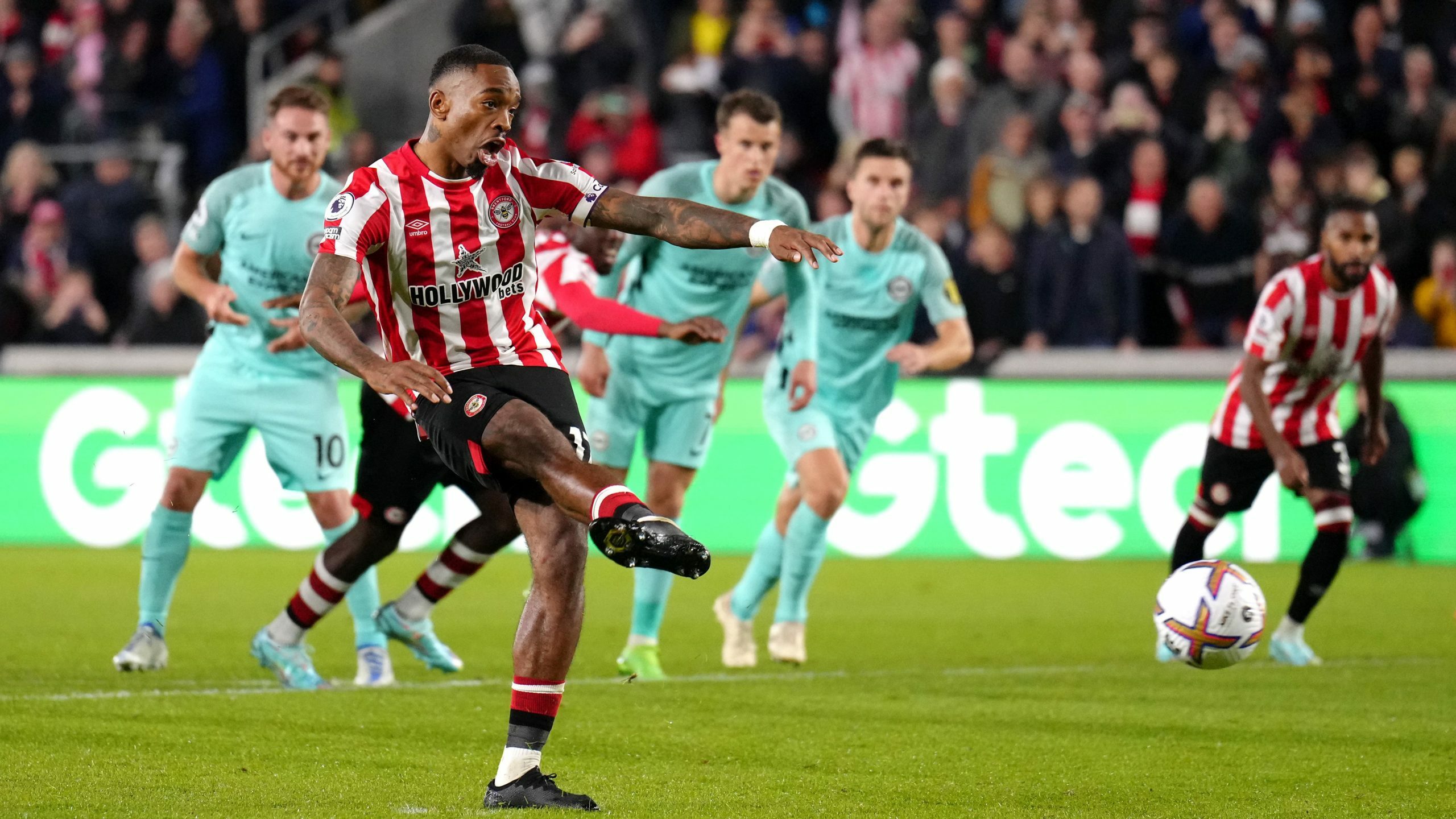 Ivan Toney declared himself ready for England World Cup duty after boosting his chances with both goals in Brentford’s 2-0 win against Brighton.

Bees striker Toney was called into the Three Lions squad for the first time last month but failed to get onto the pitch for the matches against Italy and Germany.

But the 26-year-old looks determined to book a seat on the plane to Qatar, and he is becoming hard for England boss Gareth Southgate to ignore after a fine Friday night double; a clever backheel followed by yet another penalty.

Toney now has eight Premier League goals this season, level with Harry Kane, with only Erling Haaland having scored more.

“I feel good. I’m ready to go,” he told Sky Sports. “Obviously everyone’s talking about England. Obviously I was disappointed not to get on, but you’ve got to keep working hard.

“You’re playing with the best of the best. Without being big-headed, I didn’t feel out of place.

“I felt I was ready for that step and whenever it comes along and whenever I’ve got the chance to get minutes, I’m ready to take my opportunity.”

Toney grabbed the first of the night after 27 minutes when Frank Onyeka’s low cross was met with an instinctive backheel flick, the ball slipping through the legs of Seagulls defender Adam Webster as it rolled in.

Then, just after the hour, Joel Veltman’s clumsy foul on Toney gave him the chance to take his flawless spot-kick tally for Brentford to 20 out of 20, which he did, sending Seagulls keeper Robert Sanchez the wrong way.

The Bees were far from their best and had only 27 per cent of the possession, with boss Thomas Frank calling it “a beautiful ugly win”.

Frank added: “I think you can see Ivan’s link-up play is so good, he can read the game very well. If you want to create a top scorer then they need to be technically very good. He is so good technically.”

Brighton, who were denied by some fine saves from Bees keeper David Raya, are still looking for a first win under new boss Roberto De Zerbi.

“We had a lot of potential chances. With the last pass we made mistakes.

“Maybe this is our problem. Against Tottenham it was the same. We shot a lot of the time but could not score.”

Frank and De Zerbi were booked for clashing on the touchline after a minor altercation.