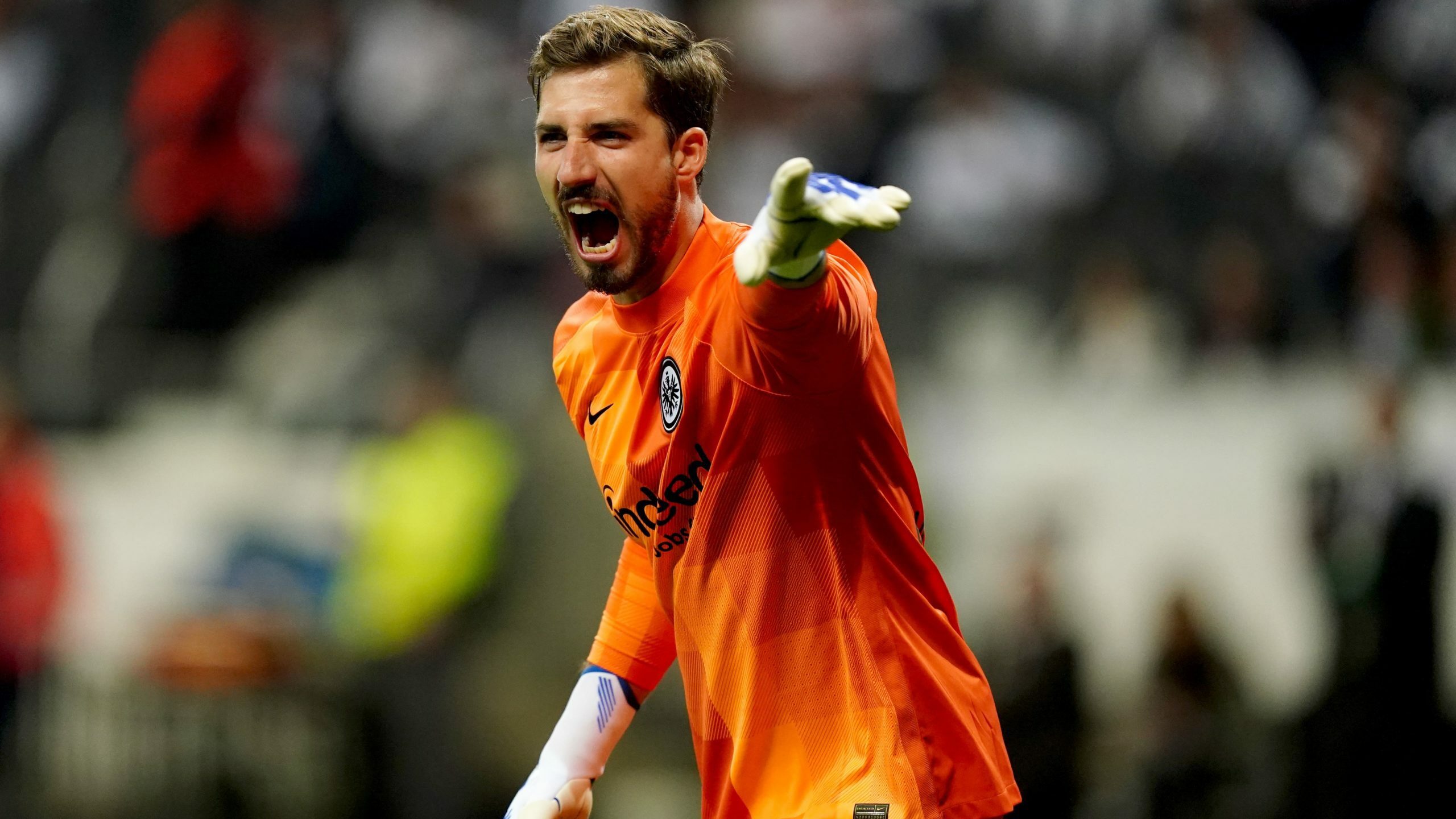 By By Andy Hampson PAAugust 25, 2022No Comments

Eintracht Frankfurt goalkeeper Kevin Trapp has revealed he has turned down an approach from Manchester United.

The Premier League club had been linked with the Germany international as they look to provide cover and increase competition for first-choice David De Gea.

Reports suggested the Europa League winners valued the 32-year-old at around £21million but, after consideration, Trapp has decided not to move.

In a message posted on the club’s Twitter account, Trapp said: “There have been a lot of reports about interest from Manchester United.

“It’s true that a written offer was tabled. Since it came from such a world-famous club, of course I considered it.

“Yesterday I informed the management of both clubs that I’ve decided to stay at Eintracht. We’ve made history here together and experienced some unforgettable things. I have absolute faith in us!”

Eintracht will play in the Champions League this season, a competition United missed out on.

Trapp rejoined Eintracht four years ago after a spell at Paris St Germain.

United have also been linked with Newcastle goalkeeper Martin Dubravka after the Slovakian did not feature in the Magpies’ Carabao Cup tie at Tranmere on Wednesday.