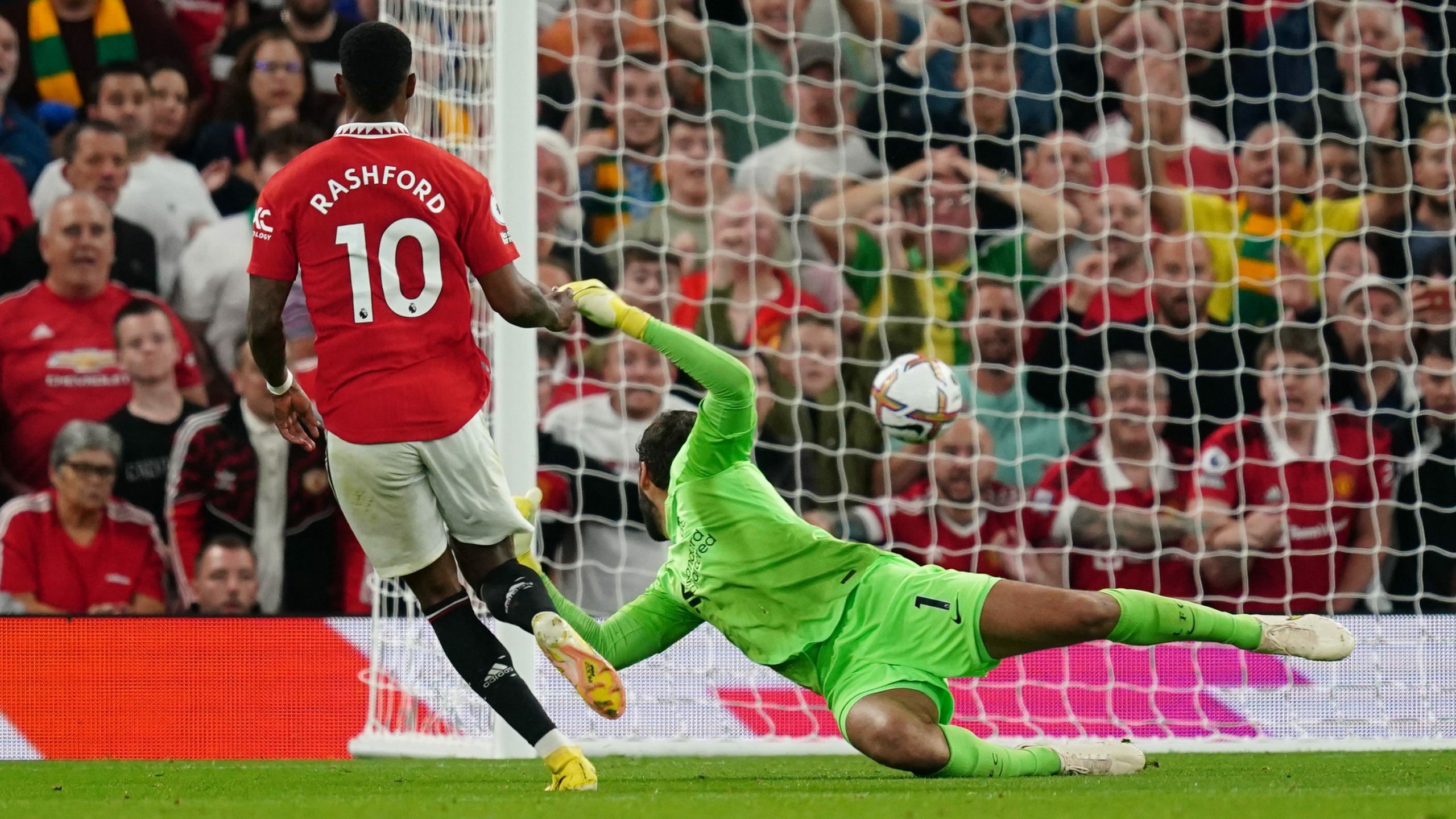 Jadon Sancho and Marcus Rashford fired Manchester United to a memorable first win under Erik ten Hag as bitter rivals Liverpool were beaten 2-1 on a night of protests against the Glazer family.

The eyes of the footballing world were focused on a rocking Old Trafford as these old foes went toe-to-toe in search of their first Premier League wins of the season.

United had started the weekend bottom of the table after their four-goal humbling at Brentford compounded the home loss to Brighton, but Ten Hag’s side responded with a display of determination, aggression and skill.

Sancho showed remarkable composure when putting the hosts ahead and Rashford extended their advantage early in the second half, with Ten Hag’s men holding out for victory after Mohamed Salah reduced the deficit late on.

It was a nervy conclusion but getting over the line underlined the turnaround in character and performance from last weekend’s loss at Brentford, as well as last season’s humiliations home and away to Jurgen Klopp’s Liverpool.

New signing Casemiro will have liked what he saw and was introduced to the Old Trafford faithful before kick-off – but that move was never going to take the edge off United fans’ protests against their despised owners.

Thousands marched to the match and anti-Glazer chants provided a constant backdrop to Monday’s match without detracting from their support of the team, who responded with a quality performance.

Anthony Elanga hit a post and soon set up Sancho to coolly score in a first half that ended with Lisandro Martinez preventing Bruno Fernandes from scoring an own goal.

Anthony Martial was introduced at half-time and put Rashford through to end his 997-minute goal drought in all competitions, with the hosts threatening to pull further ahead before David De Gea’s goal came under late pressure.

United’s number one was unable to prevent Salah’s late header creeping in but the team dug deep to seal the three points, meaning they leapt above Liverpool in the table.

Star turn Cristiano Ronaldo and captain Harry Maguire were among those dropped from the starting line-up on Monday – bold calls by Ten Hag that paid off, with guttural roars greeting early challenges by a side that had looked so meek at Brentford.

United went agonisingly close to scoring in the 10th minute when Fernandes stretched to turn Scott McTominay’s pass into the path of Elanga.

The Sweden international perhaps lacked composure as he hit a post, but six minutes later made amends as he teed up nerveless Sancho to open the scoring.

Patient play ended with Elanga collecting a one-two with Christian Eriksen and pulling back for the 22-year-old, who shaped to shoot only to turn away from James Milner.

The veteran went flying the wrong way, as did goalkeeper Alisson Becker, and Sancho coolly slotted into the opposite corner. Animated Milner shouted at Virgil van Dijk as Old Trafford celebrated.

Luis Diaz missed the target as the shaken visitors attempted to draw parity and a crucial Joe Gomez block thwarted Rashford as he threatened at the other end.

Eriksen’s free-kick from an acute angle was just tipped away by Alisson and Jordan Henderson misfired wide, with Liverpool showing flickers of life in the closing stages of the first half.

Martinez blocked a Salah shot and was in the right place at the right time to prevent Fernandes directing a Milner header into his own net from the resulting corner.

Martial, whose Old Trafford future looked over when he joined Sevilla in January, came on in place of Elanga at half-time.

The France international impressed during pre-season and needed eight minutes on his return from injury to make an impact, beating Van Dijk to a loose ball and sending Rashford through on goal.

The homegrown forward beat Alisson in front of a bouncing Stretford End, with the goal surviving a VAR check for offside.

A superb point-blank stop by De Gea prevented Diaz from pulling one back and Harvey Elliott hit the side-netting after Rashford forced Alisson into action.

The forward whistled just over after Fernandes was booked for diving in the box and De Gea leapt to prevent Martinez turning into his own goal under pressure from Roberto Firmino.

De Gea produced another impressive save from substitute Fabio Carvalho but Salah reacted quickest to head home and tee up a nervy final nine minutes that United saw through.