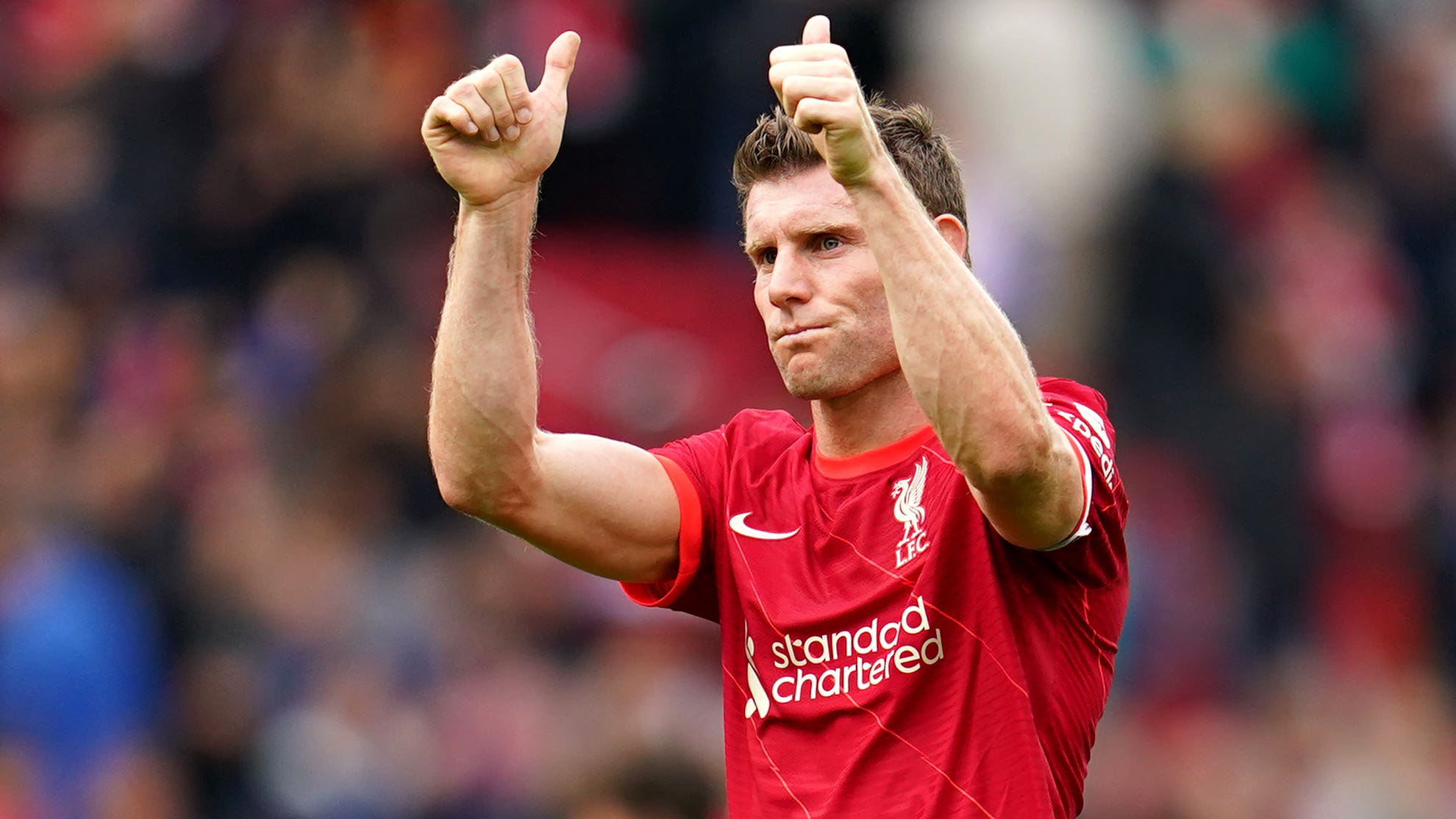 Midfielder James Milner’s belief he can still contribute to Liverpool’s success convinced him to sign a new 12-month contract.

The 36-year-old’s existing deal was due to expire at the end of the month and the fact he is understood to have agreed to reduced personal terms shows how important remaining at Anfield was to him.

A significant factor was manager Jurgen Klopp’s desire to retain the services of a player who has such a huge influence on the dressing room.

“I have never taken playing for this club for granted and I never will,” Milner, who is set to play in a 20th consecutive Premier League campaign next season, told liverpoolfc.com.

“An overriding feeling for me – and a vitally important one in the process – was the belief I can still contribute to the team.

“The gaffer was clear what he thought and that was a big factor in me extending my contract.

“As long as I can still play my part, that’s not something easy to walk away from.”

Milner made 39 appearances last season, although only 14 were starts, but there was little negotiation needed with the midfielder, who chose to wait until the end of an epic 63-game season which culminated in defeat to Real Madrid in the Champions League final just over a week ago before making his decision.

He is believed to have turned down offers from at least one Premier League club and two from overseas in order to stay at Anfield.

“Last season was extraordinary, even though it didn’t have the ending we hoped it would, but I think that will only make us all even hungrier for more success, to be honest,” added Milner, who last week was awarded an MBE in the Queen’s Jubilee Honours.

“I felt that after the parade and that played a part in my decision-making also. It’s a unique club.

“Now this is signed, I’m already looking forward to getting back with everyone, refocusing and going again. It’s a brilliant dressing room to be part of.”

While negotiations have dragged on with Salah, fellow forward Mane is attracting interest from Bayern Munich.

Liverpool will not allow the 30-year-old Senegal international, who scored 23 goals this season, to leave unless it is for a fee in excess of £25million, providing they have a suitable replacement lined up.

Mane has yet to make his intentions clear to the club but the Bundesliga champions are looking for a potential replacement for Robert Lewandowski, who is likely to leave this summer.