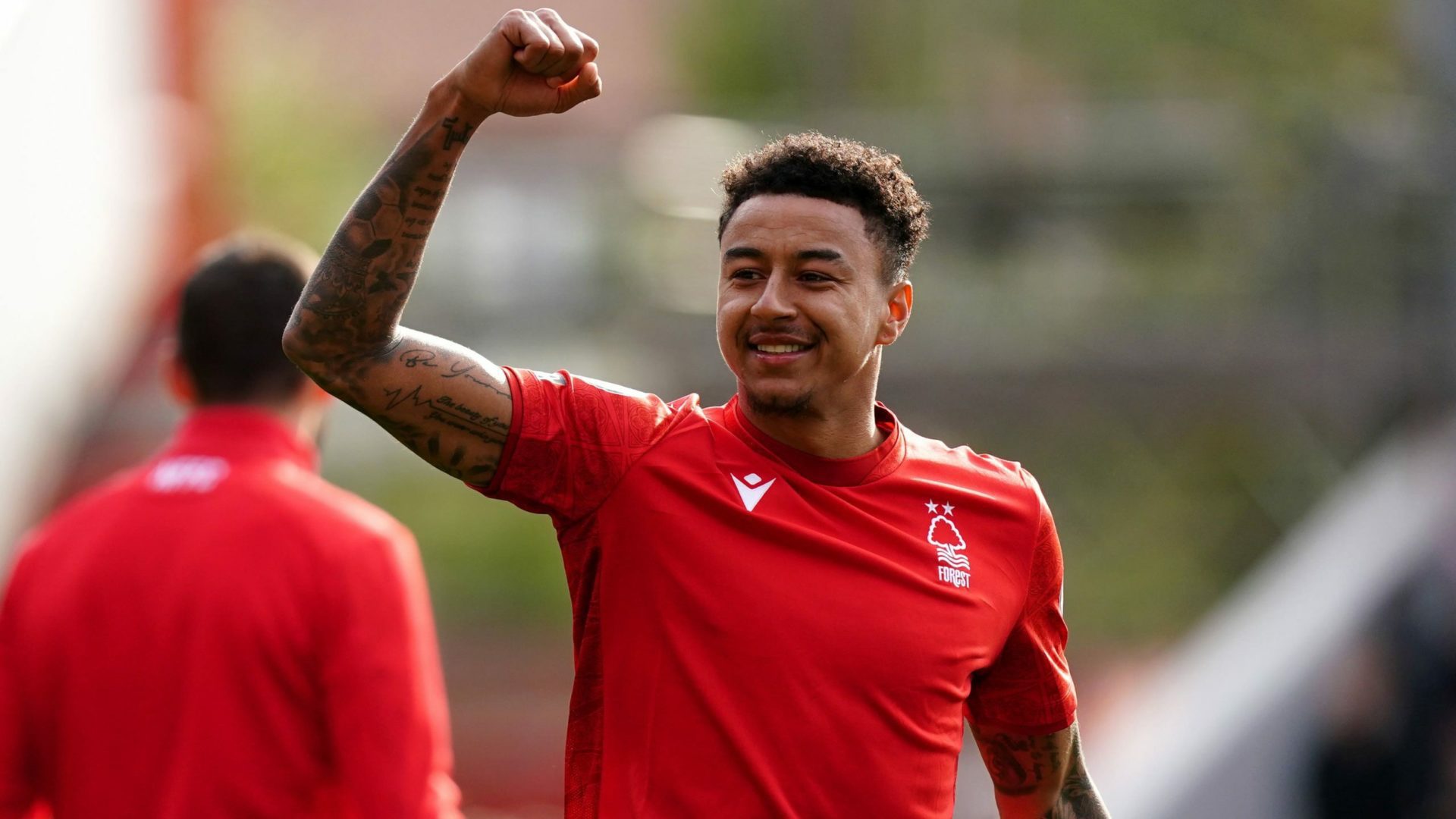 Jesse Lingard admits he has underwhelmed at Nottingham Forest so far, but wants his first goal to kick-start his City Ground career.

The former England international had not scored or assisted in his opening 12 games following his surprise summer free transfer after leaving Manchester United and has spent plenty of time on the bench as Forest have endured a tough start to their Premier League return.

But he put that right against Tottenham in the Carabao Cup on Wednesday, setting up Renan Lodi for the opener and then nodding home as Forest secured a 2-0 win.

The 29-year-old hopes that will be the first of many and said: “It’s massive to get the goal. It’s been a long time coming.

“I’ve not hit the heights that I wanted to as soon as I came here, but I’ve worked hard behind the scenes. Hard work gets you places. I was in the right place at the right time to score.

“It (the goal) is just the start. It can be hard coming into a new team to gel. It’s taken this long to finally settle in. It gives me a lot of confidence going into the next game.”

Lingard spearheaded a brilliant Forest performance against Spurs which made light of their position at the foot of the Premier League table.

Forest look set to be in the bottom three when the season pauses for the World Cup, regardless of how they do against Crystal Palace on Saturday, but boss Steve Cooper is feeling positive.

“We knew it was going to be a really tough period in the first part of the season and it has proved to be,” he said.

“We have had some tough moments for sure but we have also had some moments where we have seen good signs of progression and where we want to be.

“We can’t speak too positively because we are bottom of the league but I also look at the league table and see we are five points from 12th and matching that in does create a bit of hope and we have got to try and build on that.

“We love being in the Premier League and it is an honour to be part of it but when you are here you want to compete and do as well as you can.

“We really, really want to improve our situation but I also know how tough it has been to even get this far.

“We are trying to thrive as best we can and really trying to embrace the challenge and if we can finish the first phase on a positive result that would be great, but even if we don’t we can still restart after the World Cup knowing a few positive results will get us in a much better position.”

Forest will check on Cheikhou Kouyate and Scott McKenna ahead of the weekend after they picked up knocks last weekend, while Omar Richards (leg), Giulian Biancone (knee), Harry Toffolo (hamstring), Moussa Niakhate (hamstring) and Jack Colback (back) are out.