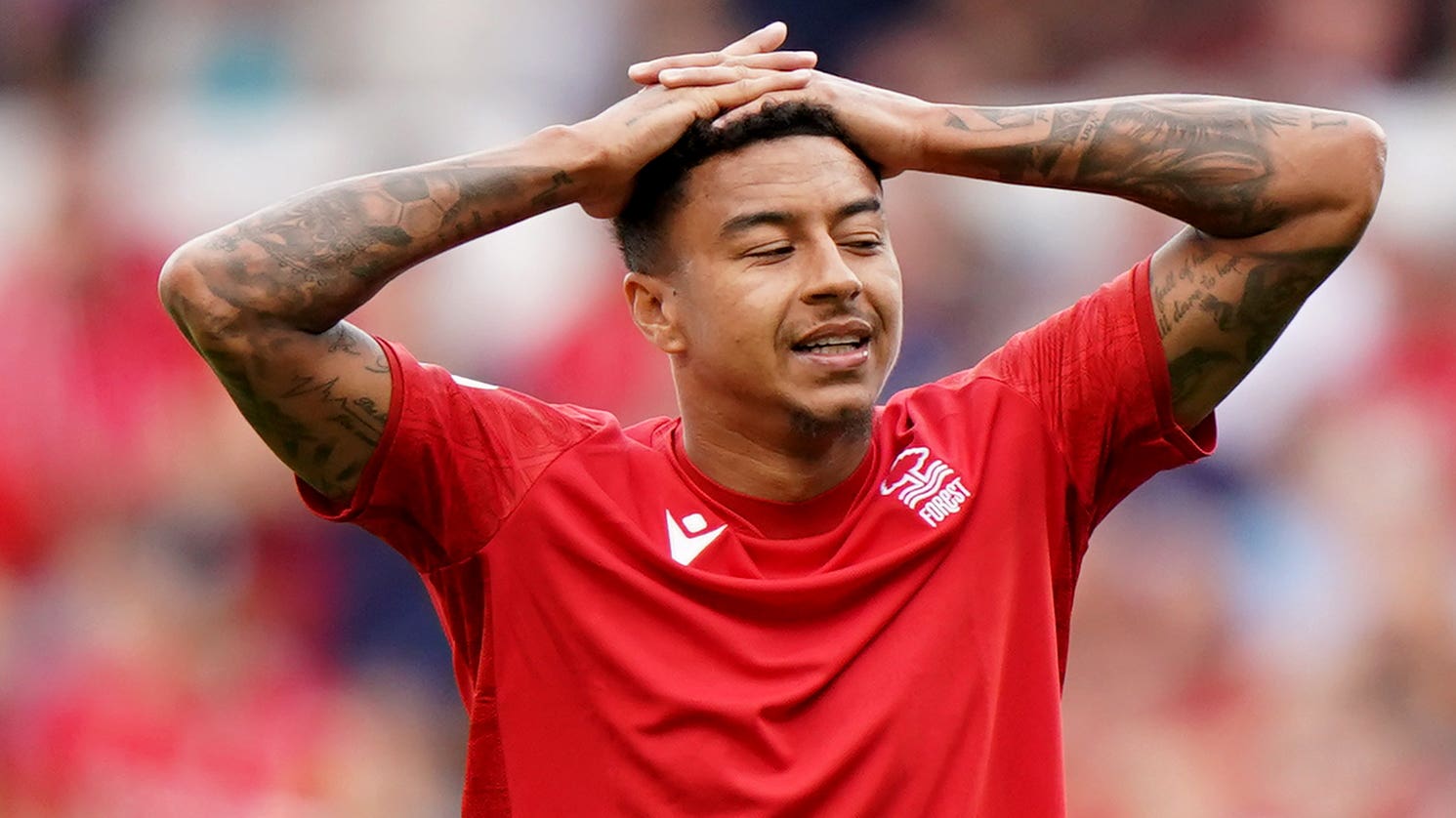 Nottingham Forest boss Steve Cooper says Jesse Lingard should not be singled out for his poor form this season.

The former Manchester United midfielder has yet to produce following his surprise summer move to the City Ground, failing to contribute a goal or assist in his opening seven games as Forest have slumped to the bottom of the Premier League table.

Lingard’s lack of contribution is more noticeable because of his profile, but, ahead of Monday’s crunch visit of Aston Villa, Cooper says all of his players’ performances should come under scrutiny.

Asked whether Lingard had been frustrated with his start to life at Forest, Cooper said: “I don’t think you can go and – with respect – write that just about Jesse.

“He’s a high-profile player but we don’t treat him differently here. He will be feeling exactly like everybody else, I’m sure, but it’s all about looking forward now and improving on what’s happened over the last few weeks, especially.

“Now is not the time to be talking about individuals. It’s really about the narrative of being together and as one, as much as we can. That’s what you do in tough times, you stick together and get out of it.

“We need our really good players to play well, there’s no doubt about it. We can’t just say him, whether it’s the goalkeeper or striker or everyone in between.

“Everybody has to play well. If we can do that in our way and in our team then that’s how we improve.

“You build confidence, you build spirit and results will improve – so we’ve got to earn that.”