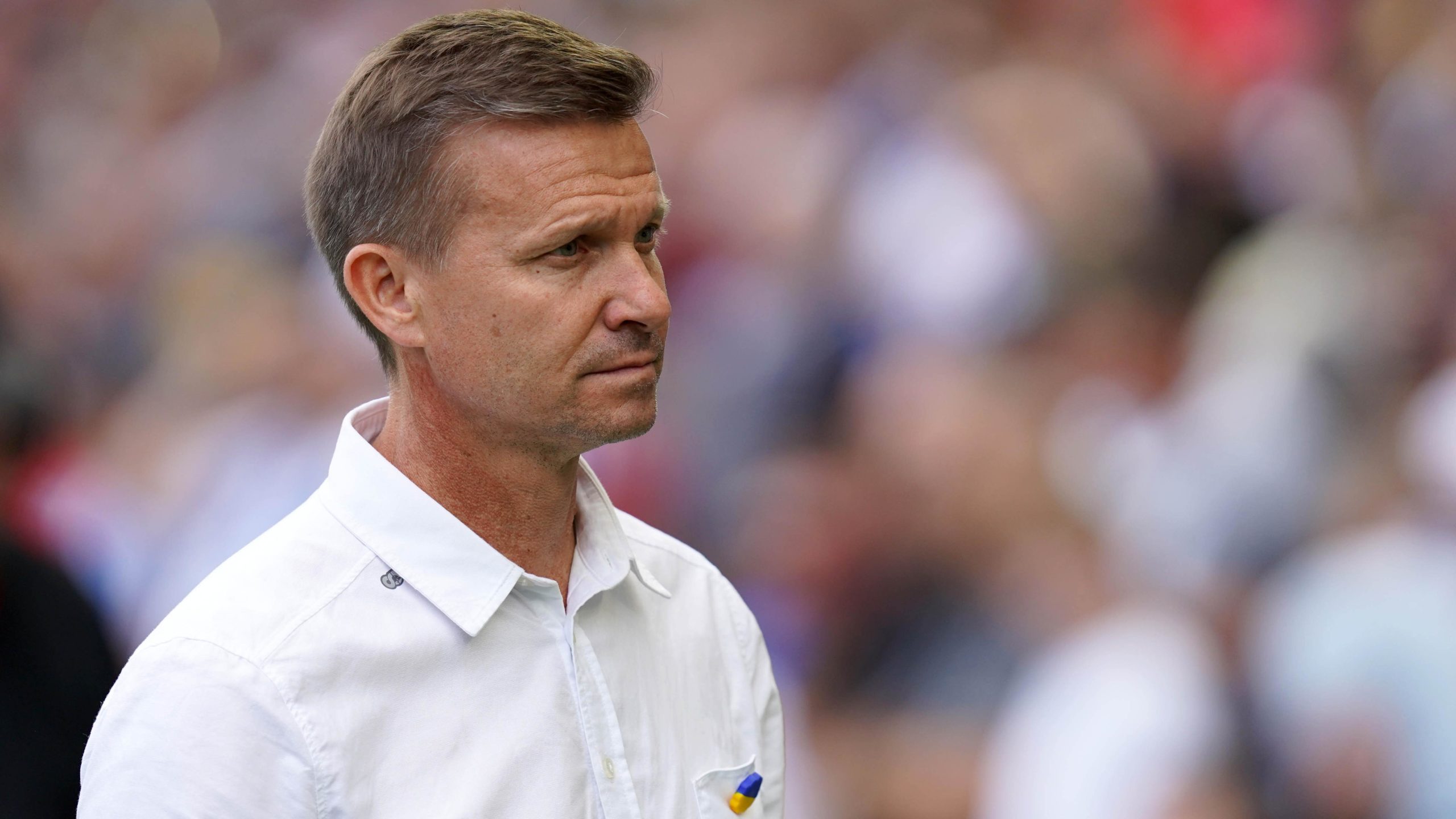 By Press AssociationAugust 29, 2022No Comments

Leeds boss Jesse Marsch has urged his players to avoid “foolishly” playing into the hands of opponents as they bid to bounce back from their first defeat of the season.

The West Yorkshire club host Everton at Elland Road on Tuesday evening, three days on from a disappointing 1-0 Premier League loss at Brighton.

Marsch accused some members of his squad of “freestyling” at the Amex Stadium after they failed to follow tactical instructions.

The American, who could have key duo Liam Cooper and Patrick Bamford available following injury absences, wants his side to stick to their strengths.

“My goal is always to have an entire squad that is very clear in their roles and ready to execute and perform at all moments. Certainly this week will be a test of that.”

Marsch, who says Leeds remain “optimistic and active” ahead of Thursday’s transfer deadline, is considering changes for the visit of Frank Lampard’s winless Toffees.

Midfielder Mateusz Klich and winger Luis Sinisterra are pushing for starts following cameos in Sussex on the back of goals in last week’s Carabao Cup success over Barnsley, while captain Cooper (Achilles and calf) and forward Bamford (adductor) may return.

“We think both are in good form; Klichy is clearly 100 per cent fit and Luis is getting more and more fit so I think both will be candidates for the starting XI,“ said Marsch.

“And then we will just try to evaluate physically where guys are at so then we will see who is ready to repeat and go.

“We’ll see how Liam Cooper’s doing; Patrick Bamford will be really close for that match, so we should have options.“

Marsch is still getting to grips with the demands of the Premier League calendar going into fifth-placed Leeds’ first ‘English week’ of the season.

Having replaced the sacked Marcelo Bielsa on the final day of February, the former RB Leipzig head coach lost both of his midweek fixtures last term – 3-0 defeats to Aston Villa and Chelsea.

“In Germany, when you play midweek they call it an ‘Englische woche’, which means an ‘English week’, because of how many games the Championship plays and the games in the Prem and no winter break,” said Marsch.

“When I came to this league, I knew this was going to be a big challenge, how to perform game in and game out, week in and week out with so many matches.

“It’s one of the reasons that we’ve tried to build a bigger squad, so that we’re ready to rotate and we can count on more players and hopefully put fewer players at risk of injury.“