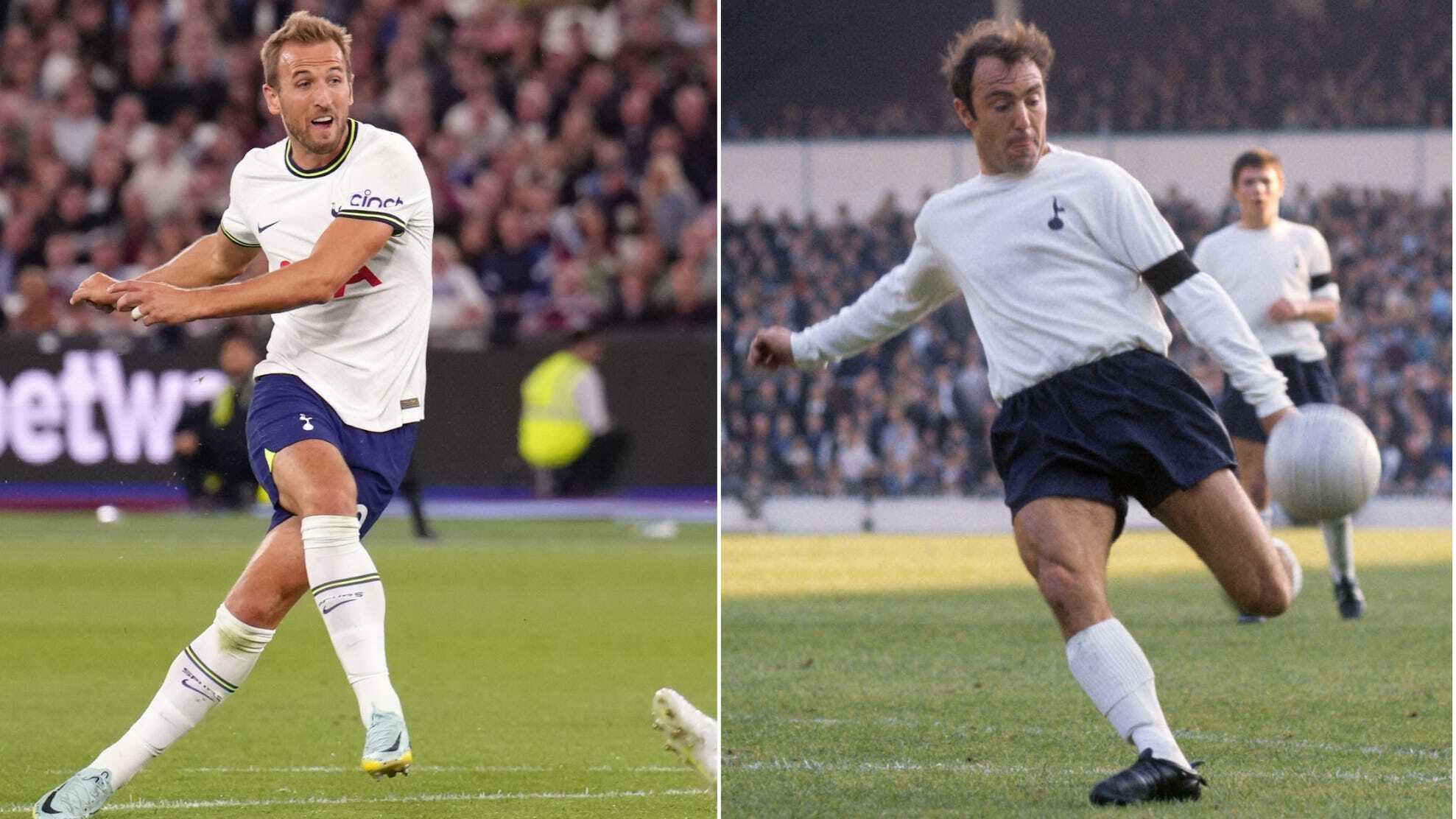 Harry Kane is within touching distance of becoming Tottenham’s all-time leading scorer but the late Jimmy Greaves will always have “the edge” over him and other great forwards, according to former team-mate Terry Dyson.

Kane grabbed his 265th goal for Spurs in last Saturday’s 1-0 win over Portsmouth and could make history in this weekend’s north London derby against Arsenal.

A brace for England’s joint-record goal-scorer Kane would see him move beyond Greaves’ tally for Tottenham of 266 goals, which has stood for more than half a century.

While modern-day hero Kane is on the cusp of another huge landmark and backed to beat Alan Shearer’s Premier League haul of 260 goals, there is one feat likely to remain out of touch.

“I think Jim will always have that one,” Dyson said of Greaves’ title as the greatest scorer in English top-flight history with 357 goals.

“It is incredible isn’t it? Unbelievable. It is an amount of goals that is.

“I am sure he will have that record (forever). He will just have the edge.”

Greaves’ final total is all the more remarkable given he stopped playing First Division football at the age of 31 and, even though Kane was a late developer, comparison between the pair can be drawn on and off the pitch.

Both have been the best of their generation in this country and hailed from east London. A matter of miles separate Manor Park and Walthamstow, where Greaves and Kane were born and then Hainault and Chingford where the two forwards spent their childhoods.

Off the pitch the word modest is commonly associated with the duo and on it they have scored goals aplenty but also created them too.

Dyson told the PA news agency: “He just seemed to be in the right position and slide them in. He used to get goals incredibly, Jim.

“Harry is a very, very good player and one you would buy if you were a manager of a club.

“They are both genuine class goalscorers. They just seem to get into the right place at the right time and then finish well. But Jimmy’s first game (for Tottenham) was at Plymouth for the reserves!”

When Greaves signed for Spurs in the winter of 1961 for a then-record £99,999 fee, Home Park was the inauspicious venue for the first time he pulled on the white of Tottenham.

A hefty crowd turned up for the Combination match at Plymouth where Greaves grabbed a brace and played alongside double-winner Dyson for the first time.

One week later and he marked his competitive debut on December 16 with a hat-trick against Blackpool at White Hart Lane. It was a sign of things to come during nine prolific seasons for the striker under Bill Nicholson.

“Bill put him in the reserves,” Greaves’ room-mate Dyson laughed.

“His first game was for the reserves down at Plymouth and I was in the reserves at that time so I played in that game.

“We came back in the overnight train so we got back at six or seven in the morning.

“He scored a couple of goals so they put him in the first team the following week and he got a hat-trick.

“He was incredible. I don’t know who taught him it, I think it was just natural ability. He used to get in the right positions and when he got in front of goal, there was no doubt. He just used to slide them in past the keeper but he was very modest with it.

“There was nothing flash about him. He just used to get on, play and score.”

Dyson roomed with Greaves on the way back from Plymouth and for the next four years while they were at Spurs together.

An FA Cup victory would follow before European Cup Winners’ Cup success in 1963 where both scored doubles in a 5-1 win against Atletico Madrid.

The 1962 FA Cup triumph was Greaves’ first trophy at Tottenham and Dyson, who visited the new stadium last season, would love to see Kane follow in the footsteps of his old team-mate.

He said: “I enjoy watching Tottenham obviously because I was a big part of it.

“I was there 10 years and we had a good manager in Bill and a good team. We achieved things and now we let other people try and do it.

“I would love to see them win something this season.”