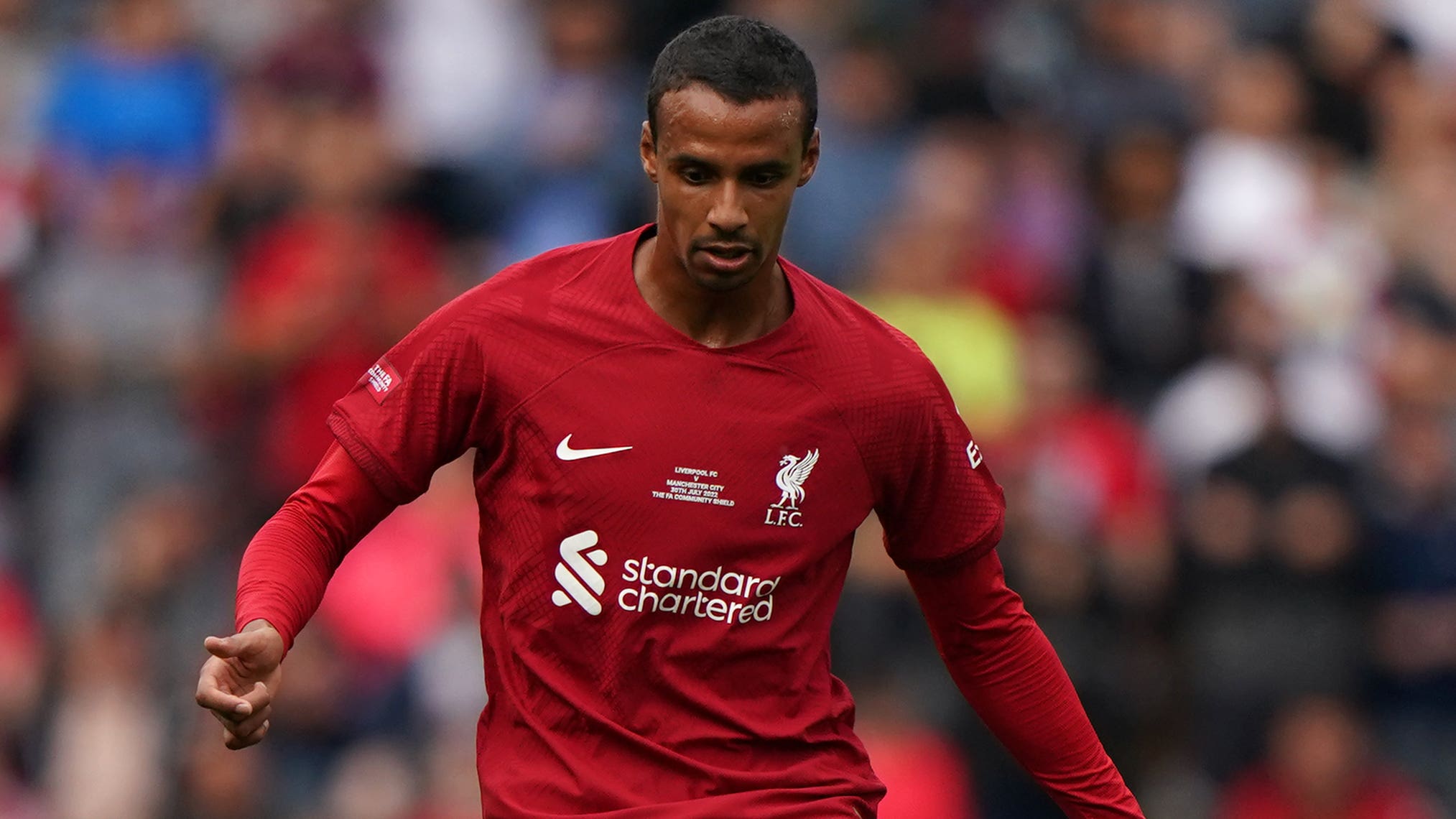 By By Carl Markham PAOctober 11, 2022No Comments

Liverpool’s injury woes continue to mount after defender Joel Matip was ruled out for at least a couple of weeks with a calf problem.

Sunday’s 3-2 defeat to Premier League leaders Arsenal has proved to be more damaging than just the actual result with Matip the third player to be forced off in the game now facing a lay-off.

Forward Luis Diaz, who left the Emirates on crutches and with a knee in a brace, has been ruled out until after the World Cup with a knee injury after scans on Monday highlighted a longer-term problem.

Under-fire defender Trent Alexander-Arnold came off with an ankle injury which will rule him out of the midweek trip to Rangers – where a win will go a long way to advancing their chances of making the Champions League knockout stage – and Sunday’s visit of Manchester City.

Matip was unlikely to have played at Ibrox after three matches in a week but the PA news agency understands he now faces an enforced absence.

Fellow centre-back Ibrahima Konate made his first appearance of the season after injury when he replaced Matip at the Emirates and is set to start alongside Virgil van Dijk at Ibrox.

Joe Gomez, Liverpool’s fourth central defender, looks set to fill in at right-back during Alexander-Arnold’s absence, although midfielder James Milner has also deputised there, while summer signing from Aberdeen, Calvin Ramsay, was included in the matchday squad for the first time against Rangers last week after injury.

At the start of the season, Liverpool had 10 players out and, after a brief respite, that number is now back up to six, with Alex Oxlade-Chamberlain and Naby Keita – whose injuries saw them left out of the Champions League squad – being joined by on-loan Juventus midfielder Arthur Melo, who is sidelined for up to three months after just 13 minutes’ action.

Manager Jurgen Klopp, who is currently battling the club’s worst start to a season in a decade, hopes to have midfielder Curtis Jones back in the squad after almost a week’s training while first-choice left-back Andy Robertson could return to the group this week after a knee injury in a timely boost ahead of the visit of City.