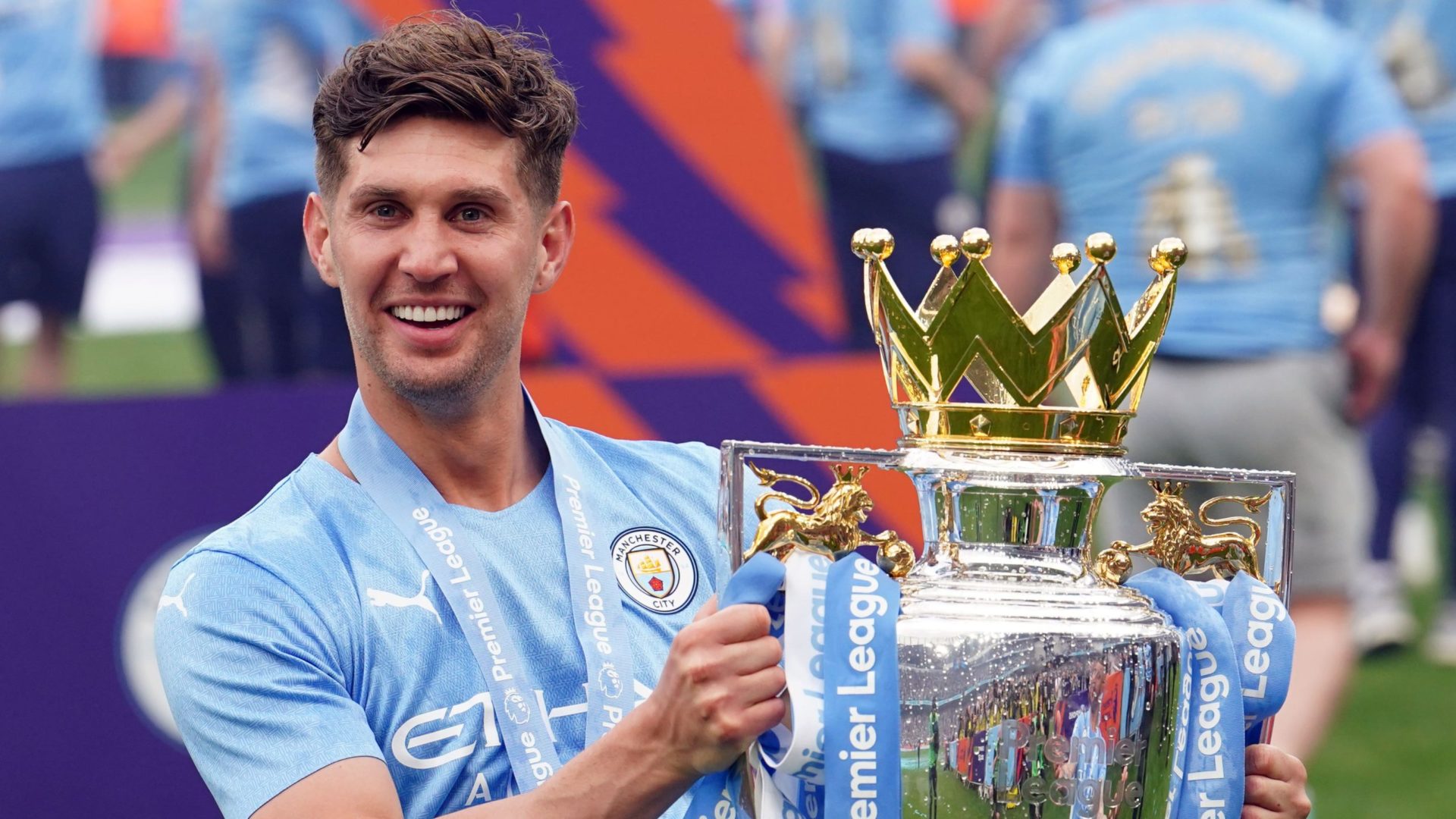 John Stones claims the taste of success has got better every year after claiming his fourth Premier League winner’s medal with Manchester City.

The England defender returned from injury to feature in City’s dramatic title-clinching comeback victory over Aston Villa at the Etihad Stadium on Sunday.

City had trailed 2-0 with 14 minutes remaining but, knowing only a victory could guarantee they would pip Liverpool to the crown, hit back with three goals in a stunning five-minute spell to win 3-2.

“We made it difficult for everyone,” Stones said. “Probably a few weren’t happy with us for 70-odd minutes but what an incredible day.

“The feeling of lifting the trophy just gets better every time. Last year’s was a special one for me and this one going right to the last game is something special too.

“But we’d been here before three years ago. We knew what to do and how to handle the game. It didn’t go as planned, obviously, but to come out again lifting the trophy is incredible.”

Goals from Matty Cash and former Liverpool star Philippe Coutinho put Villa in sight of a dramatic win that opened the door for the quadruple-chasing Reds to snatch the crown.

At this stage Liverpool were drawing 1-1 with Wolves, meaning that City still led the ‘live’ league table on goal difference, but another goal for Jurgen Klopp’s men at Anfield would have put the Merseysiders top.

City showed all their champion quality to rise to the challenge with Ilkay Gundogan coming off the bench to score twice either side of a fine Rodri strike. With Liverpool going on to win, it was a comeback which determined the destiny of the trophy, with City finishing top by a point.

It was their fourth league title in five seasons and Stones has played a part in them all.

“I don’t know what the points or the goal difference were but I know it was tight. It shows the incredible character of us as a team and how much we wanted it.”

Gundogan was the man who made the headlines with his show-stealing, game-changing performance from the bench.

The German was introduced only in the 68th minute but was soon in the thick of the action, arriving at the back post to head home a well-flighted cross from fellow substitute Raheem Sterling.

After another impressive substitute, Oleksandr Zinchenko, then teed up Rodri, Gundogan then timed another run to perfection to turn in a Kevin De Bruyne cross.

It capped a remarkable few days in Gundogan’s life having got married earlier in the week.

“What a guy, what a player,” said fellow midfielder Phil Foden. “He came on and changed the whole game.

“He always seems to know where the ball is going to be in and around the box. He is such a clever player and he definitely showed that when he came on. He was always there in the right place at the right time.”