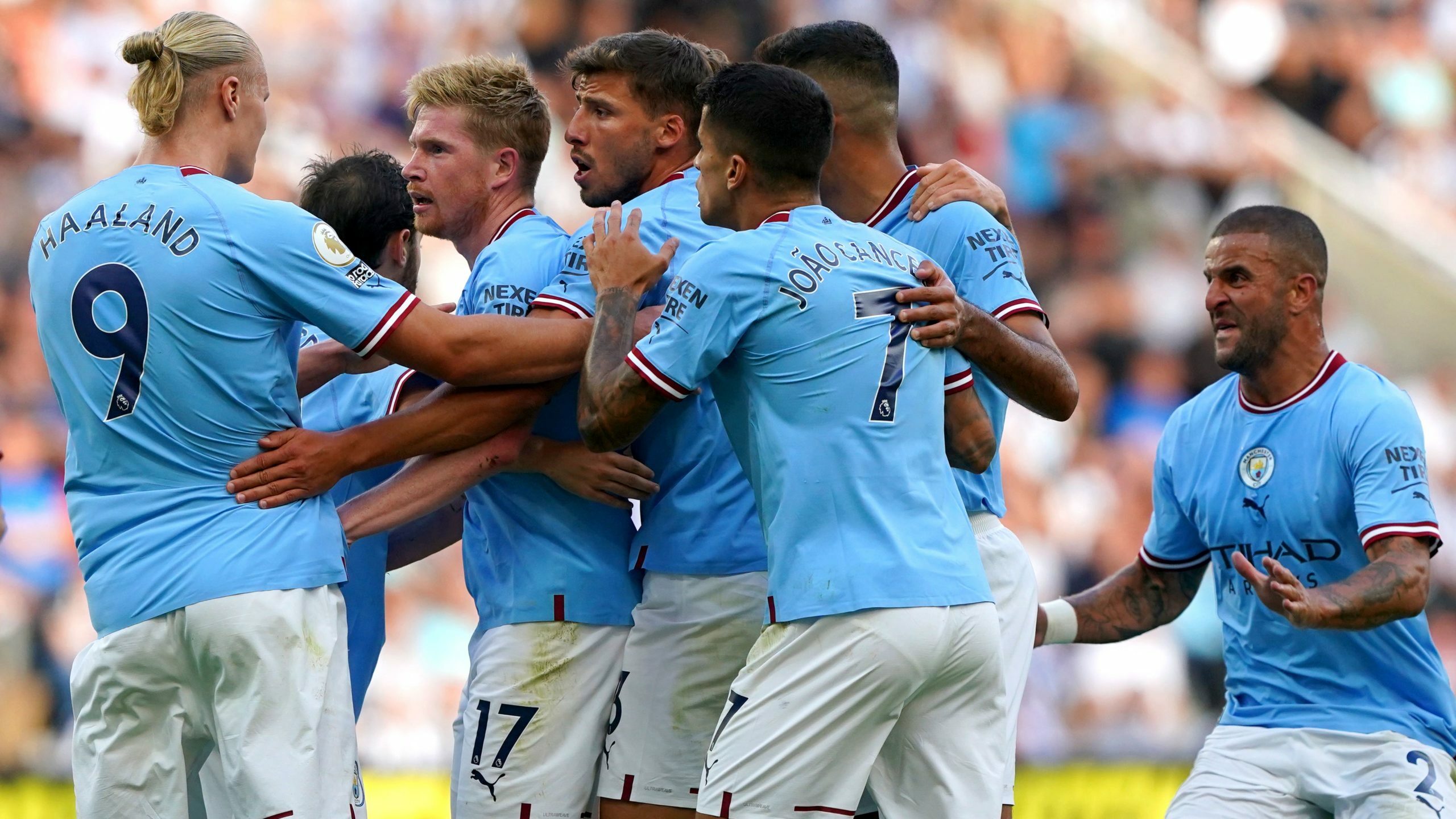 John Stones has warned Manchester City they need to learn the lessons of their scare at Newcastle if they are to prosper again this season.

The reigning Premier League champions trailed 3-1 at St James’ Park on Sunday before mounting a concerted fightback to snatch a 3-3 draw from a classic encounter.

Stones and his team-mates left Tyneside happy with their response in adversity, but disappointed that their resilience had not yielded all three points and with work to do.

The England defender told City TV: “Newcastle have come out fighting right from the start with a high tempo and we had to match it. I don’t think we did after the first goal and that’s why we got punished.

“The second half was a different game, a lot of chances, kind of found our rhythm a bit more and to come back like that and get a point out of the game is credit to the lads and credit to our fighting spirit.

“We’ve got to improve again for the next game.”

City headed from Newcastle to a warm weather training camp in Catalonia during which they will play a friendly against Pep Guardiola’s former club Barcelona, a charity match for former keeper and coach Juan Carlos Unzue, who has been diagnosed with the incurable condition amyotrophic lateral sclerosis.

Defender Nathan Ake will sit out as a result of the groin injury which prompted his premature withdrawal at St James’ Park, but those players who are put through their paces in Spain will hope to address the issues which made life so difficult in the north east.

Having forced their way into a fifth-minute lead through Ilkay Gundogan, the hosts hit back as Miguel Almiron and Callum Wilson turned the game on its head before Kieran Trippier’s free-kick, awarded for Stones’ challenge on the flying Allan Saint-Maximin, left the Magpies contemplating a famous victory.

However, Erling Haaland’s third goal in as many league games and a fine equaliser from Bernardo Silva restored parity, and Haaland might have won it as Guardiola’s men produced a rousing finish.

Asked how it had been to play in such an energy-sapping contest, Stones said: “Difficult, very difficult.

“We knew the quality that they had and it was a difficult end-to-end game. We didn’t play to our usual standard and were a bit frustrated at the end.

“A silly tackle from me on the edge of the box to kind of widen the game, and then we showed great character to come back.

“We could have maybe taken some more of our chances, I think that was the feeling coming off the pitch at the end a bit defeated that we’ve not come away with the three points in the end.”