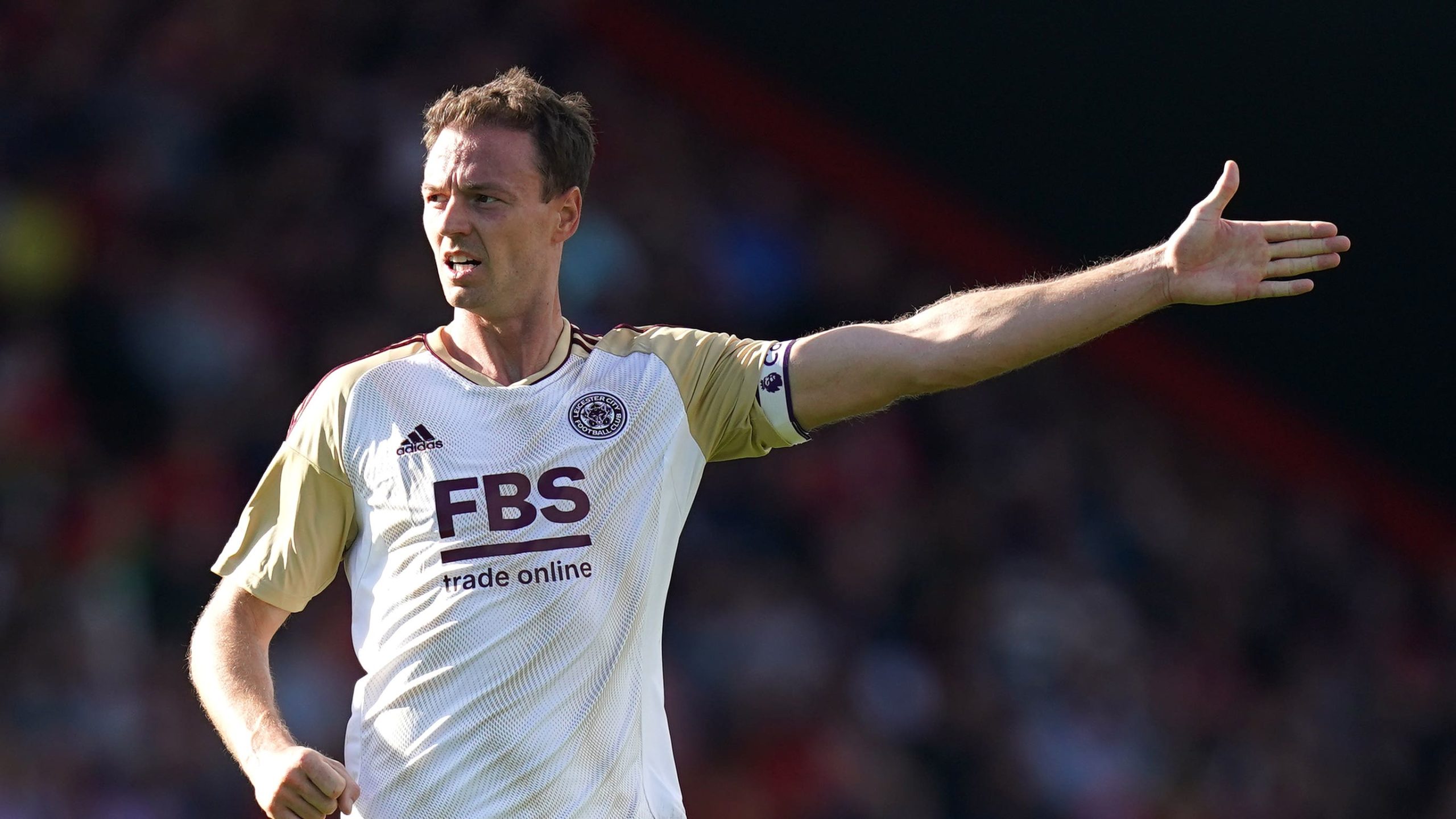 Jonny Evans admits Leicester are struggling to deal with pressure

The lowly Foxes travelled to Vitality Stadium buoyed by a crushing 4-0 win over East Midlands rivals Nottingham Forest and raced ahead through Patson Daka’s early strike.

But travelling fans once again vented their displeasure at under-fire boss Brendan Rodgers after quick-fire goals from Philip Billing and Ryan Christie condemned City to a seventh defeat in eight outings.

Leicester have now dropped 14 points from winning positions this campaign and remain in the relegation zone on the back of another error-strewn display.

“It’s probably been the story of the season in terms of starting the game very well and we come under pressure and we find that difficult to deal with at the moment.

“We just invited the pressure and we never really recovered.

“In the Premier League, the standard is so high you can’t give the ball away that many times.”

Sections of the travelling support chanted for manager Rodgers to be sacked at full-time, reminiscent of scenes following last month’s 5-2 loss at Brighton.

Leicester’s lead had looked relatively comfortable until defensive mistakes allowed both Billing and Christie to strike during a frantic five-minute spell.

The dramatic comeback win was watched from the stands by Bournemouth’s prospective new owner Bill Foley, whose £120million takeover has been agreed and is awaiting ratification from the Premier League.

“I thought he was fantastic,” O’Neil, who replaced the sacked Scott Parker in the wake of a humiliating 9-0 loss at Liverpool, said of Scotland winger Christie.

“He gave an endeavour and a commitment that he always gives and I think the position really suited him just inside off the right and he caused them problems.

“I’d rather he’d scored the first chance and put us 1-0 up but he made up for it.

“There’s big belief in the group. I’m really proud of what the boys, the staff, everybody involved has produced from a real tough moment.

“As a club, we’ve pulled together.”